I have a TL-WR940N router, on which I have installed OpenWRT.

This router is used as a wireless client to my main network so that I can plug it anywhere and it gets internet from WWAN.

Now, I'd like to test a device that has a specific network configuration (static IP, specific domain, specific DNS etc.) I wanted to use the WAN port that I have on my router for that, but I cannot figure out how to make that port do the same masquerading for its clients so that they can reach the internet. 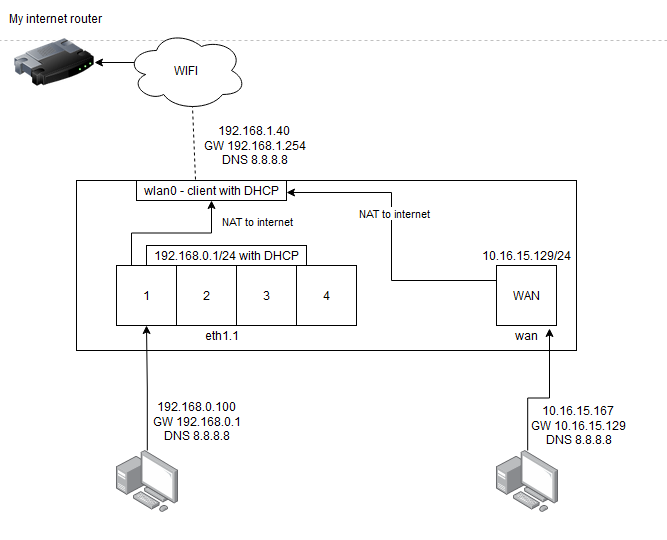 I tried to create a new FW zone (lan2) in which includes the WAN port, and add the same kind of rules (masquerading etc.) that I did for lan, but it doesn't seem to be working.

Ideally, I'd like both lan and lan2 to be able to discuss between themselves, and both should be able to reach internet through the wlan.

Any idea on how to do that? Is the "wan" port limited in some way? I cannot see it in the "switch" view, which tells me it might be a specific interface on which standard rules might not apply.

All right.. this is just simple. I fumbled a bit too much with the parameters, and it was simple.

And it works fine.

And here is my "interfaces" view: 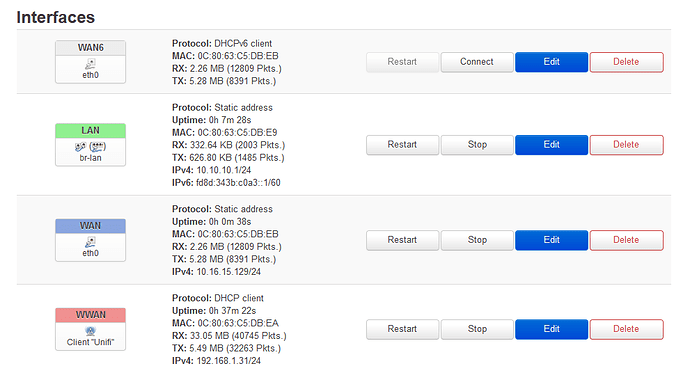 I made sure to disable WAN6, which I suspect was one of the reasons the setup didn't work.