I am trying to configure BATMAN-adv on a TP-Link CPE210 v3, I have already followed the settings of https://www.open-mesh.ogr/projects/batman-adv/wiki/Batman-adv-openwrt-config but I get to a point where it tells me that the protocol is not supported and that I must install some dependencies. I thank whoever can help me out of this problem, I am trying to implement a community network in my city. Thank you. 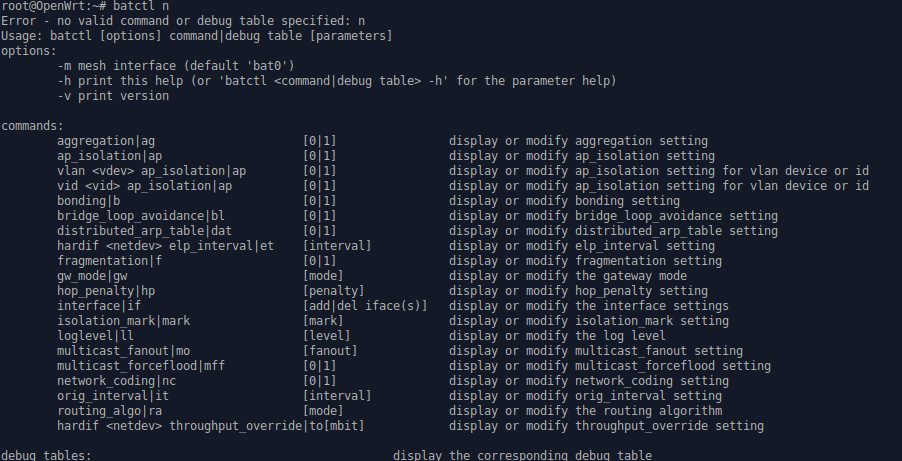 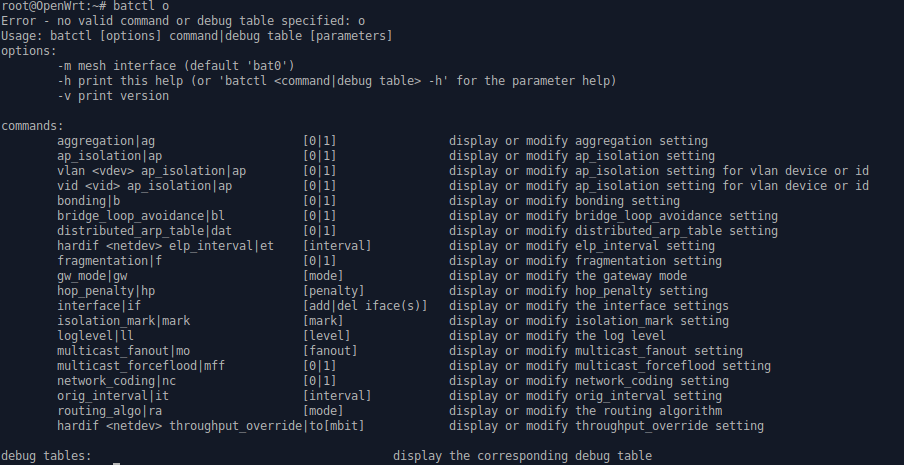 From trying to make configurations, unconfigure the firmware, I resolved to restore the system and after running opkg install kmod-batman-adv those are the answers to run batman n and batman o.

Your batman-adv configuration seems incomplete or have issues

I successfully followed the settings from https://openwrt.org/docs/guide-user/network/wifi/mesh/batman but I still have the issue of extensions asking me to install. I will continue working on the matter and I will tell you how did it just go?.

still have the issue of extensions asking me to install.

There is no such extension (i.e. Luci support for BATMAN) to my knowledge, just ignore that.

Perfect, so I'm going to configure the other three nodes, to test the mesh network.

If batctl o or n show it should work

Thank you very much, I will do the configuration work on the other nodes and I already tell you

There was a time, where batman interfaces would show up as "Unmanaged", but with interface statistics like RX/TX bytes etc. That was much more useful than "Unsupported protocol".

That "functionality" broke several time, I had opened a thread in the development section. I compiled a snapshot today, and the "issue" persists.