Hi guys!
I recently bought Asus's router RT-N16 which has those 2 chips:
ETH chip1: BCM4718A1
Switch: BCM53115S
I bought it with intention to connect it to wired 802.1x network in our student's dorm. I flashed it and installed OpenWRT, installed wpa_supplicant, created a config file... so far, so good. But when I want to run wpa_supplicant with the following command:
wpa_supplicant -i eth0.1 -D roboswitch -p multicast_only=1 -c etc/config/wpa.conf
I get an error, saying:

I read some articles, that roboswitch might no longer be supported with switch's version, so I ran the following command to start it too:

which returned me this error:

I read this ticket too: https://dev.archive.openwrt.org/ticket/14374.html . It was posted 4 years ago, so I have a question, if 802.1x is already supported on my chip? Another question: if it's not supported, is there a way to get this router up and running on 802.1x or did I throw my money away on this router?
If you need any additional config files etc., I'm ready to provide them.

But when I want to run wpa_supplicant with the following command:

Is there a reason you're not using UCI configuration, netifd, and procd to manage the networking?

Sorry, but I'm completly new to OpenWRT. I SSHed to the router, installed wpa-supplicant, made a wpa.conf file with the following configuration in the directory /etc/config:

I know that LuCI is the web GUI for management. Is UCI any different?

Edit: Looks like 802.1X authentication may not be supported on the OP's Broadcom switch with current drivers (TBD). As such, the following may not help

netifd manages the network configuration, based on the config files in /etc/config/. Those files are in "UCI" format. It will create and manage the wireless and wired networking based on those files, including spawning and managing hostapd, wpa_supplicant, and the like, including their run-time config files. netifd is sort of, very loosely, the equivalent of the run-time portions of NetworkManager on Ubuntu or the like.

LuCI is a web-based interface to this underlying structure that simplifies router management for common configurations (and a few uncommon ones too). You can use LuCI to "edit" the config files, you can manually edit those files (as I do), or you can go "completely off the rails" and write your own management scripts.

IMHO to make wpa_supplicant work on this link I need either BCM53115
linux driver with working multicast joining support or patch for
wpa_supplicant to make the roboswitch driver to initialize BCM53115
correctly.

This patch adds support for Broadcom's BCM53xx switch family, also known
as RoboSwitch. Some of these switches are ubiquituous, found in home
routers, Wi-Fi routers, DSL and cable modem gateways and other
networking related products.

Basic operations are supported to bring the Layer 1/2 up and running,
but not much more at this point, subsequent patches add the remaining
features.

Thanks for all the information! I appriciate it very much!
If I understand correctly, are you then recommending pushing this patch from Ozlabs to my router's firmware?

Those patches are, as far as I know, already in "upstream" Linux, as well as in OpenWrt. There have been several OpenWrt commits related to that driver since 2016, from what I could tell.

I'd first try configuring the 802.1X through UCI (either directly in /etc/config/network or the like, or, if possible and you prefer, through LuCI).

Here's a compact log of changes in the OpenWrt master branch for that directory:

Okay, I now understand what you meant with UCI

Would you please help me with finishing the config?
I really don't know what to change to add wpa supplicant... This is my first ever try to change something over SSH that much...

There may be some clues for you at 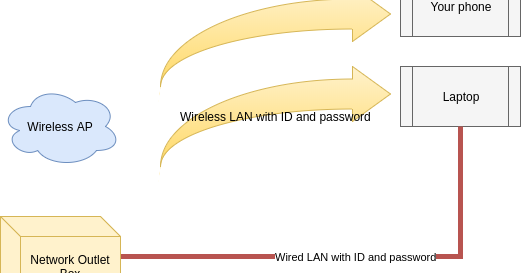 How to configure OpenWRT router as 802.1X wired access client.

이 글은 영어로만 작성되었습니다. I am student of University of Macau who lives in dormitory and struggled with poor WiFi signal. Our campus using 802....

If that doesn't help (and even if it does), you might want to edit the title of your thread to include "wired 802.1X access" or the like, to attract the attention of someone who may have further insight.