I need some help from you guys. My Sitecom WLR-5100 v1 002 is bricked (after a factory firmware upgrade), but i can communicate to him by serial port (U-boot).

I want to flash the router with the factory firmware,

Find here the full manual and the latest software for your WLR-5100v1002 Wi-Fi Router X5 N600. At Sitecom we are continuously improving our products. We regularly release firmware with new functions.

but the factory firm is a .dlf file and after studying the next topic:

i figured out that i need to decode the factory .dlf file, but i don't know how to do it.

Could you please post some pictures of the PCB and maybe the log of the bootloader?
I can't find any information about the WLR-5100 online and I'm curious which chipset's it uses.

Do you want to keep using the factory firmware or will OpenWRT (if possible) also fit your needs?

First of all, thank you for your reply. 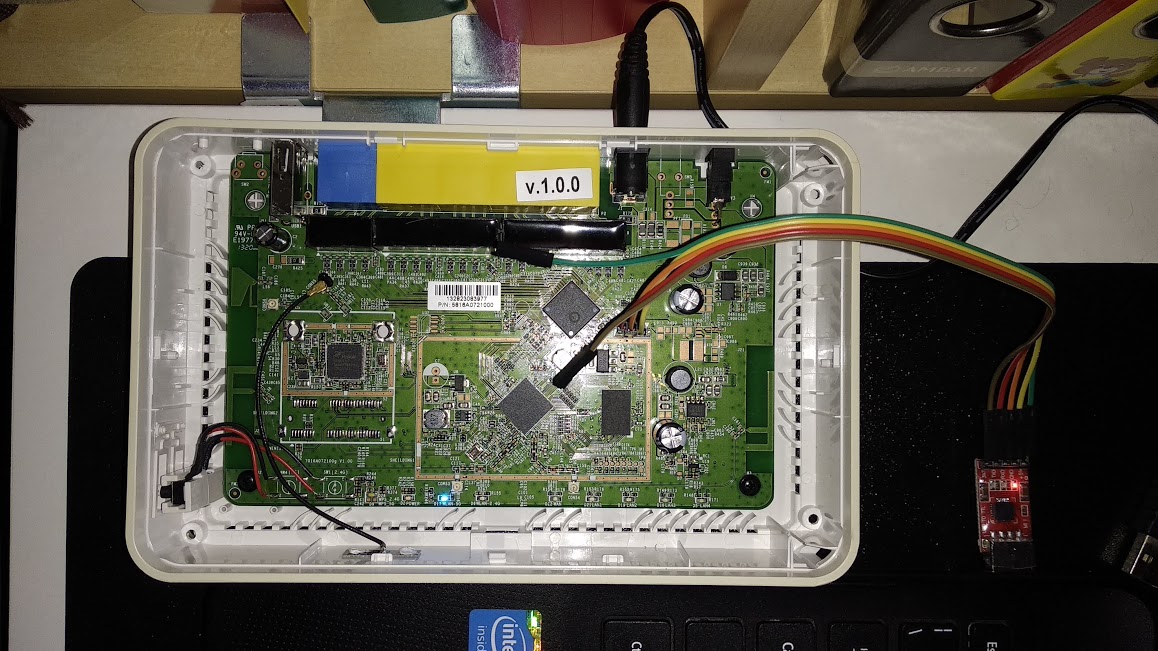 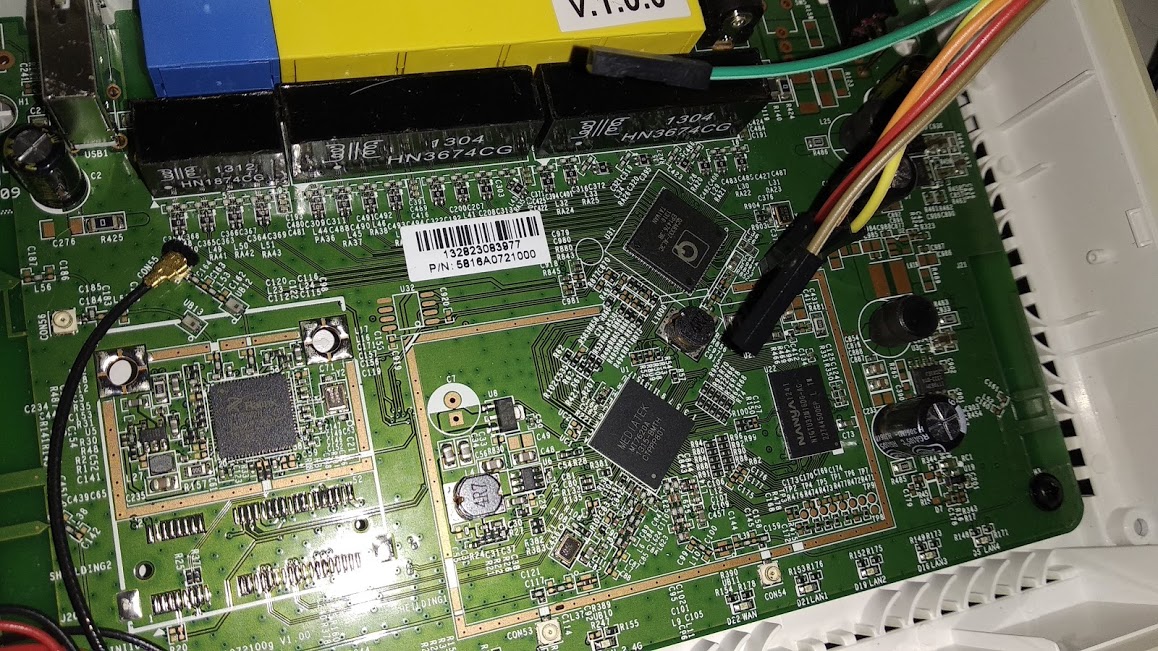 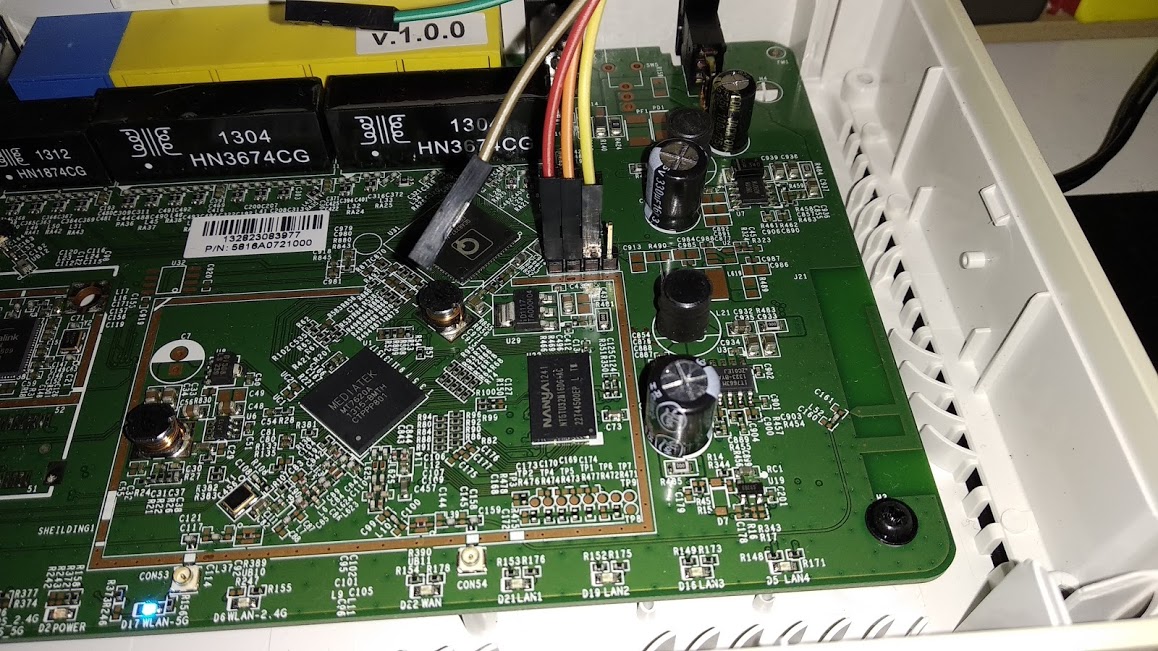 And here's the bootloader:
"

I want to keep using the factory firmware.

Someone knows the speed of this chipset?

From your bootloader I read WLR-5100v1003 firmware loaded on v1002 hardware.
I have the WLR-4100v1002 having the very same PCB, but without the 5GHz. module soldered on it.
We may have the same SW since I read in mine:
bootfile=uImageWLR-5100v1002
I suppose the factory SW is similar among other routers, therefore the WLR-8100 Factory firmware firmware recovery:
https://openwrt.org/toh/sitecom/wlr-8100
may works for WLR-5100 as well

Ah Sitecom DLF firmwares. Use mksenaofw to decrypt them. That tool is included as binary in the OpenWRT SDK.

Here is the decrypted firmware.

Edit: Why are you kicking a 2 year old topic back to life @Sirpolex? I could drink an additional beer instead of spending my time decrypting a firmware file for a question asked 2 years ago lol.

Why are you kicking a 2 year old topic back to life @Sirpolex?

Before proceeding with the burning of Flash memory of my WLR-4100 I would like to know a revert procedure. I found this post and I preferred to resurrect it instead of a new one.
Thank you for your reply.

I try to execute the firmware without contaminating the Flash.
Nevertheless, I understood that we have several Flash Area containing Router specific piece of information like MAC addresses and clibration parameters. Like in the WLR-2100:

LEDE firmware for Sitecom Wireless Router N300 X2 (WLR-2100 v2) Proceed with caution Using and flashing a custom firmware is a very delicate process. You might damage your device, so proceed with care! Use this guide and firmware at your own risk. Neither LEDE nor I can be held responsible for causing damage to your router. Software and hardware prerequisites Listed are the required software and hardware with examples. Serial terminal. Use minicom (Linux), PuTTY (Windows), or other preferre…

Regarding saving and using cat or dd for backup:

Just to point out: Never use DD or CAT to read/write on any router using Nand based flash, such EA7500 or EA8100. Use nandread nandwrite nanddump instead.

Also cat /proc/mtd shows the parititions with name, should gives some hint what is stored in the partitions.

I am not able to establish a network connection with the router (Factory firmware does not allow ssh).