Try to fix TG789vac or buy Asus or other good modem?

We have a pretty bad issue which my son believes is a case of "buffer bloat" & we'd like to solve/fix this.

We are FTTN & with Internode. Our speeds are "ok" considering the mongrel connection (thanks LNP!!). However, we get this "pattern" (meaning, it happens at sort-of set intervals) of super-high, ms ping spikes which are bad enough it can kill an ongoing Skype chat (sometimes as high as 1000-3000ms). Gaming is basically impossible.

From DSLReports: I'm in Western AU & the buffer part of their test has been broken for us for a long time. The last time I got it to work, the little arc would fly up to the end/turn red multiple times during the test. I think our best score ever was "C".

Ther are some QoS settings in the TG789vac, but we have no idea how to go about setting them. Reading on it looks like you need a TAFE or uni course to understand it (& each modem/router has different settings, as well). I've read some of the Aus modems have the QoS sorted out of the box?

So, my query is two-fold.

What many people (including myself) have done with ADSL/VDSL gateways is to buy our own router, and setup what is called a "bridge" from the gateway to the router.

What that means is that the firewall, DHCP, and wireless functions are turned off on the gateway, and turned on for your router.

Your router does all the heavy lifting, including QOS.

Take a look at the list of "LEDE-friendly" routers...

Wrong ToH. OP is searching for a device with modem.

One reason I'm looking for a new modem/router/VDSL2 is because it's my son who is most impacted by our current situation. He is both a gamer as well as a software engineer starting a new job fresh out of uni. While he's excellent in some things, hardware is not his forte (yet).

He will likely "leave the nest" soon & I want him to have something that works well which he can bring to his new digs. I'm fine with the TG789 as it doesn't impact me as it does him.

So, I'm actually looking for good specs, reviews, VDSL2 & can be used for ALL NBN types here in AU.

My mind is fried. I have been researching fixes, for WEEKS, & I feel I'm in a loop that isn't really giving me good advice because I get so many alternatives to what I ask-- & they are even MORE complex than the one unit I'm hoping to locate.

In 2018, it seems harder to do things than it did 10-20 years ago. Is it just me feeling this way? Printers disappear/won't scan, etc, email programs-- all fcked up out of nowhere, MS updates breaking the hll out of everything? I use Linux Mint-- but I HELP (try to) friends & such with Windows & it is just exasperating!).

I suggested a router that the TG789vac could bridge to (since I mentioned bridging), rather than a router/modem combo.

So it was the correct TOH article for that conversation.

Would bridging affect the landline phone plugged into the TG789?

If it's just a normal landline, probably not.

If it did, you could easily add a splitter that plugs in to the wall jack...with one connection for the TG789, and one for the phone. The phone would need a DSL filter. 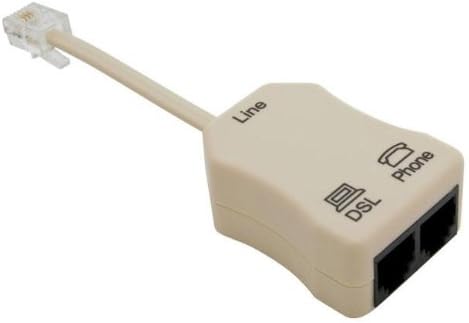 However, if it's VoIP it will break, because a router/modem in bridge mode is just a modem (doesn't route anything).

It's a standard phone but plugged into the RJ11 port on the VDSL2/TG789 modem/router. So, it's not a true "landline", as the phone port at the wall is now pushing the internet signal/VoIP.

I'm pretty sure I tried (have tried a lot of things) a standard, non-VoIP modem/router & it didn't work- has to be VDSL2.

I have got a Linksys E1500 being used as a wireless repeating bridge so my office has physical LAN ports. That's using DD-WRT firmware I set up so long ago I can't even recall how I did it- lol.

Now, we're trying to fix this awful high ping/lag/drop-out issue which only appeared when we were pushed from ADSL to NBN fibre/copper mongrel connection. Of course, no ISP will admit they're bottlenecking or causing anything, let alone try to help. It's pathetic.

So, I guess we're back to having to buy a modem/router that is highly rated to handle QoS, out of the box. I see Asus & Netgear mentioned frequently.

Opinions on my lack of options? Any personal recommendations?

So, it's critical to determine whether you are using VoIP, or a standard voice connection.

As mentioned, bridging the TG789 will break VoIP. You would be back to selecting a VDSL router/modem combination instead of a router only.

Stock (out of the box) firmware on most devices (ISP or purchased) tends to underperform, so even if you did figure out how to set up QOS on the TG789, your results would probably be less than ideal.

This is a good place to start in researching routers...

Buy the best you can afford (and is LEDE-friendly).