URLs are addresses, addresses need to be typable and readable

They are. You are making a wrong assumption that emojis in the title need to be part of the url, for example look at this here:

See the two emojis in the beginning

...both are not part of the URL itself: https://forum.openwrt.org/t/about-the-hardware-questions-and-recommendations-category/2186

No problems what so ever!

except that's showing the post is locked and also pinned. That is useful info and standard to most forum software. And yes. not part of the URL.

I definitely agree that pictures can be extremely helpful in conveying thoughts and ideas and livening things up.

But there is something different and unique about emojis. I am guilty of using them myself from time to time, but I wonder if there is something to be said for more practice in framing things in plain old words? I mean sometimes emojis can kind of cheapen interaction, right? 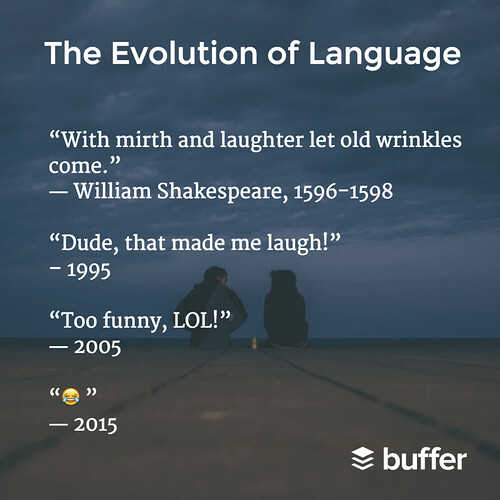 And anyway, aren't emojis mainly for use by generation snowflake?

I concur with the sentiments raised here:

we're not 12 and this isnt farcebook, twatter or twittok.

As the great Samuel L once said : 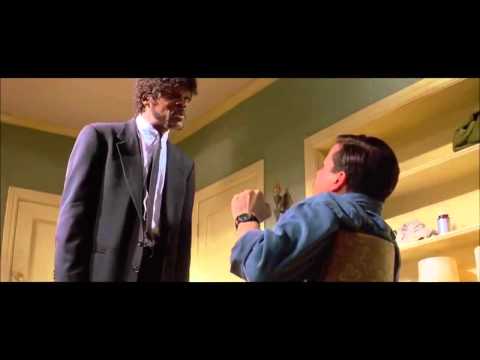 That is useful info and standard to most forum software

It's also standard (default even on in discourse afaik) and useful to have emojis in the title (imho). It was activily turned off in this forum. I could expect it was one #grumpyold... who turned it off - was it you @mercygroundabyss?

And yes. not part of the URL.

Should i call the admin and ask him to rename this topic to "The OT post?"

Should i call the admin

I called the leader already

Summoning Admins is like summoning Cthulhu - Not always wise
Best of luck.

I'm quite confident it was a admin who turned the function off - a moderator shouldn't have the rights to do so...

So to get a light

it was the only solution to summon cthulhu the leader

If we have to translate your emoji

If wisely used by it's authors (that's for sure not guranteed) it's actually not even necessary to "translate" emoji's. 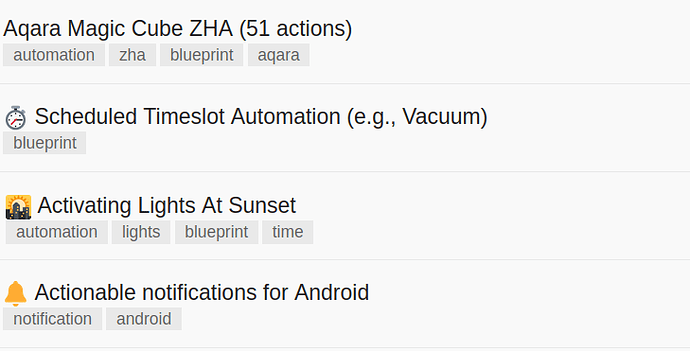 No eye bleeding? No unreadable URLs? No seo problems? No cancer?

That is useful info 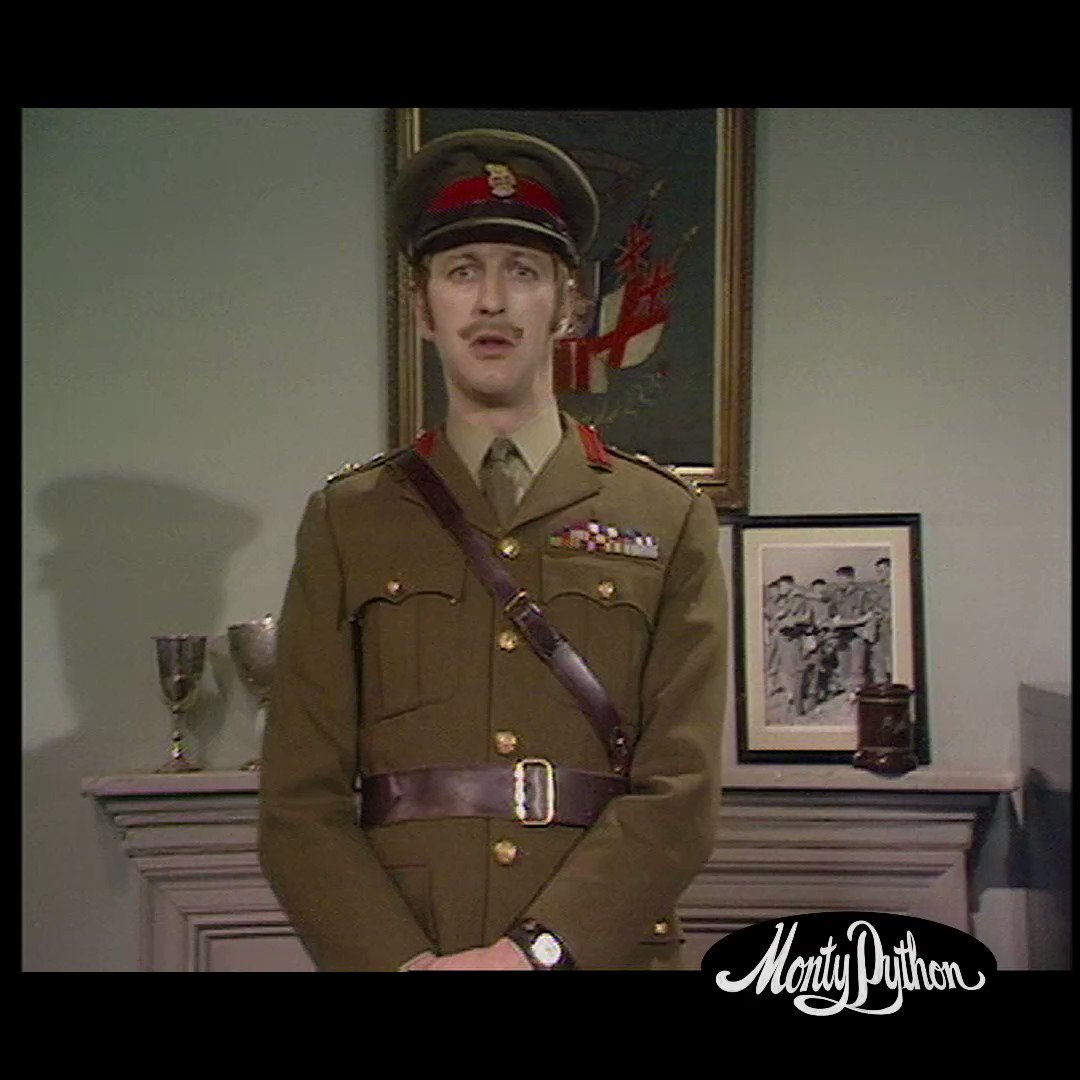 To be fair looks like you have some convincing to do yet to secure a majority!

you have some convincing to do

Well, it should be free to everybody to make use or not make use of it - like it is now in posts. No obligations.

Hmm. Freedom. So like free speech and guns. I think I can get behind that.

but certainly no (free) 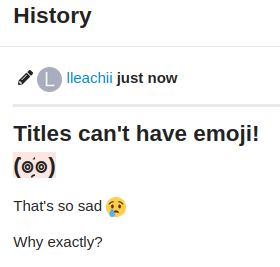 Maybe you should respond to the same private message you messaged me directly - while refusing to respond to it. But seems odd you expect an answer from me or anyone else, when you won't answer us.

I won't even cover the trolling in the thread that started this.

I should flag that for harassment - since everyone can see it.

Yes, you're a comedian "in the worse way".

I mean sometimes emojis can kind of cheapen interaction, right?

Well, we all are typically bad in reading the correct intent of casually written prose (there is a reason why writers typically labor a lot about their texts before offering them to the public). So using signals to convey the normal gamut of non-verbal modes of communication we all use in direct conversations to help avoid or post-hoc clear up misunderstandings can be helpful.
Emojis, for all their yuck-factor, are a convenient short hand to add intent markers to forum/email discussions and hence have value IMHO.
Titles however should be composed with enough care to not needing such clutches (outside of the "classical" letter and punctuation compounds).