After months of research, i found today for those that be stuck on the firmware 10.0.5.17, a firmware here, for ax quad core global version

I have been reading the thread and I am wondering if anyone has made any progress on getting this router supported by OpenWRT. I own this router and the dual-core version, and the secrecy Huawei is having lately makes me want to flash something else in there ASAP.

Do we know anything? Thanks!!

Any trouble with WiFi speed after 4-5 days of up-time? I'm getting crazy with this, once it happens the speed router->clients drops to around 1Mbps (bit not byte) and stays there. Doesn't matter the band, doesn't matter if it's a single client, if it's doing NAT or set as bridge and it's not about the internet speed (I'm using iperf3 and librespeed stuff locally in all combinations).I'm pretty sure it's a software issue, it would've been great to run openwrt on it (and probably much more controllable and debug-able).

I just got an AX3 Quad Core Brazilian version. It is actually the "-30" model (WS7200-30). This seems to be the same model sold in Canada (see the model number in the Quick Start Guide at https://consumer.huawei.com/ca/support/routers/ax3-quad-core/).

The 2.4Ghz signal strength seems OK, but the 5Ghz power seems to be very low.

I just opened/took it apart, see some pictures below (I removed the heatsinks but the RF metal shields seemed to be soldered and I didn't try to removed them).

BTW, after the initial setup the firmware updated to version 10.0.5.24(C506) and it seems to be the latest firmware released to this specific -30 model. 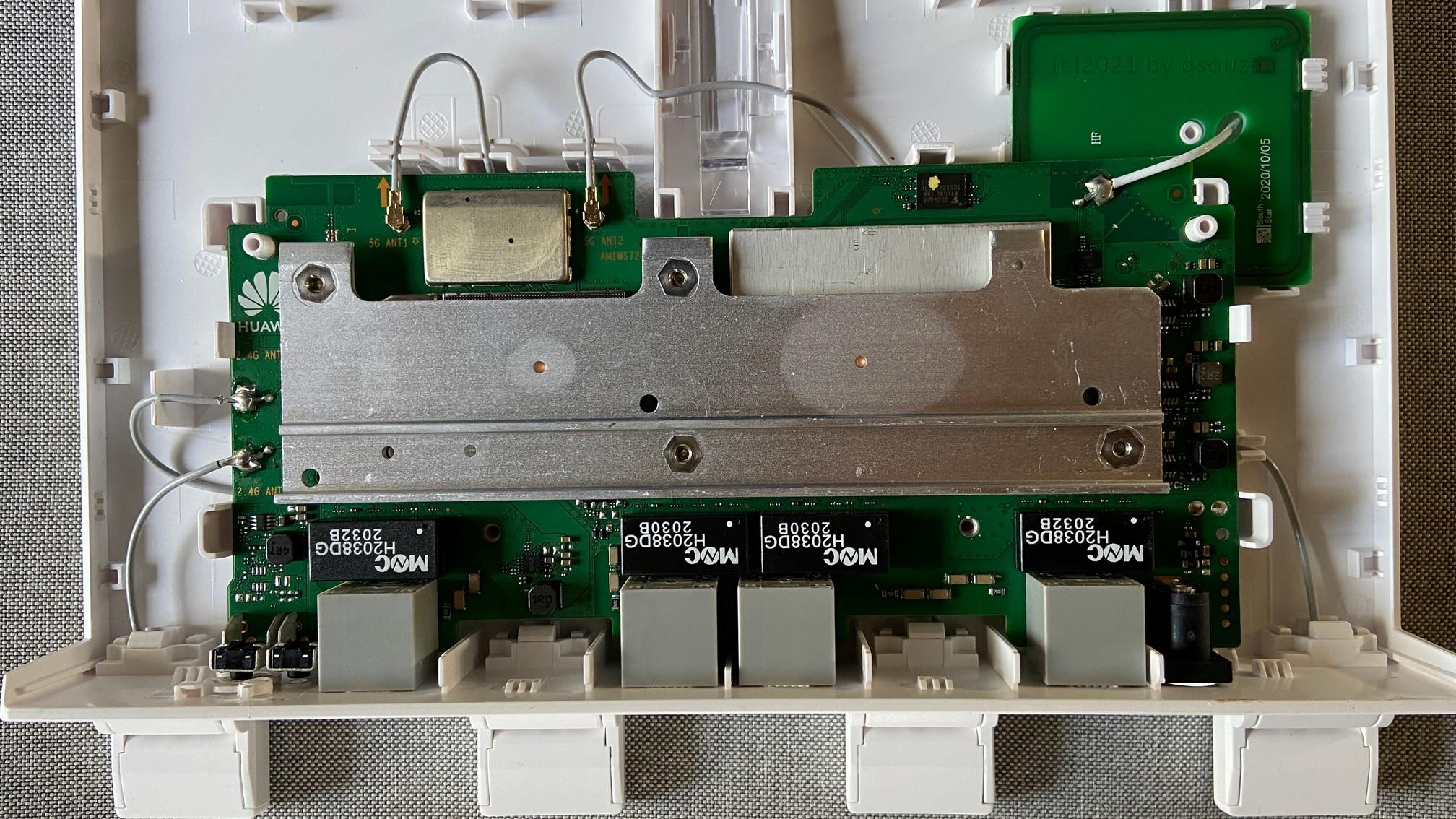 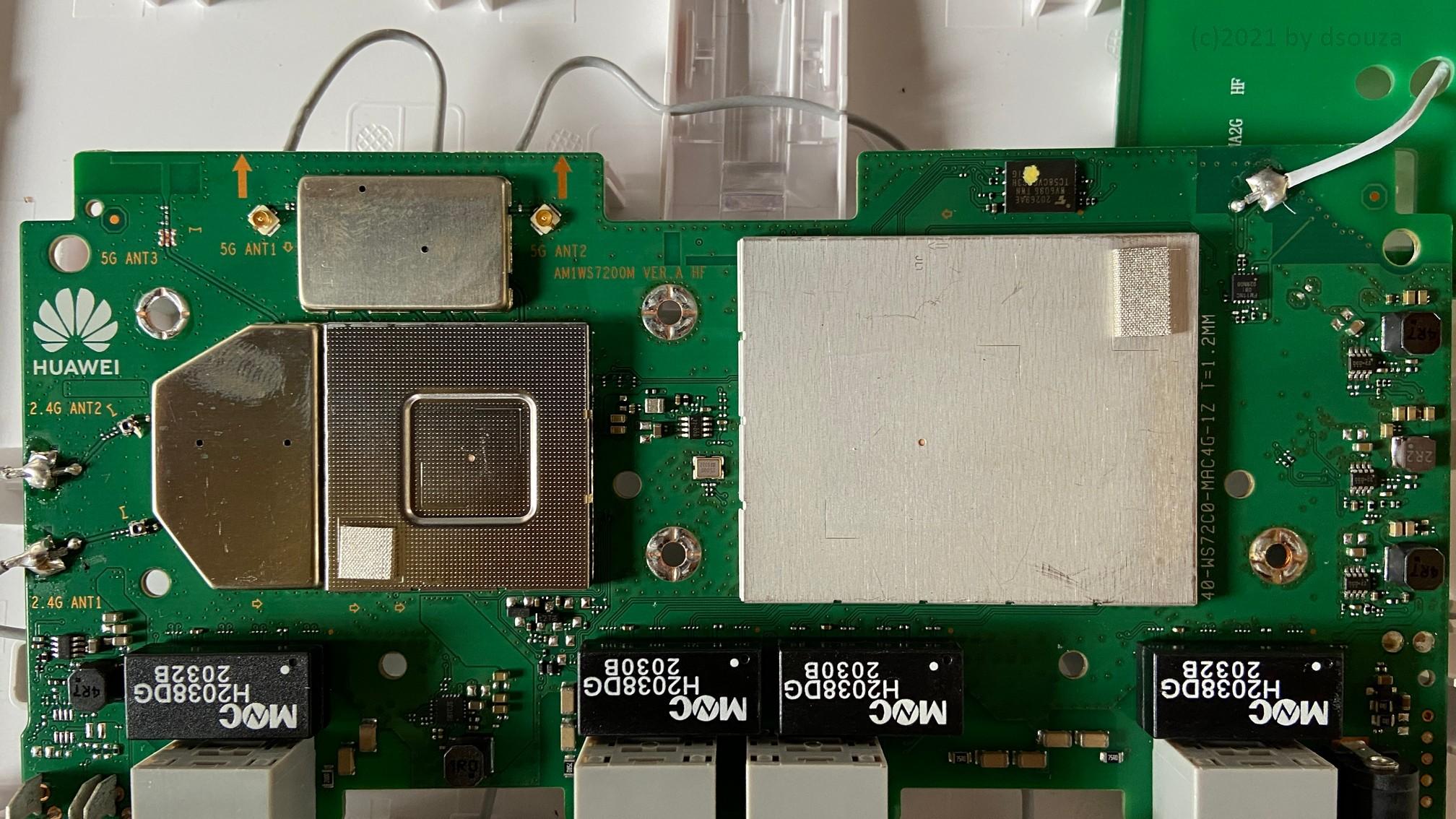 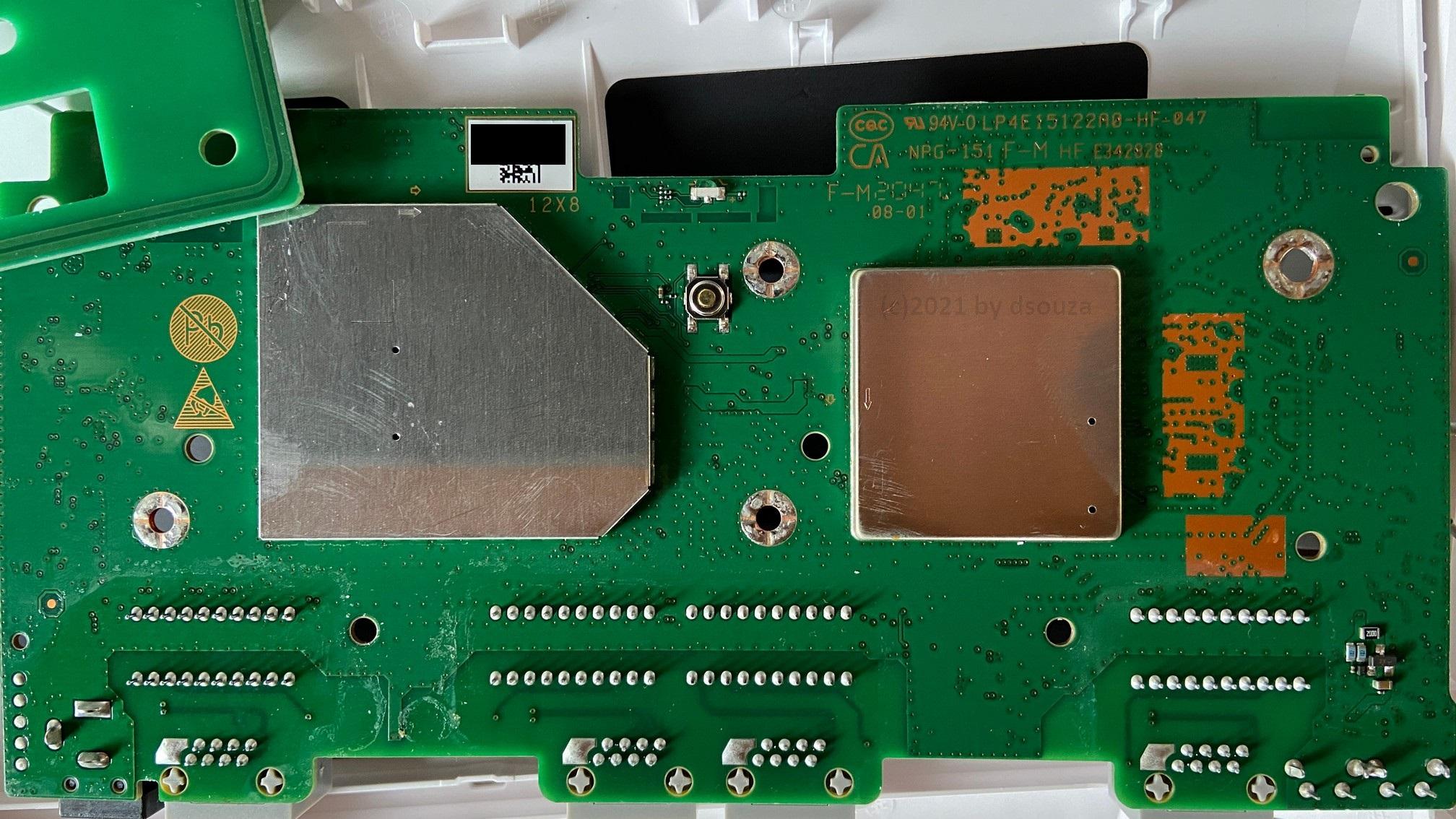 I just bought the quad core EU/German version and am kinda disappointed with it so far. Web software is kinda buggy. Also the latency is really bad. I get 2-3ms ping latency over the router in access point mode. Which is bad. Another AP I have I get 1ms constant pings.

Anyone know where to download the latest firmware from? I cant find it anywhere on the huawei site which is kinda a joke.

There is a request on the Huawei support community Huawei AX3 Pro WS7200 GPL Source Code Request - Huawei Enterprise Support Community. Suggest everyone like this post, then they may feel more pressure to release the source code as they are required by GPL rules.

Yes but as shown in the comments, that is an enterprise community. They do not fully understand the GPL stuff either. Someone sent an e-mail already but of course: no reply

Did you bought it in Brazil? Does your model have 1 WAN port and 3 LAN ports or the 4 Giga ports with no specific WAN port?

I purchased the Brazilian version from Aliexpress. It has 1 WAN port and 3 LAN ports.

Anyone have the last global update for ax3 pro? link plx

link? plx ax3 pro global is the one i have.

Answering myself (see my previous reply) I twisted their arm eventually and the device was replaced under warranty and indeed with the new one the WiFi doesn't slow down after a few days (I have now 10+ days of uptime). Still something seems off, like top speeds a little under what I had before (still in hundreds Mbps, I'm fine with that) and it seems like moderate transfers 50-100Mbps are breaking (few Mbps) streaming on other machine which didn't happen before but I'll blame for now two machines which I moved from Windows to Linux and it seems that the WiFi 5 support kind of sucks.

The board of your version is the same one as the chinese one, in other words, the one that has the amplifiers as you can see here: 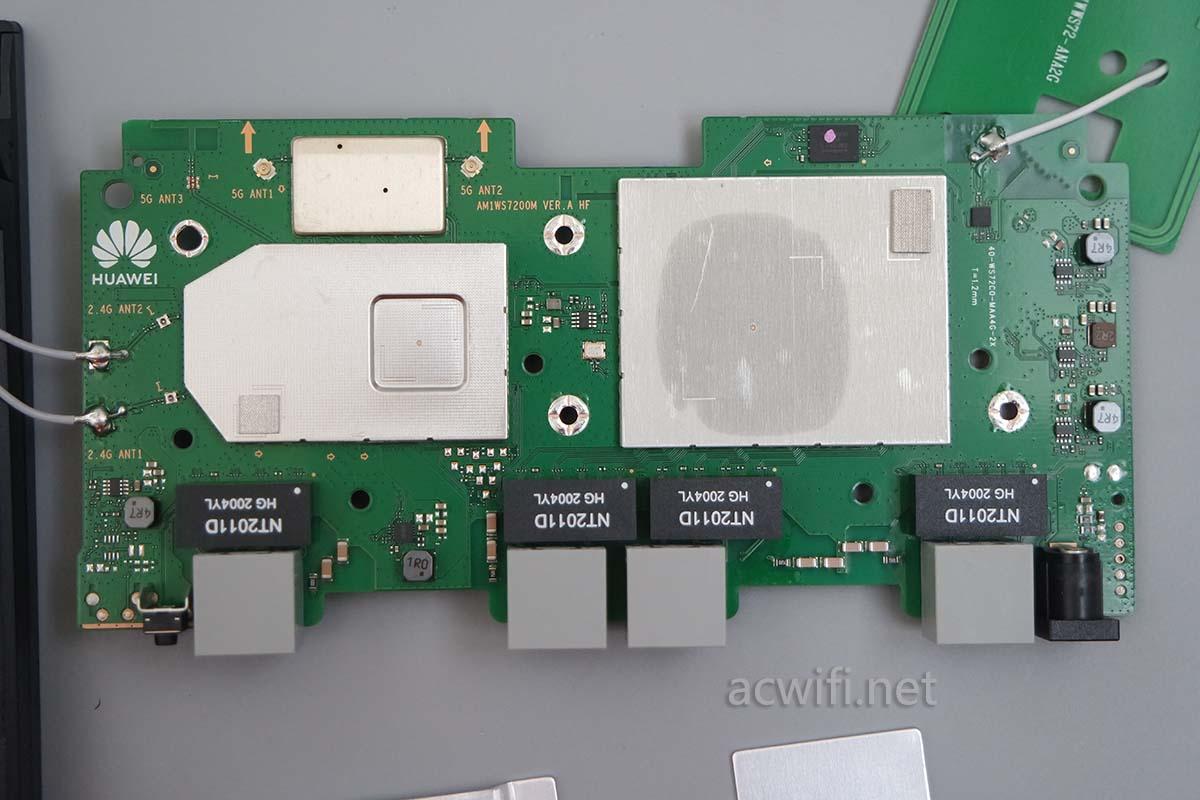 This is a picture of the chinese board, and the number on your board and this one are the same = AM1WS7200M

Here you can see the amplifiers themselves:

The boards that dont have the amplifiers have different board number like this one:

So, are you sure there are no amplifiers in the router you got? How did you test the wifi 5 Ghz? Which device? Cause the client makes a big difference too, its not just the router!

Like in my case where i have and AX6000 from xiaomi and on my mi 8 i get excellent wifi range and speeds on a big house, but a family member with Mi A2 lite have much worse range and speeds!

So, are you sure there are no amplifiers in the router you got? How did you test the wifi 5 Ghz? Which device? Cause the client makes a big difference too, its not just the router!

As we discussed in the Brazilian forum, I suspect (but I have no evidences) that you may be right and in fact this router may have the additional amplifiers. However I believe the TX power might be reduced by the firmware due to regulatory issues. There are some reports of the russian version running a debug firmware which greatly increases the singal range.

I tested the wifi range with a laptop (with a Wifi 6E card - Intel AX210), an iPhone 11 and an iPad (on the laptop with Windows 10 I used the command "netsh wlan show interface" to monitor the signal strength and connection speed plus IPERF3 to test the troughput).

Do you know if the Brazilian version (ax3 pro 4 core, with 4 amplifiers, at least they say it). Support the Chinese firmware?

First you should try to get the firmware of the Brazilan and the enhanced version. quad core and four amplifiers is the most powerful there is, maybe there are differences in the C specification (c500, c506). this is nonsense. if the CE version only has more languages, every improvement makes sense. or there are regional updates that are only relevant. it is. There are however hi1152 or SKY85333-11 chip

only the downgrade visit is correct 10.0.5.38
https://workupload.com/file/2vMNjPuj3T3 - only China Version

if you need the complet desaster