Upd.: Now I can flash any firmware to check and return the factory state. I hope there is an interested developer here who can start porting using my router for tests.

I waiting for your answer, and describe my problem.

I have Connect Box from UPC at my first router and Xiaomi AC2350 as my wireless repeater. I have non stop problem to lose connection from Xiaomi to Connet Box.

+1. Available settings on this router are so basic.

Also i have a CB. Try the Xiaomi as router and use the CB in modem mode.

Currently, I have found 2 ways to open ssh access.

1 ) Via UART on the board.
This method is easier for those who know how to use a soldering iron. You will need a USB to TTL adapter.

I connected to UART without opening the case through the vents. 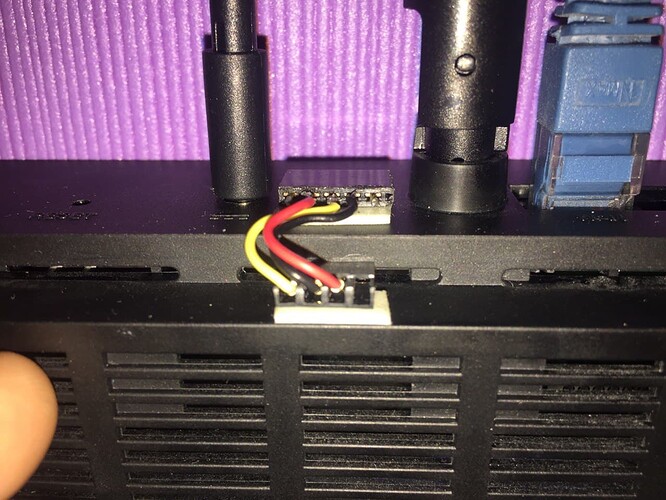 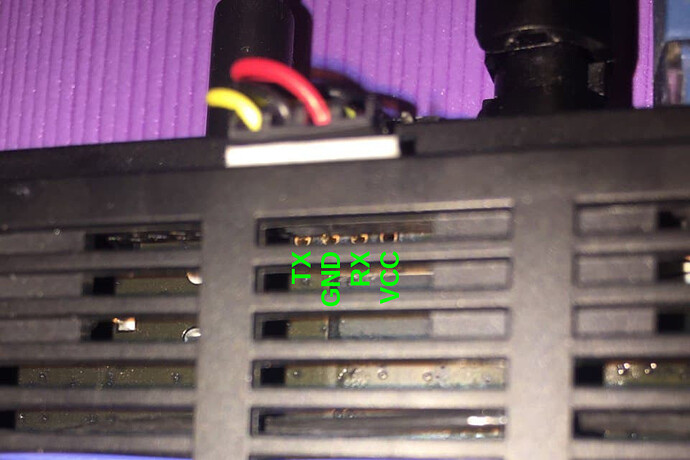 I use minicom on Linux and macOS. On Windows you can use Putty. The connection speed is 115200. If you have connected everything correctly, then a log will be displayed in the terminal program on the computer after restarting the router.

Now we need to make the router think that we are in emergency mode and let us go to the u-boot console. Connect the power to the router and turn it off after 5-10 seconds. After the next power connection, the startup will be stopped for 2 seconds. At this time, you should see the inscription Hit any key to stop autoboot: and a countdown (2..1..0). At this time, you need to press any key and you will be taken to the u-boot console. If everything is done correctly, you will see the prompt: ath>.

Next, we will need a TFTP server on the computer. To do this on Linux, you can use dnsmasq for example. Copy the following files to the root folder of the TFTP server:

When you first start the ssh server on the router, an RSA key is generated, so the launch will take longer. After about 2 minutes, SSH access should be opened.

2 ) Using a vulnerability exploited through the web interface
This method does not require soldering skills, but requires an additional access point on a controlled firmware (OpenWRT or similar).
Based on Adding OpenWrt support for Xiaomi AX3600

You will need an WiFi AP where you can respond to HTTP POST requests. Almost any access point or wireless router on an alternative firmware will work.
On a POST request to /cgi-bin/luci/api/xqsystem/token it should answer:
{"code":0,"token":"; nvram set ssh_en=1; nvram commit; sed -i 's/channel=.*/channel=\"debug\"/g' /etc/init.d/dropbear; /etc/init.d/dropbear start;"}

Also, this access point must have the DHCP server disabled, the wired network disconnected, and the IP address set to 169.254.31.1.

Now we need to log in to the web interface on the hacked router. After that, you need to copy the token to the url (after stok= and before the next slash). Next, insert the following url in the address bar:
http://<router IP>/cgi-bin/luci/;stok=<STOK>/api/xqsystem/extendwifi_connect_inited_router?ssid=ssidname&password=PaSsW0rd&encryption=WPA2PSK&enctype=AES&channel=11&band=2g&admin_username=user&admin_password=pwd&admin_nonce=xxx
<STOK> - token copied from the previous url
ssid, password, encryption, enctype, channel, band - connection parameters to the second WiFi access point
admin_username, admin_password, admin_nonce - ignored, can contain any values

After successful loading of this url, SSH access will be opened. However, without flashing modified rootfs, you will have to go through the described procedure again after each reboot of the router.

PS Changes to the modified rootfs:

Thank you for explaint what to do, but I don't have that access point to do that.

Csszokolai thank you for help, but I need to have Connect Box on other room that i have Xiaomi AC250, so for me is impossible.

For me the only solution is to anybody compile new rom with SSH support.

Thank you for explaint what to do, but I don't have that access point to do that.

For me the only solution is to anybody compile new rom with SSH support.

Unfortunately, this is not possible until the private key for signing firmware has leaked. The RSA signature is checked both when flashing via the web interface and using recovery mode via TFTP.

I have a USB2TTL adaper and have already used it on the Zyxel NSA310, but no soldering because unfortunately I have no soldering iron or talent to work with it.
It looks like I will have to replace this router with another - what would you recommend me?

I thought something like this would be a better solution: 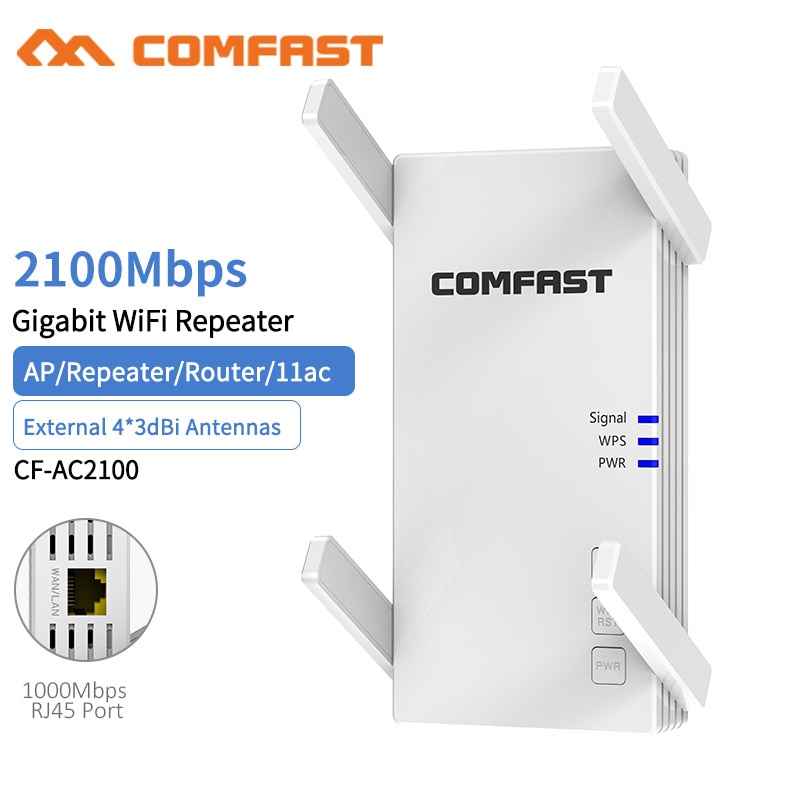 Please see https://openwrt.org/faq/which_router_should_i_buy before asking for recommendations. This way you will get better recommendations and come to a quicker solution.

Thank you for all your help - for now I test connection with my wifi without any special characters, beacaus that may be my solution for problem with lost connection.

I just got mine yesterday and didnt givet very long until I wanted to get ssh going.
I opened it up and put a ch341a clamp on the flash and dumped it all with asprogrammer.
I then edited the few values to enable telnet ssh and uart using this guide

Capture2681050×365 16.2 KB
Then happy a bit too soon feeling safe I dumped the flash earlier I went to flashing the edited bin also using asprogrammer.
Sadly it didnt boot and leds glow blue.
Not sure where I went wrong. I had the power disconnected from the router while flashing and let it sit for a minute after before trying to boot.

I obviously tried flashing back the unmodified dump I made and it still does not boot. I can't figure it out.
I tried using a xubuntu liveusb and flashboot aswell and it reports to flash fine but wont boot still.

Any pointers would be appreciated. I could also upload the flash if needed.

When you edit parameters in Bdata or in nvram, you need to recalculate the checksum! Otherwise, the parameters from these partitions will not be read by the firmware.
Can you connect to UART via USB2TTL adapter? I think the boot log from UART console could have given more information.

Aye rookie misstake by me i guess. I belive the ch341a can do that indeed I don't have the nice cables to do it sadly.
Dum question im sure but can I recalculate it running the edited bin thru a program?
And how come it does not recover when flashing the unedited bin? Shouldnt that match?

To clarify I edited the dumped .bin using hxd following the first steps from here. https://aisoa.cn/post-3120.html

Aye rookie misstake by me i guess. I belive the ch341a can do that indeed I don't have the nice cables to do it sadly.

Dum question im sure but can I recalculate it running the edited bin thru a program?

To edit the dumps of nvram and Bdata partitions, I used a script for AX3600 (https://github.com/odedlaz/ax3600-files/blob/master/scripts/header.py)

And how come it does not recover when flashing the unedited bin? Shouldnt that match?

I think that first of all you need to understand why it is not restored on an unmodified dump. The dump may have been made incorrectly. If you post a dump somewhere, I can see how much it looks like a real dump.

To clarify I edited the dumped .bin using hxd following the first steps from here. https://aisoa.cn/post-3120.html

I've seen this manual. It not only ignores checksum nvram and Bdata, but also does not take into account that on our model, the dropbear startup script checks the contents of /usr/share/xiaoqiang/xiaoqiang_version file in the firmware:

edit removed the link to the corrupt flash image
I had some trial and error time using rrCrcmanipulator to get the same checksum. Still no "proper" boot both leds light up blue and there is no action on the LAN leds. I'll have a look at the script to see if that can fix it for me. Thank you eisaev for helping out. Im starting to belive it's bricked for good after just one day.

Update I 3.3V modded the ch341a and soldered up some wires to stick down the uart. I just held them in place while starting putty at 115200. I get no resonable readout which is fairly expected still I guess when the checksums isnt 100% factory. the rrCrcmanipulator did make the whole rom have the right checksum but im treating the whole rom and not the partitions individually so thats maybe where it fails?