Archer C7 with 18.06.01. I have a smart TV connected to the Ethernet port of the router. When I am streaming on TV, my WiFi connection goes wonky (ping time goes up and down to the router from the wireless client), really slow loading websites or even dead (new clients cannot connect). The test wireless client was physically 6 feet from the router in the same room.

I have reliable 100 Mb cable connection to the web (speed tests confirm it too) so bandwidth is not an issue. I connected that client PC directly to the Ethernet port while TV was streaming and I did not see this problem wither. So, it seems that it is related to WiFi.

How do I investigate? Do I need QOS? How do I set it up?

Is this a multicast IPTV stream? Multicast sent over wifi uses the lowest wifi bitrate, which might be about the rate of your TV stream so that the multicast takes up all the airtime. The answer is some combination of igmp snooping, multicast to unicast conversion, or VLAN isolation of multicast traffic to Ethernet only

It's seems to be because of IPTV + igmp traffic.

The stream is Netflix.

@bonjurkes The CPU and memory usage is low. Other than bwmon and adblock, I do not have anything else installed. I also did not have any other clients active (connected but not active).

@klingon & @dlakelan The WiFi is already on a separate VLAN. So I do not think it multicast issue.

what is the idle percentage during the stream, when cpu usage is all taken up in the kernel it can look low if you're looking at the wrong statistic. the one to look at is idle, which should be substantially above 0% to rule out CPU.

Edit: also are you streaming via a VPN?

I have attached screenshots taken while streaming. It is just Netflix. I have not installed VPN on this router yet.
I am surprised DNSMASQ takes this much CPU time. I do have adblock installed. I had seen similar problem with WDR3600 on Chaos too. The Ethernet works fine, guest VLAN on WiFi suffers with bad ping times. 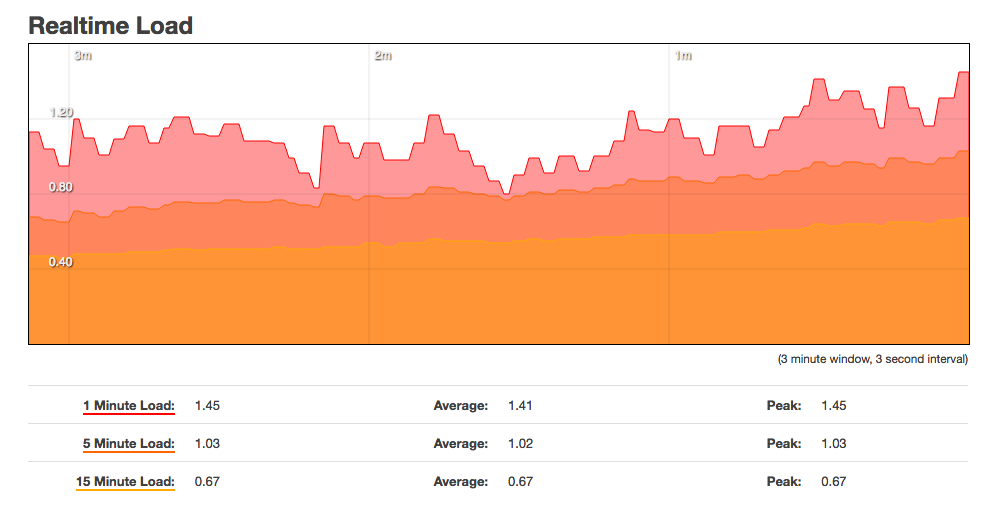 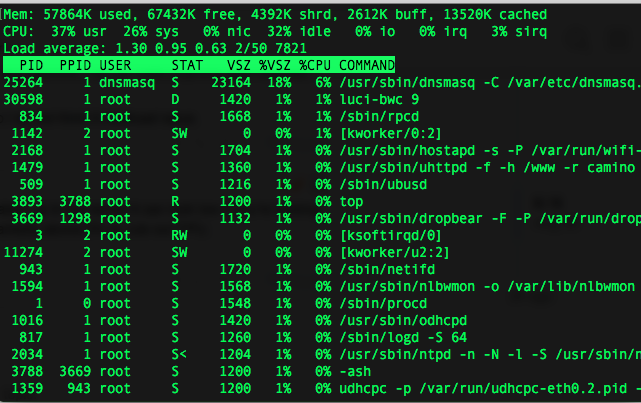 32% idle suggests not a CPU issue. Netflix means it's an http stream, so no multicast issue.

QoS might help here, but a C7 is likely to struggle shaping 100mbps.

What puzzles me is that it only affects WiFi on guest VLAN on this router. There is no LAN connected to the WiFi, WiFi on this router is only used by guest VLAN. LAN WiFi is handled by another AP. Streaming does not affect that subnet either.

Following the same model, If I hang another AP to Ethernet connected to the guest VLAN, I do not see this issue. I can have three streams running without a problem. Is there a tweak for the WiFi portion of this router? Does the same chip handle the soft switch and the radio?

Does the same chip handle the soft switch and the radio?

The CPU handles both the bridging and the radio, as well as NAT and a variety of other things, including drawing the graphs you're monitoring etc. But your CPU shows 32% idle, so I don't think it's a CPU problem. It could however be some other problem involving a driver or whatnot. Still, there aren't tons of people complaining about their C7's wifi performance are there?

You gotta ask how much effort you want to put in here. If you have a different AP and can hang that off the ethernet and it eliminates the problem, is there anything more to be done? Don't waste your time

dlakelan I agree, I have already solved the problem by adding two APs. But, I saw WDR3600 show the same issue on chaos calmer. Streaming on Ethernet slows down WiFi guest VLAN.

I am not a developer, but if somebody sees this issue and connects the dots, it could help other users (and me)

Plus I got to learn more about debugging. Thanks....