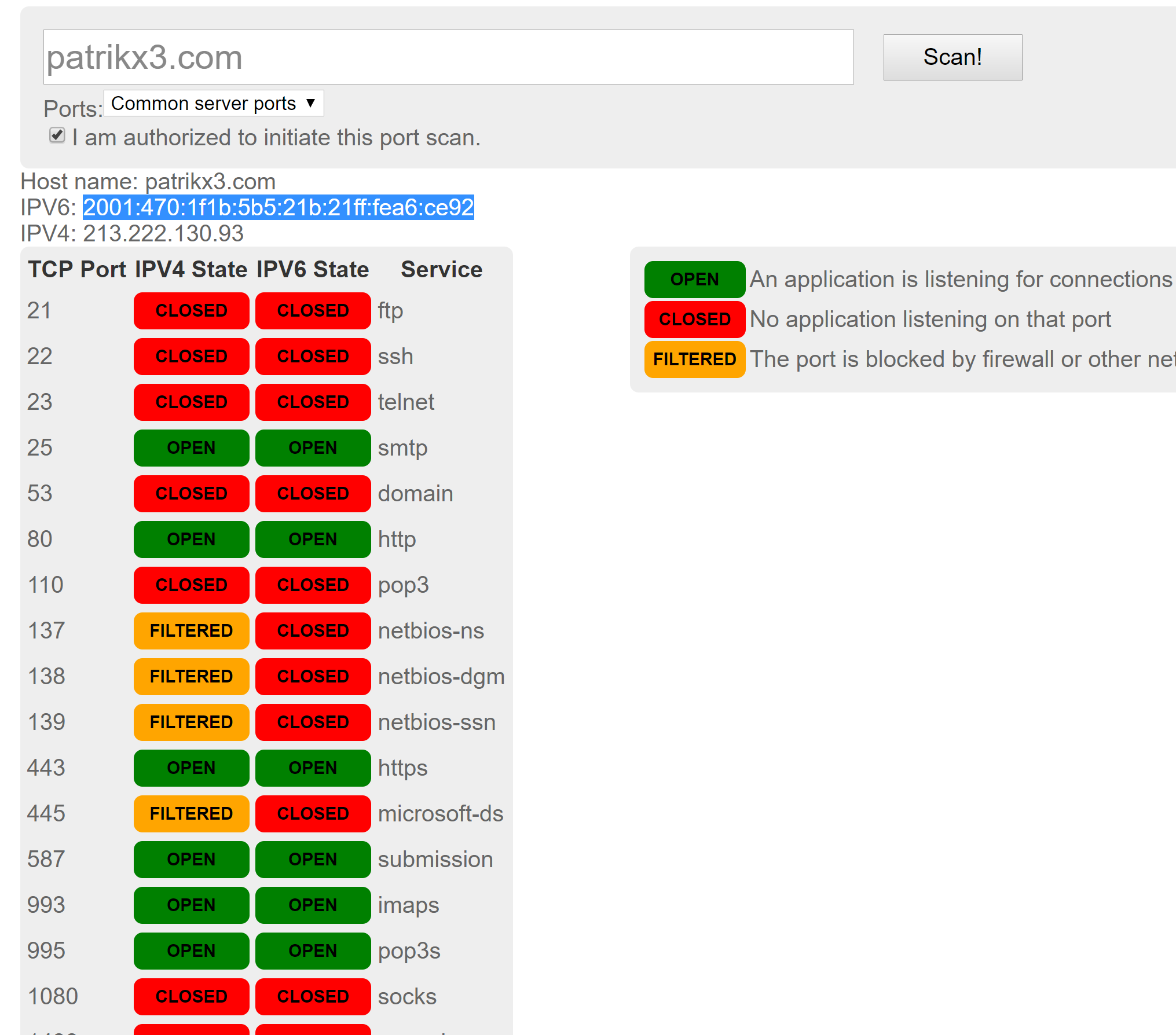 For the exact settings I am filtered, do you guys what it could be??? On the LAN i can acess, the settings they are same, still filtered : 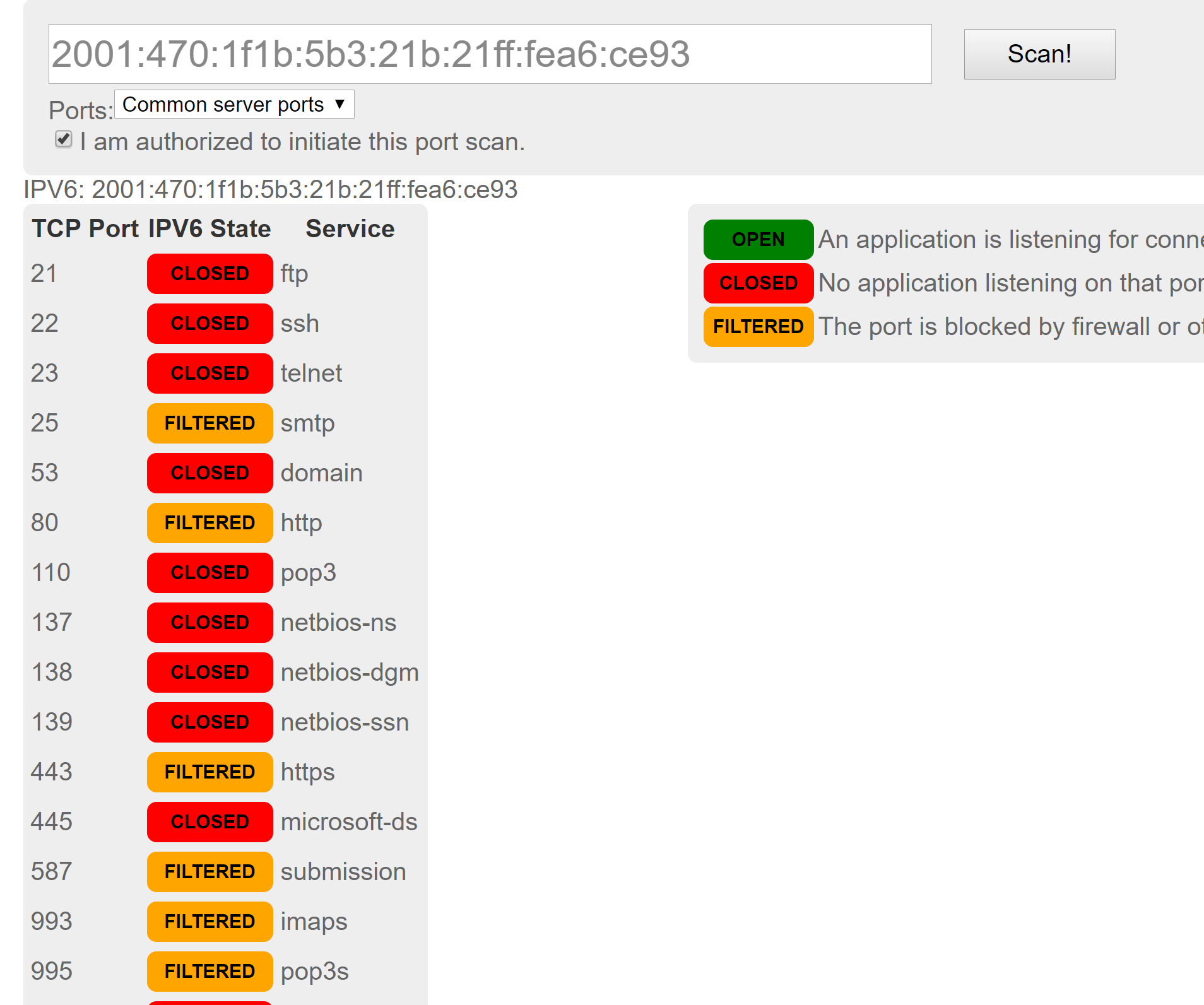 Of course the router address can work, but the client's not, and I can ping and telnet into these on the LAN, so so weird, should be working.

Thanks so much,
Patrik

If this is a PC, are you running services on these ports???

::ce92 does a TCP connection reset
::ce93 appears to Drop

actually are both on the same server, Debian

actually are both on the same server, Debian

That's fine...allow me to be more clear:

I think you simply have to allow forwarding of IPv6 from WAN to LAN (be sure you know the implication of making such a firewall rule).

ahh, no, the type on the that you sent.

i try a full reboot, sometimes it happens, this filter is weird, happens sometimes.
of course i understand that i open a port on ipv6, that's exactly i would like to do and on the other interface and router it works, the other is filtered.

but help anyway for the pair extreme helping!!!

i had to reboot the server some network problem was. thanks so much! without help i wouldnt try again.