Hi,
I'm trying to design first and make them a config the meet the following requirements. I know, I'm network noob and you are going to read stupid thing, please forgive me.
I have a VPS, named V, with a public IP that I would like to use to expose a couple of services installed of those on a x86 machine M in my lan network.
Now, I've connected the machine M with V via a wireguard tunnel: everything works but I'm questioning what happen if they force my VPS and try to access to other services on M (actually there are not filters or other rules to avoid this) or, worst, other machines of my lan.
I thoght to use my openWrt router in some way, but I have several scenario, some unknown, and really need advices and helps to evaluate the best solution, looking also at performance (router is a R7800 with 19.07, I have a gigabit line, that is whay I made the tunnel VPS to M):

Note the M has to NICs eth0 and eth1 (actually only one used) and I maybe connect both to the router and using one for a VLAN (?) for wireguard and the one for the lan access to M.

Thanks for any advice and support!!! 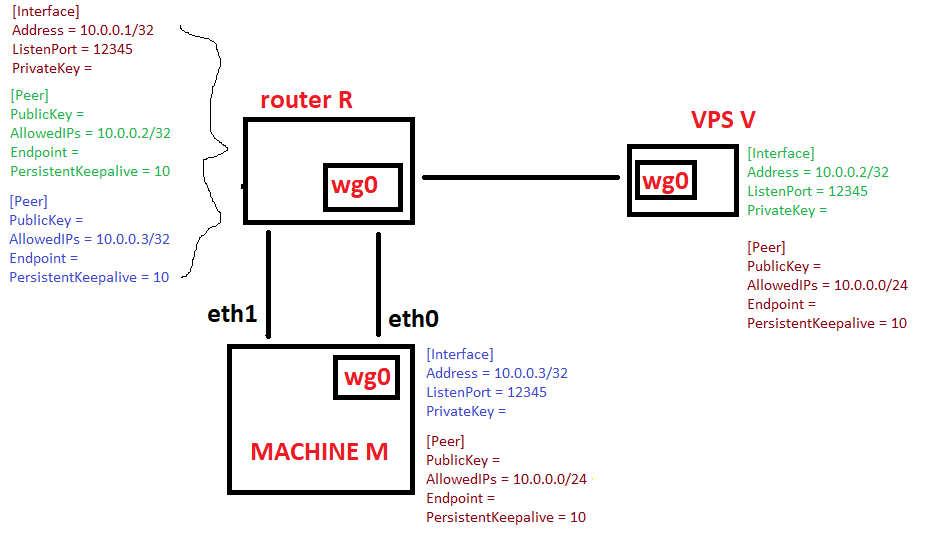