I have both solutions setup and working separetly but but not working at the same time.
When I setup the connection to the VPN service all my LAN traffic get routed through there which I think is the problem for the incoming connection.

If I, in the VPN connection interface, set "Allowed IPs" to 0.0.0.0.0/0 and check "Route Allowed IPs" then all LAN traffic goes over the VPN, as it should. But the incoming Wireguard connection doesn't work (I guess the incoming traffic works but the data sent back doesn't get sent the correct way).

What I would like to do is be able to set which ip's and which ports goes thought the VPN connection from LAN (or which doesn't).
I found the "vpn-policy-routing" which seem to do what I want but I can't get it to work with the VPN connection.

Does someone know how this is supposed to work? 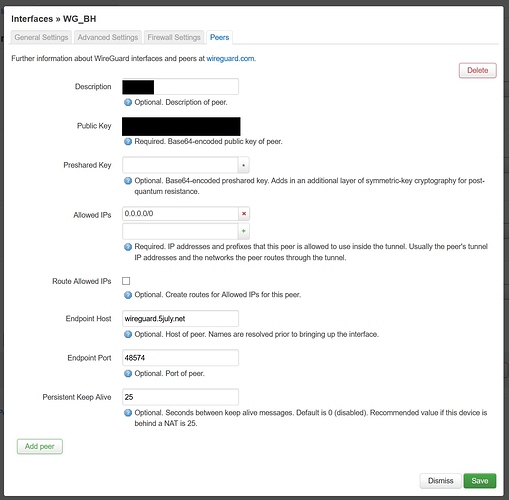 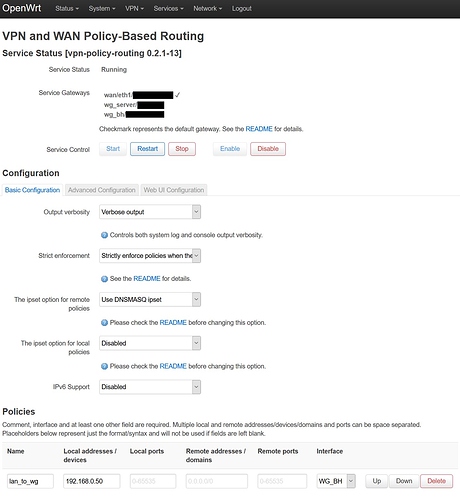