In the process of using 1907, I found that procd occasionally had deadlocks. The following is my system information

While booting to the firewall, the system stopped booting, and the following processes were running. I waited 30 minutes, but the processes remained unchanged

I saw the process flock 1000 and found it in the procd_lock function in /lib/functions/procd.sh

something like this in /etc/init.d/debugboot may assist to track down issues... ( seems hotplug / interface related )

Depends when / where your trying to narrow it to... as they are verbose with all the json stuff...

Ok, I see
Thanks

I found that the initialization process competes with fw3 for the same mutex, causing a deadlock. 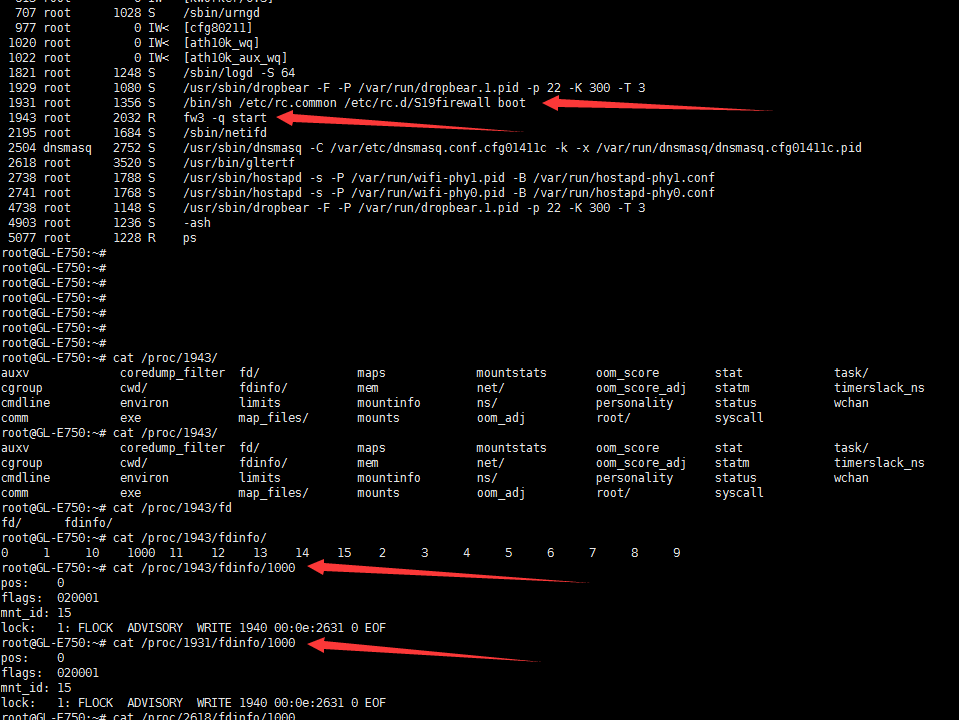 you've got another thread re: ath9 issues? ... ( disable wifi or similar as a simplest means to check correlations... )

but yes... i agree that the presented failure mode is problematic...

procd flocks like crazy on init... and a good guess would be that some "async-esq" patch or backport is incomplete / incompatible with your failure scenario...

if so... then i'd advise disabling wifi or similar as the simplest means to check correlations...

Yes, my ATH9K crashes probabilistically in use, especially in STA mode, but I don't think there's a particular correlation between them.
The deadlock caused by procd is at the user level and, moreover, during system startup.
ATH9K is in normal use of the system, and from the LOG point of view, it is an interrupt exception.
I'm trying to do all kinds of things, and the biggest problem is that I'm having a hard time replicating these two problems, basically, every 24 hours
I can try disabling all hotplug events. Thanks for your advice

for testing init perhaps... but i'd be unethical if I don't state that this will likely break things and potentially lead to an insecure system long/medium/short term

( but i'm sure you knew this already... just have to say it in case someone else reads )

I'm just trying to locate the problem, it's important to have hot plug events in the system, and I'll update here when I find the problem.