I have a linksys EA8500 with the lastest firmware and 2 USB ports at the back.

1 port USB is for EXTROOT and 1 for my Data. When I lost power and come back, the router try to boot on the second USB (data) and the logo linksys blink.

I need to unplug my USB Data hdd and restart the router then I replug my USB.

How to tell on witch USB to check for booting

As it boots up, it is sort of a race condition which drive will be sda and which one will be sdb.

Sometimes just switching the drives in the ports will work.

But the real answer is to specify the devices by UUID not by /dev/sdX path. 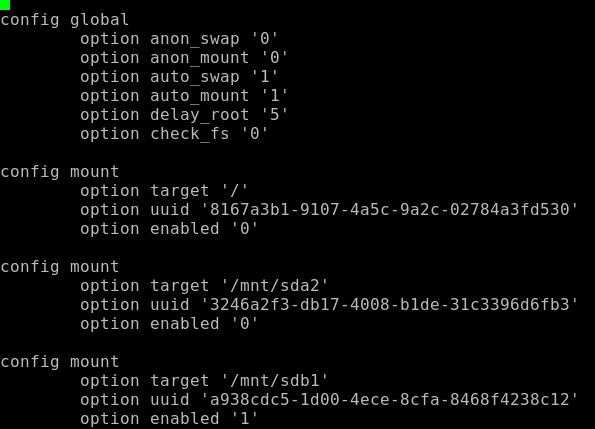 These are set up already with uuids, though you should run blockid to confirm that the uuids actually stored on the drives match. But the mount of / to the external drive is not enabled. So it's not going to go to extroot during boot

I activate on boot but always same problem. It don't start. Linksys blinking, I need to unplug USB, reboot router and after, replug my USB 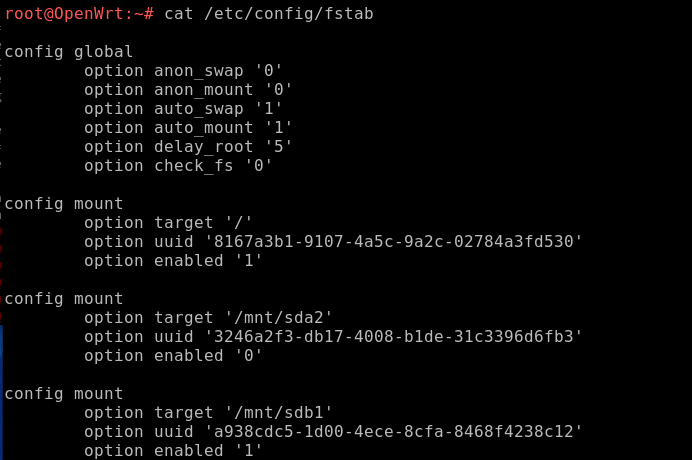 I think a serial boot log will help a lot.

dmesg should actually suffice, in this case.

you need my dmesg but it too big to put in

how does it work ?

tried going to pastebin.com it's not rocket science ?

It looks like you have a defective flash chip on that router, and it's also running out of memory. Weird things hsppen when a system is out of memory. I think these two problems need to be fixed first.

Flash problem: Boot directly from USB, as previously suggested. Dmesg indicates it's not doing that.

Memory problem: Are you trying to run an antivirus on a router? Why? Remove it. It's too much for that router.

I have clamav, do I need to remove ?

No, you can buy a bigger and faster router instead!

But as far as I can see that deamon is made for email servers!? Why not run it on the server instead of the router?