Ping a device in another network

I want to do establish connection between those devices for copy files through network.
Thanks in advance.

This makes sense for two reasons:

Does the Nokia device have the ability to add static routes?

I think you refer to this. 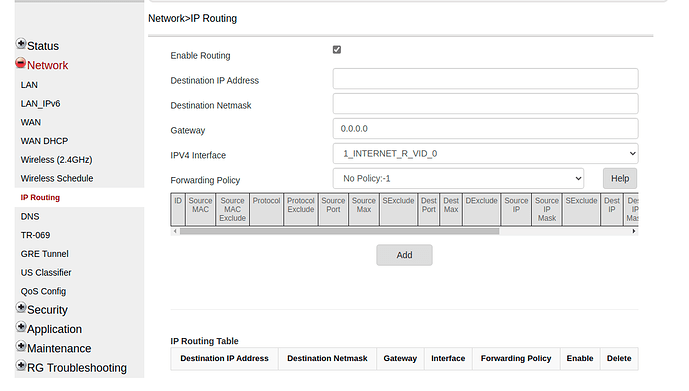 I assume the Nokia router (.1.0 network) is plugged into the wan port of the OpenWrt router.

So the OpenWrt router holds a 192.168.1.X IP due to DHCP from the Nokia. First remove the option gateway from the LAN network that is wrong it should not be there. The gateway is through the WAN network and has been set automatically by DHCP.

Ordinarily the routing is one way that a .2 client will have their IP masqueraded to the .1 IP of the OpenWrt router as it leaves there. Thus the .1 network does not know there is a .2 network and there is no way to reach it directly. This is usually desirable for security. If you trust everything in both networks you can set up symmetric routing where the .2 network is open to the .1 as you want. (More specific firewall rules can be set up to limit some access later).

Then back on the OpenWrt router, turn off masquerade in the wan firewall zone, and set up a forward from wan to lan (in addition to the existing one from lan to wan). You now have symmetric routing between the two networks. Any .2.0 IP can be reached by clients on the .1 network and vise versa. Finally you may want to change the wan input default to accept so that OpenWrt itself can be reached from the .1 side.

Yes, exactly... good that it is there:

Then you'll need to turn off masquerading on the WAN zone in the firewall, and finally allow WAN > LAN forwarding 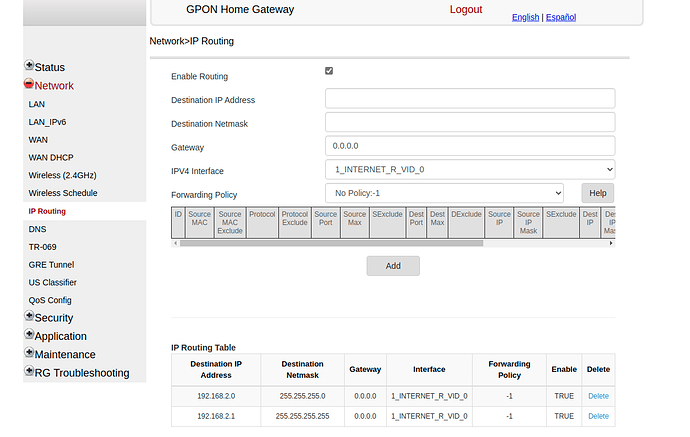 If you follow @mk24 's comment (which was posted as I was typing my response), the recommendation was to set a static IP on the OpenWrt WAN -- that is the address that will be used in place of the 192.168.1.x above.

I've tried to do this with the Nokia router but it don't let me. 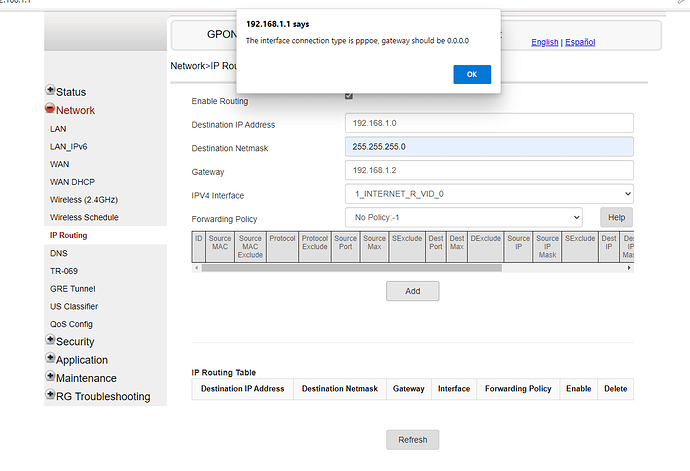 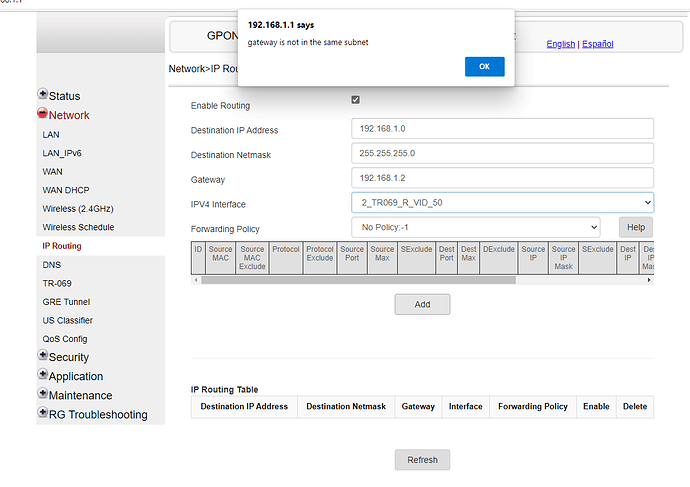 How are the Nokia and the OpenWrt connected? IPSEC over the internet?

Hi Trendy, those them are connected via Ethernet cable on eth0 in the OpenWRT and port 3 on the Nokia Router.
About the IPSEC I have only found this config. 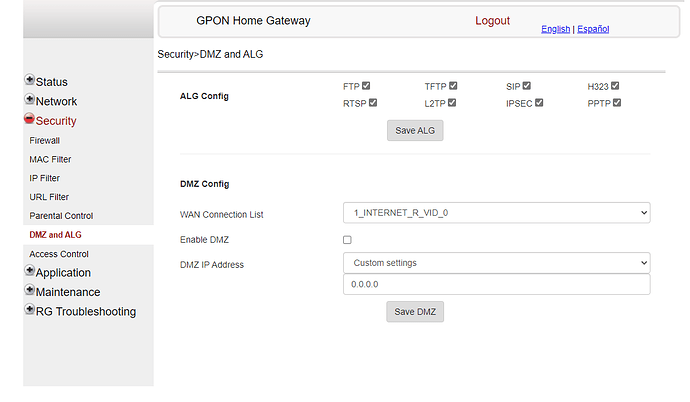 The problem is the same, it doesn't let me becasue pppoe 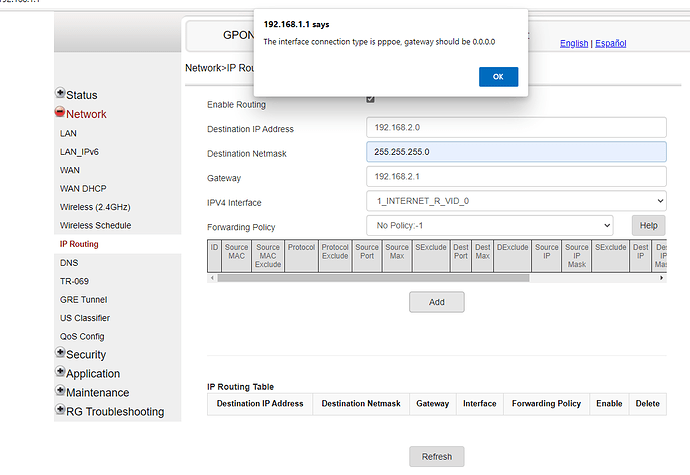 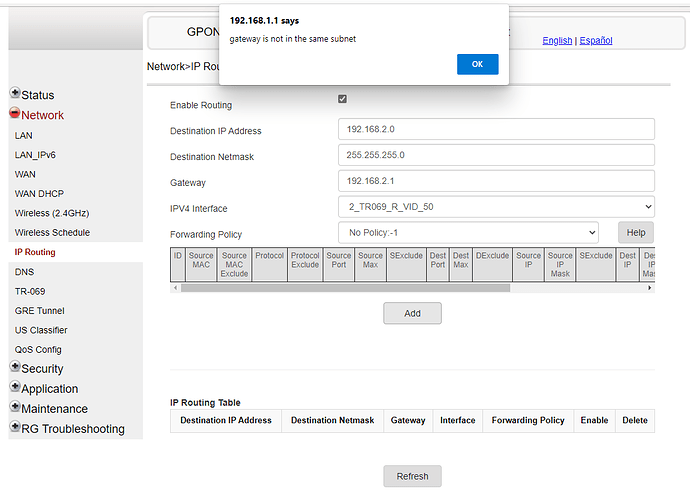 You are using the wrong gateway.
And the interface should be the LAN on Nokia.

Thanks for the help. In other hand these are the the configurations of thos interfaces.
1: 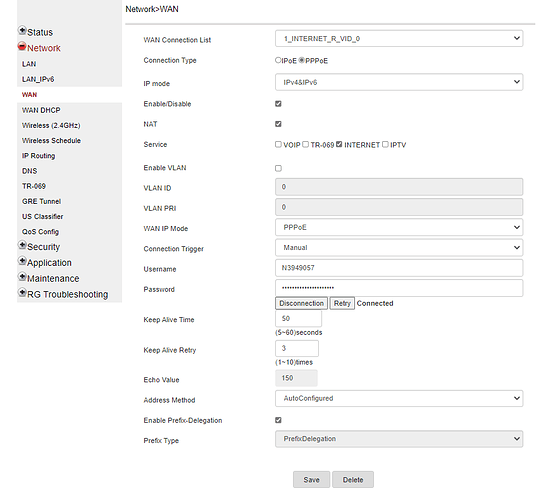 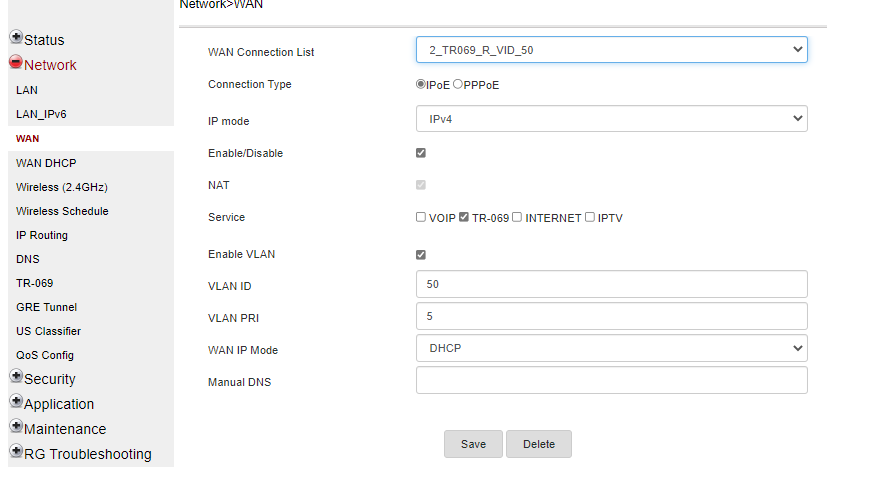 These are both wan interfaces, they are not applicable in your case. If there is no lan interface in the drop down list in the static routes, there is not much you can do.

You are using the wrong gateway.
And the interface should be the LAN on Nokia.

It says me exactly the same in the two interfaces. 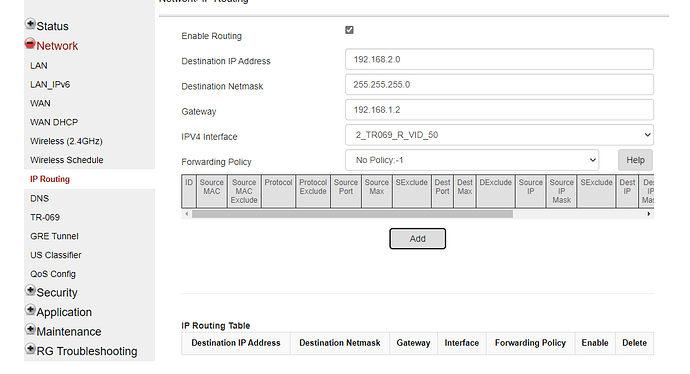 These are both wan interfaces, they are not applicable in your case. If there is no lan interface in the drop down list in the static routes, there is not much you can do.

That's true, there is not another interface in the dropdown list.I don't know what more can I do.