I'm on Turris Omnia with OpenWrt master. I use extroot with 500GB mSATA SSD drive. I read this post SysUpgrade with extroot overlay to update it being on extroot. But in addition to the list of installed packages, is there a way to also have the list of those removed from the starting build?

This is the result. export is a sub-command, but which command? 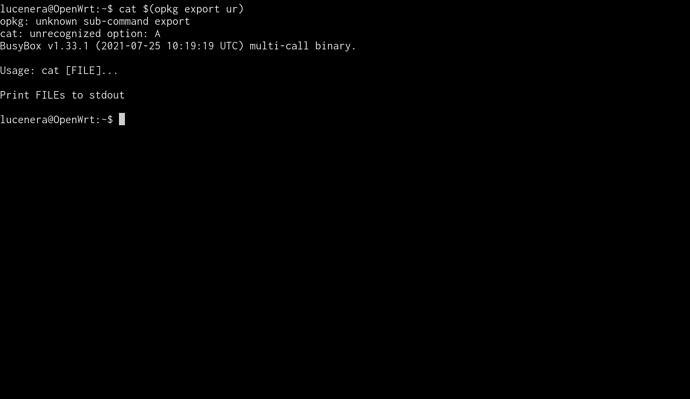 Install the script using automated section, or just use the relevant parts of its code: