Forgive my naivete in advance and see #6:

FTLDNS and Unbound Combined For Your Own All-Around DNS Solution

Hi All, Great job with 4.0. My questions since Pi-hole is a DNS solution, and doesn’t include QoS and captive portals etc. Can I install all below on CoreElec ( fork of LibreElec but with opkg Entware package manager) without conflicts? Target...

Any insights are appreciated.
Can sqm-cake and nodogdplash be installed directly on CoreElec without an OpenWrt install first?

SQM using the cake scheduler can be deployed on "any" OS running a recent version of the Linux kernel and an appropriate process manager. If not available as a package on the target OS (and, perhaps if that package is outdated), you'll need to compile and install sch_cake, tc-adv, and likely sqm-scripts, as well as configuring your process manager to run them. You will likely need to update at least the kernel module with any/all future kernel updates. As far as I know, sch_cake is not "DKMS-enabled".

I'm not familiar enough with nodogdsplash to know how it would be configured when the APs are not on the same machine. That the git repo shows a "Debian" folder suggests that it will at least install on other Linux-based OSes.

The OpenWrt packages, as well as the support of the OpenWrt community, are unlikely to be of direct assistance on another OS.

Nodogsplash I intend to run with an external splash page.

CoreElec is on 3.14 kernel which is old, so if cake-sqm doesn't install via opkg, is there any other QoS pack? All I want is simple priority to video streaming over PC downloads/torrents to be assigned lowest priority.

So I will assume no conflicts here with Pi-hole 4.0 which of course is not an OpenWrt pack.

We reported the other day that the long-term supported Linux 3.14 kernel branch is about to reach end of life, and that one more maintenance version would be released in the next couple of weeks. 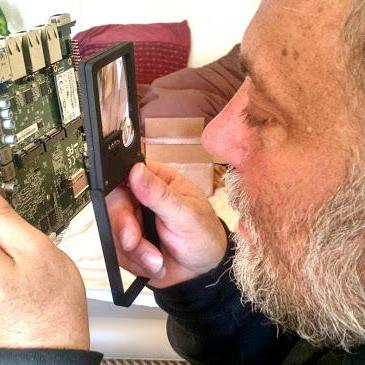 Out of tree build for the new cake qdisc. Contribute to dtaht/sch_cake development by creating an account on GitHub.

torrents to be assigned lowest priority.

From what I've read, torrents and SQM don't seem to get along too well as, from what I understand, they have their own "fairness" algorithms at work. I haven't followed the discussion in detail, but something I'd look in to sooner than later.

Unluckily upgrading from 3.14 isn't up to me, for LibreElec/CoreElec and other KODI JeOS distros. There is a hardware acceleration support problem but their headless versions do use 4.*.

I think I might just be able to use sqm-scripts under LuCI with priority, which apparently OpenWrt has deprecated in favor of sqm-cake in v17+.

Torrents have always been a QoS problem. Best would be to minimize upload bandwidth in QoS settings.

might just be able to use sqm-scripts under LuCI

I'm not sure how you plan on using OpenWrt packages on a non-OpenWrt system. LuCI, in particular, is "wired into" some OpenWrt-specific functionality around configuration, process management, and IPC.

In that case, I should install OpenWrt first and then other packages, on CoreElec upon S905 which is 1.5 GHz quadcore with Mali 450 pentacore GPU and 1/8GB RAM/flash.