Nodejs submenu is always empty in menuconfig, Here are the steps which I took to include node packages and i'm on Debian 10

Any input would be appreciated. Thanks

Hi @kingarthur4ever I am having the same issue. I tried the steps below (which are identical to those you mentioned) and I tired that so many times, on Mac, on Linux, but I always had the same issue and I wasn't able to figure out what causes that subfolder to be empty.

Were you able to fix it? 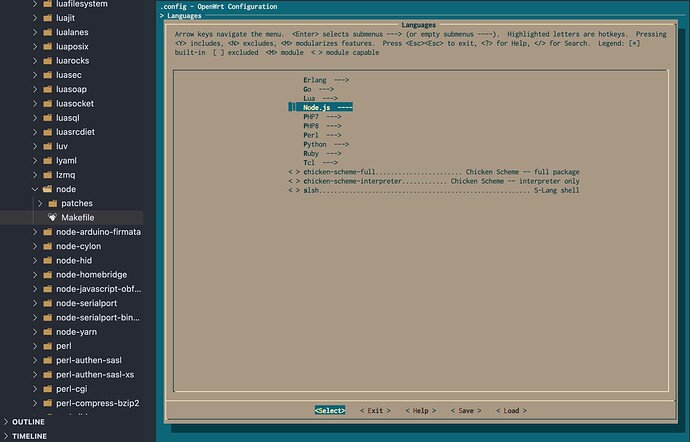