Sorry to quote such an old post, but I do experience the same problem... I have 2 routers, Linksys EA8500 and Phicomm K3. EA8500 has an IPQ8064 which is much like R7800, and K3 has BCM4709. They all have the same problem as dissent1 described in that post (reproducible by all WiFi and wired connections). Data streams going out of the router are capped at 300Mbps (<100Mbps for WiFi) but streams flowing into the router are just fine. EA8500 is running at revision r49xx which was built several da…

+1 one for that one.
That would totally explain every single issue I have with my TP-Link C2600 (IPQ8084) and my 250/20 Mb connection. I've been asking about this a few times on the forum and I never came close to even narrowing down this issue.

Please keep in mind that this problem (the performance one) has been raised in this thread a few times and around this forum many times more. They've just been disregarded and never linked together. Saying it's an issue with bad cable is just wrong.

The second one may have also a positive effect in our case, not only when using qca ssdk.

Update: updated the 1st link with PR. No difference code wise, adjusted the description and refreshed the patch.

Building these now and will let you know the results after I get it deployed.

Does anyone have a link to the most recent stable Hnyman build? Wanted to check out Lede on my new r7800 and see how it runs. Thanks.

Does anyone have a link to the most recent stable Hnyman build?

Both master and 17.01 builds have been stable for me. Currently running master r5486 myself.

Links to the download site are in that community build thread's first message. 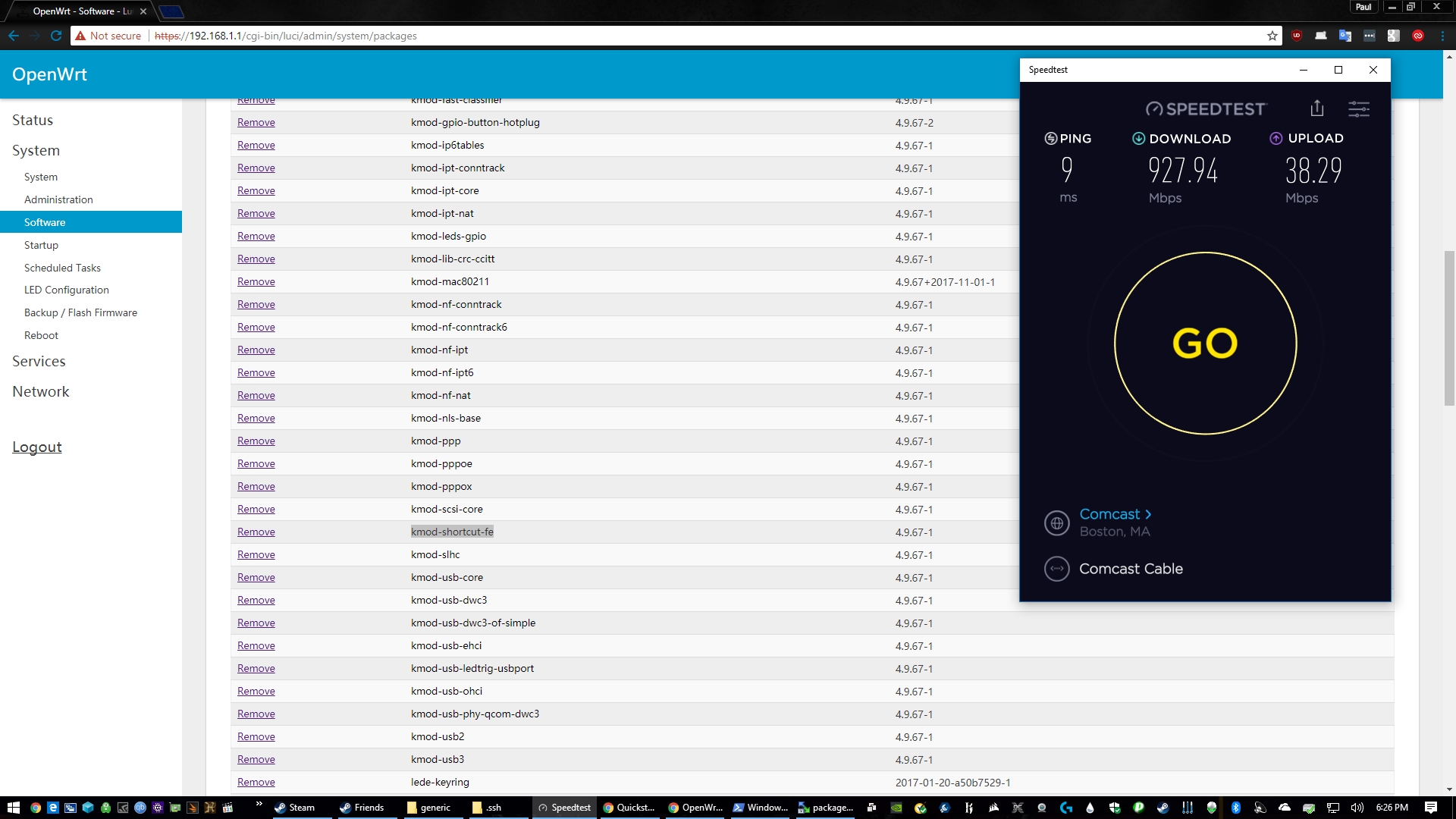 What kind of wifi speeds are you getting? I'm curious because I also have a gigabit connection.

@dissent1 does the wifi patch will be pushed to the trunk? it solve all this problem so why not?

just asking as my friend can't compile an image and have some problem with package and custom build...

i'm working on the opp patch? did you port them?

So what are the patch that make compilation error?

It compiles ok but causes a boot loop. Need an uart bootlog.

If someone wants to test performance difference in their environment here are 2 patches related to L2 cache freq management
https://github.com/dissent1/r7800/commit/448070cf17ef1d288b4f1149c1c683c3de0058ec
@hnyman

update: nvm about 2nd patch (deleted), I've missed one function in the driver so it's ok.

Hi guys, I have a query, I have been downloading the images in development for several days to solve the problems of the wifi, although it seems that the patches are still applied to the problems in the 5GHZ band. Does anyone know how it goes? only the version works well @hnyman. Thank you

what do you mean? what problem with 5ghz?