So, my old router is pretty much toast at this point, it's suffering from packet loss issues, just not good. It's old, and it wouldn't hurt to get newer tech anyway.

My apartment is small enough that all speed essential devices are wired, using wifi for phones, bulbs, etc, so I am not really sure I need to go for wifi 6 for any kind of future proofing. So, great LAN for streaming and gaming, good dual band Wifi, and solid OpenWRT support is all I really need.

Should I get the Belkin everyone is talking about? It seems like the best value, or is there something else I should consider?

Which router should I buy?

Which router should I buy? Question: I want to buy a new router which is supported by OpenWrt, but don't know which. Can the forum help me? Before asking on the forum: Please think about your requirements and provide answers to these questions....

Table of Hardware: Ideal for OpenWrt + 802.11ac supported In order to list devices you'll have the best experience with, here we filter for devices that... * are either 'Available' (are commercially available, i.e. you can buy them today) or

Something else I forgot to mention. I've been considering some of the DIY solutions out there as well, some Pi based stuff, like the Banana Pi boards with 5x gigabit ethernet ports and mini PCI-E slots for expansion. But I'm not sure how well that hardware is supported but something with more power, and the ability to expand and upgrade later is quite interesting.

RT3200. It's a favourite at the moment for good reason.

Techdata: Belkin RT3200 The development branch can contain experimental code that is under active development and should not be used for production environments. Snapshot images may support additional hardware; however, it is experimental,...

Is that well supported by OpenWRT already? Or is it going to be in the near future?

Well supported, larger user base and highly active development. Snapshots because it's so new. Support via 22.xx official release around corner I have three connected wirelessly via WDS. OK for gigabit use and has latest WiFi tech. I get 800Mbit/s between my nodes. Ultra stable for business and personal use.

To see how popular this device is see here:

It's a doddle to setup you just flash as per instructions. 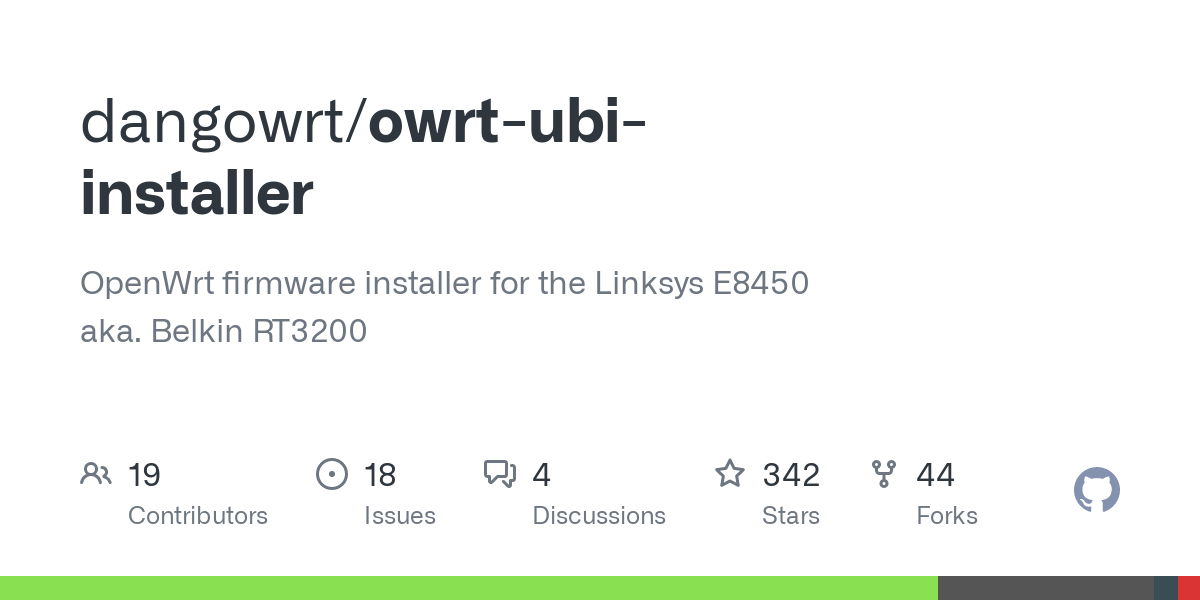 How's the wired ethernet performance though? Most the talk about them seems to be centered around Wifi performance which isn't as important to me as fast, low latency LAN.

Also, should I decide on this one, besides it being $20 more is there a reason not to get the Linksys version? I prefer the black.

I was also looking at the AX3200 Xiaomi router which uses the same hardware essentially as the Belkin/Linksys.

There is no functional difference between the e8450 and the rt3200, the differences amount to:

How's the wired ethernet performance though?

Others can answer this better than me - @slh?

I know it can handle 1Gbit/s with SQM using fq_codel but with CAKE it can only manage half that. So if 1Gbit/s with CAKE is essential you may wish to consider something more powerful.

I have no idea what CAKE is in this sense. But if it's beneficial to stability or speeds over LAN it could be something I would be interested in. Almost all my online activity, including gaming and streaming is done from one PC, with a wired connection going to a second PC in the other room. If it weren't for that other PC I would probably just run a Pi CM4 with a 2 gigabit ethernet shield or something.

But, if it's just high speeds over the home network, from one PC to another that will benefit the most, that isn't really important to me. All that matters is a quality connection to the WAN without a reduction in speed potential, or packet loss (which is the issue I am dealing with now).

Others can answer this better than me - @slh?

sorry, I don't own any mt7622bv device and don't have personal experiences/ benchmarks with it.

I have no idea what CAKE is in this sense.

See https://www.bufferbloat.net/projects/codel/wiki/Cake/ in short cake is Linux qdisc that combines a traffic shaper ans an active queue management system that is specifically designed for the common use cases for home networks, and aims to use decent defaults. It will allow you to:
a) better control latency under load increases (aka bufferbloat) which typically will make an internet link work better for interactive uses cases like browsing even when saturated with big/long running data transfers
b) allow to equitably distribute your uplink capacity between all those devices (actually IP addresses) that are active at a given time; so if only one computer is actually active it will get 100% of the capacity, but if two computers both have active flows each will only get 50%. (And if say the second computer is application limited to 10% of the capacity, the other will get the remaining 90%, this is not a static assignments of fixed capacity shares, but capacity is dynamically distributed).

As you can see this is mostly aimed at internet access links, and not necessarily at LAN links (but it can be used on LAN links as well).

All that matters is a quality connection to the WAN without a reduction in speed potential, or packet loss (which is the issue I am dealing with now).

Well, download/ingress traffic shapers like the one offered via sqm-scripts do require a rate sacrifice, as you can only control the quueueing at the slowest link along a network path so sqm needs to create an artificial bottleneck in your router; typically that means operating the download direction at 85-95% of full capacity. The AQM component will use selective targeted packet dropping (or ECN-marking of negotiated for a connection) to signal the senders to slow dow when the reach their capacity share, but that typically results only in mild packet loss and only for capacity seeking traffic that exceeds its equitable capacity share, which gaming traffic often does not.

Yeah, I don't think that's all that important. When other devices aren't being used, they're off and not connected anyway.

Do any of you use these MikroTik routers? I am looking at one with 3x gigabit ethernet ports, one WAN, two LAN for the two hard wired devices, and some mini PCI-E slots I can probably use to add whatever kind of wifi I want? M.2 slot for network storage.. seems very useful. Seems there are some Celeron powered options similar to that as well. They cost more, but have enough power that I'd certainly never need to change it out for a lack of, also with expandable wifi cards.

Yeah, I don't think that's all that important. When other devices aren't being used, they're off and not connected anyway.

Well that is the beauty of SQM/cake, even with multiple users concurrently active, interactive applications (like browsing or even some gaming) tend to work well independent of stuff running on other machines (like a torrent client), as long as the delay sensitive traffic does not exceed its capacity share.

But in a single user house-hold it seems even easier to never have concurrent traffic in the first place, I agree.

and some mini PCI-E slots I can probably use to add whatever kind of wifi I want?

I am not 100% sure, but I believe it t be easier to get halfway competent WiFI on a budget by buying and all-in-one WiFi router and just operate that in "dumb" AP mode if you consider getting a more dedicated wired router. This has the advantage of allowing more freedom of placement of the router (where it is convenient for cables/wires) and of the AP(s) (where the coverage is optimized).

Could well be, if the actual router is up to the task of actually delivering data at a rate making M.2 ssd's necessary (or when the convenient small form factor is desired).

Well, that reminds me of some of the other things I want to do with networking, like a proper NAS server, maybe a web server, dedicated game server, etc. That'll obviously require much more expensive hardware, a mini PC at least, and I don't need it all just yet. I think I'll buy the Belkin/Linksys to serve at least as a stop gap for the next few years. I'll probably just get the Belkin model. I was going to go for the Linksys for the black shell but honestly I'm probably going to 3D print a wall mounted shell for the motherboard anyway.

On a device with a switch such as the E8450 / RT3200, LAN to LAN traffic is hardware switched and can run at the full Ethernet line speed (1 Gb in this case) without involving the router CPU or OS at all.

The same result could be had with a separate Ethernet switch. Ports faster than Gb haven't been on many routers yet, but 2.5 Gb switches for home use are now on the market and not very expensive.

So are you saying those inexpensive switches positioned in the chain prior to a wireless access point will handle my desktop PCs connection to the internet more smoothly and more reliably than a dedicated home router? And that I could just buy one of those switches, maybe one with PoE, and add on a wireless access point later, and just keep the components individualized?

Connection to the Internet must be routed, but connections in the same LAN between PCs can be handled directly through a switch.