Actually, I try to get my Witi Router running together with HDD Function. I'm just another Beginner with no clue, but therefrom a lot.
I'm proud enough with myself to get the FW flashed after 6 years the router was hidden in the attic.
Actual, the FW 17.01.7 is flashed. It seems the SATA service is running, shown in the Kernel & System Log (if I'm right), under processes is shown too.
How to get access to the HDDs? The only one time saw the option to set up was in the ...uImage.bin, but settings could not be saved. After a reboot, everything reset.

Is there anybody who could get me a direction? The Router itself is working fine. Cheers 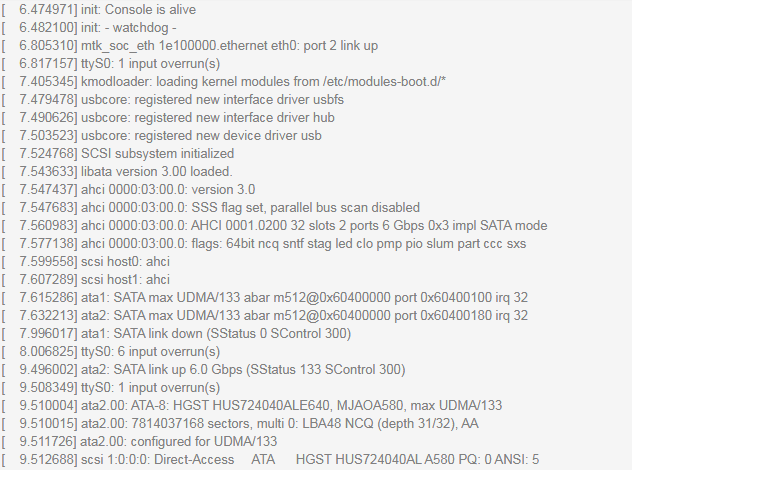 Edit:I guess, there need to be set up a new Interface, right?

In some other posts, they said the SATA feature after 19... are disappeared and suggest try at first with older FW. That's why.
I will go further if I understand how to use HDDs.

Okay, I flashed now step by step different FW. The last one was 19.07.10 where the SATA Functions are in the kernel.
From 21.02... SATA are not included any more. From this stage, there are no separate Files for 256 version available too. Hope I discovered it right.