I recently had to restart my network ( /etc/init.d/network restart ) after setting up an ipv6 tunnel. I noticed that MiniUPnP stopped working after this and it is flooding the syslog with some error messages. 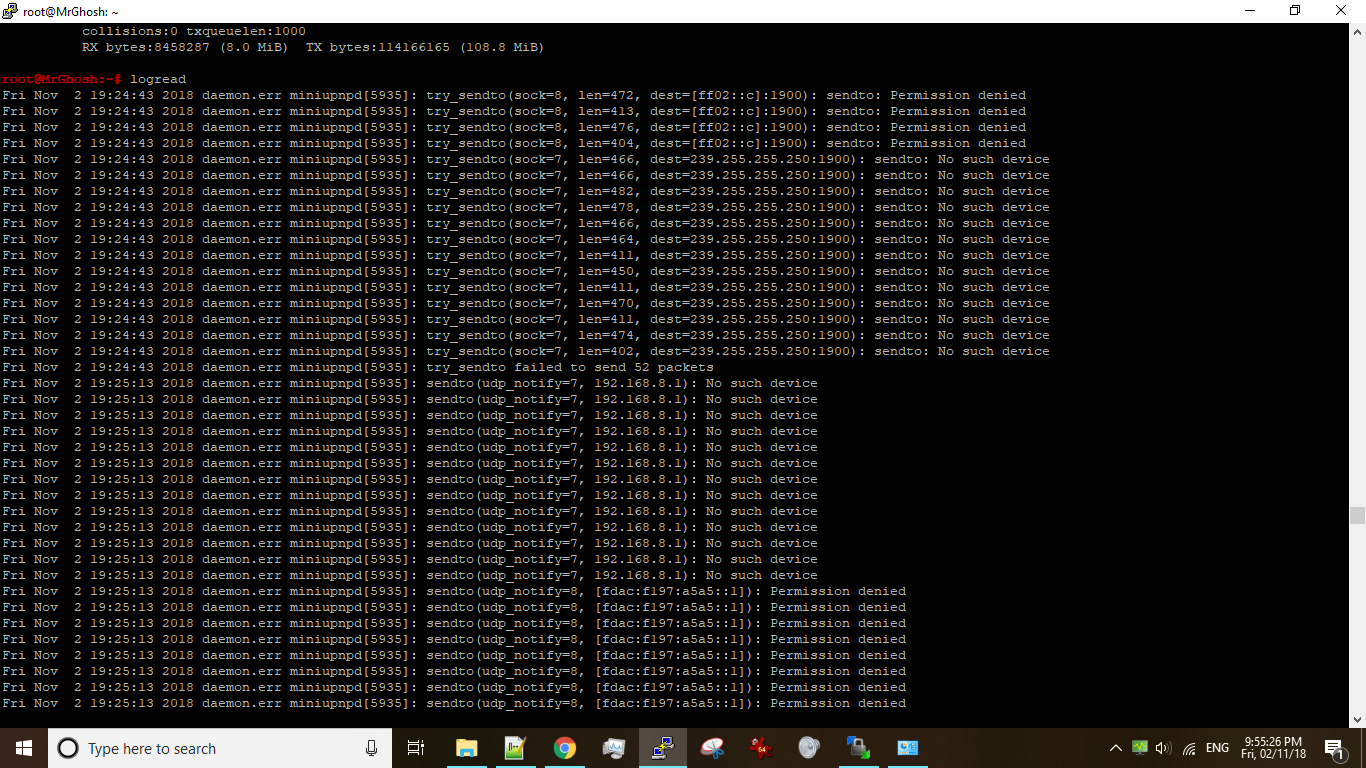 I did some Google search and found out that:

miniupnpd doesn't support LAN interfaces being removed (or not present at startup)
You should kill miniupnpd when br0 is removed, and restart it whe, br0 is up again.

It starts normally after boot up. The problem arises if I manually use network restart (/etc/init.d/network restart). I think I need to add a script in /etc/hotplug.d/iface. So that miniupnpd can be restarted on ifup. I just read the documentation for hotplug scripts. Thank you for your reply