No image for flashing is ready yet. The nand flash seems to be storing two sets of kernel and rootfs, one of the set seems to be a backup, but I can't trigger the backup set. Don't know if that was ever implemented and that is main decision which will affect creation of image to flash. Keep the flash layout and replace one set of kernel+rootfs or mark the whole flash for OpenWrt to use it.

The target in use is ipq40xx. You can use this image to boot the board from U-Boot using TFTP server: https://downloads.openwrt.org/snapshots/targets/ipq40xx/generic/openwrt-ipq40xx-generic-qcom_ap-dk01.1-c1-initramfs-fit-uImage.itb
This image will leave no permanent changes.

Remember DO NOT flash any image yet. There's no OEM image for download in case You want to revert to factory.

For reference, what I did was:
hit a key during boot to get to uboot menu
type "help" to see commands
type "tftpboot"
read what was there and then setup my computer/tftpserver to be on the right ip address and the file in the right place with the right name:
sudo cp openwrt-ipq40xx-generic-qcom_ap-dk01.1-c1-initramfs-fit-uImage.itb /srv/tftp/C0A80B0E.img
type "bootm"

Actually, the SDA and SCL go to Test Points (TP3 and TP4) near the microprocessor on the LED board, respectively. I soldered wires to them, and fed them into A4 and A5 on an arduino, and ran this slave i2c code to spy on the data as I sent led_ctl commands from the luma: https://www.arduino.cc/en/Tutorial/MasterWriter

The LEDs can be controlled with i2cset commands just like they can from led_ctl. See the led_ctl commands below. Each command has up to four numbers. The first is the mode, the second is the color, and the third and forth depends on the command. For instance,
i2cset -y 0 0x48 3 1 9 0 i
would set it to solid red brightness=9 (and the fourth value is not used for that command).
The modes go from 3 to 8, for solid to pulsing.
The colors go from 1 to 7, for red to white (except blue and yellow are switched, so it really goes red, green, yellow, blue, purple, cyan, white).

At first i dismissed that, but those are indeed the needed gpios. Here: https://github.com/tmn505/openwrt/tree/luma is preliminary support. Still only boot through TFTP is supported.
You can read the contents of eeprom with cat /sys/devices/platform/i2c-gpio/i2c-2/2-0050/eeprom.

It seems to be the default wifi ssid of the device, something I can't recognize, and the serial number.

The first "LUMA" is simply a sanity check for OEM firmware commands. The second is an UUID, I would assume it is used for communication with the "cloud". The third is indeed product serial.
You can check /opt/luma/bin, there are a lot of interesting scripts which led to those conclusions.

Unfortunately someone would need to write driver or application for interfacing with the leds ring, I don't have the needed skills atm. This led ring is driven by MSP430 micro controller.

I'd really like to try flashing one of them with this, to make it permanent. I have 8 or 9 lumas, and I could care less if one gets bricked.

How would I do this? From the uboot prompt?

Thanks!
PS - I've got these configured with 802.11s+BATMAN and they are working WAY better than the original luma firmware (which seemed to be based on some AP+STA architecture, from looking at their /etc/config/wireless file... am I wrong?). I am getting a consistent ~75 Mb/s now after going from luma <-> lumas <-> router <-> modem, whereas I was lucky to get 20-30Mb/s before.

The image for flashing is on the menu for upcoming days, I'll start to work on it tomorrow.
I didn't test yet the wireless throughput. You can test the OpenWrt image with the board-2.bin extracted from the factory flash, just remove double slashes in two lines at the end of dts, and add ipq-wifi-luma_wrtq-329acn to DEVICE_PACKAGES array in device definition for Luma intarget/linux/ipq40xx/image/Makefile.

Mine differs from Yours, please post outputs of:
cat /etc/firmware_version
and
cat /opt/luma/bin/create_dualbank.sh

This is really great and exciting news. Looking forward to giving it a go here too, I have 6 lumas in my net.

Will we need to solder pins for every luma we want to u/g or will there be a way to u/g without?

I'm guessing you're gonna have to crack each one open and attach the serial header, type those few commands to get into the root or uboot prompt, and then run the upgrade.
But fear not, soldering is not required. You can hold the header pins into the holes for the 30 seconds it takes to type those commands.

It would be really great if we figured out how the luma checked for a new release and then downloaded and installed it - then fake it out to install the real deal.

On the other hand, if we have to open them up, with 6 more to go I should be pretty good at it by the time I am all done.

The UART connection is mandatory. The updates through OTA or USB flash stick are signed. Unless You somehow get access to signing key.

They are compiled from this tree:

PRs and experiments. Contribute to tmn505/openwrt development by creating an account on GitHub.


the installation instructions are in message from commit titled:
ipq40xx: add support for Luma WRTQ-329ACN

Thank you, thank you.
Unfortunately I cannot get good communication with my lumas, I have tried 2. Something is wrong with my setup. I have a usb to serial converter. I connect the ground and receive and get a screen full of gibberish. I have tried everything I can think of and at a standstill. Any thoughts?

Try switching the TX and RX lines. I can never keep them straight. Also make sure you set your terminal program to talk at 115200 baud. And be sure your usb adapter is set to talk to 3.3V, not 5V.

That is probably the issue. It is just a regular USB to serial adapter and regular RS232 is at 5VDC if I recall correctly. Do you have a recommendation on a USB to RS232 adapter that will work? 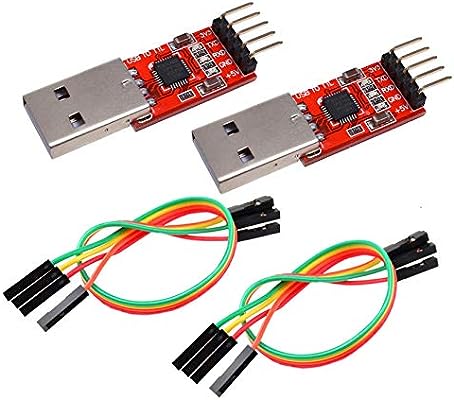 I ordered one, thanks!