The HOST column under Associated Station shows a ? for every connected client.
If I ping a client from the router, the IP address will then appear. I'm not sure how the HOST information gets populated, but the arp tables are not being populated.

**that's all it shows

I'm not running dnsmasq or odhcpd on the router.

**when using an external dns server, it would be nice if lede could perform a reverse dns lookup and display the actual hostname under in the HOST column, but that's a separate issue... 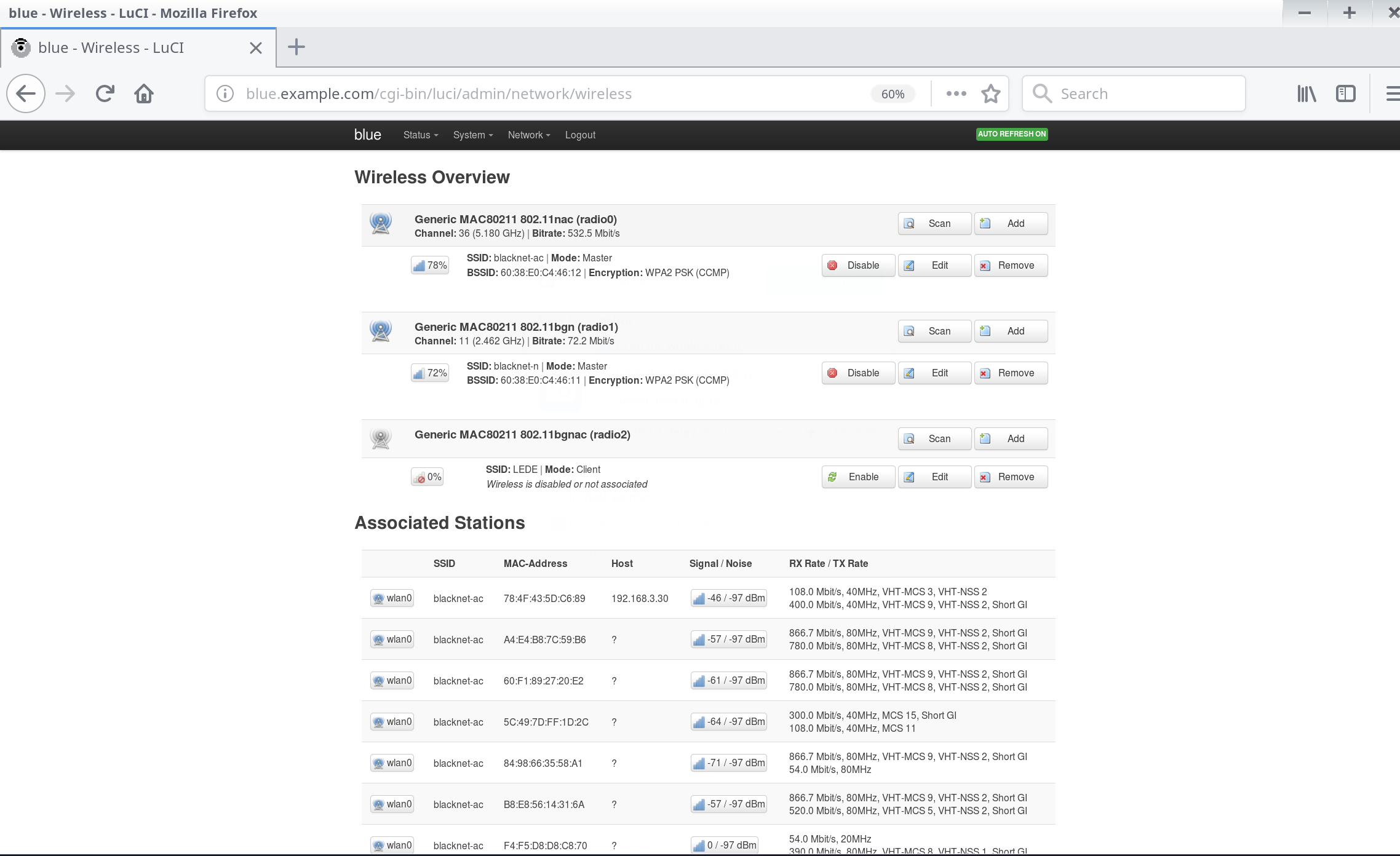 The hostname is ordinarily supplied to the DHCP server during the DHCP process. When the network is configured with static addresses instead of DHCP and you want local hosts resolvable with DNS, you must manually give the hostname / IP table to the DNS server (I think in /etc/hosts).

I'm using an external dns server. At the very least, an IP address should appear in Host column. And it does appear AFTER I ping a client from the router, and the ARP table entry get populated. This is starting to look like a driver/hardware issue, not a LUCI/LEDE issue.

In a "dumb AP" role of taking third parties' traffic from wireless to wired through br-lan, the router OS doesn't need to know IP addresses, and doesn't try to find out. It is a layer 2 bridge that works by MAC addresses.

Only when the router is the source or destination of IP traffic (e.g. pings) then it uses ARP to correlate an IP with its MAC. That is stored in the ARP table which is probably where LuCI looks.