Lower signal since moving to OpenWrt 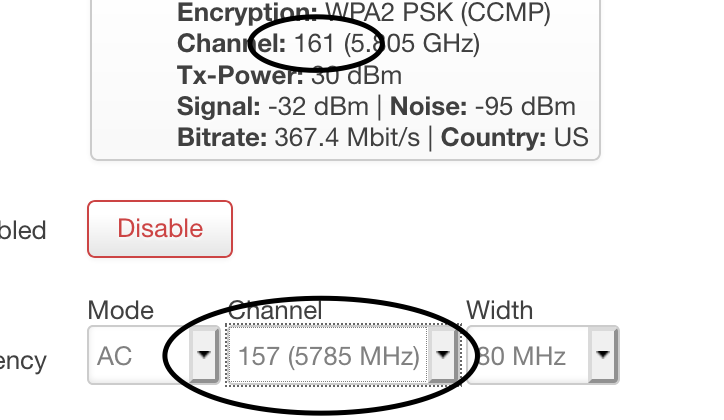 You can't "arbitrarily" pick a "base" channel when it is a bandwidth that covers multiple channels. Various OSes will report a different channel for 40 MHz-wide channels.

I don't recall the channel numbers that hostapd permits for each bandwidth. Checking for the list in the source now.

In my experience unless you have a totally quiet 5Ghz band, you're better off with 40Mhz channels than 80Mhz channels because interference is reduced.

Relation between these for 80MHz channels is the following one:

Where "channel" can only be picked from the following list (see hw_features_common.c in hostapd sources):

And vht_oper_centr_freq_seg0_idx can only be one of:

Furthermore, picking anything but 36/42 and 149/155 is probably restricted by DFS and/or driver, and if you have any other 5G APs around, can also be restricted by conflicts with these, as detected/reported by hostapd on start.

This may be specific to US / North America, but even getting a functional 80 MHz channel can be challenging, especially if you're anywhere near "civilization" (meaning radar of any sort, including remote weather and navigational radar systems).

Jeff. Can you translate that to English. I’m so lost.

149 is never a "guarantee", especially as many devices try 149 first and bandwidth will dynamically reduce if interference is seen.

Which is going to give me the best speeds and coverage? 40 or 80?

It will all depend on what your neighbors are using. It's a "try it and see" kind of thing, and may vary by time of day (especially if they're watching reruns of The Sopranos or the like over wireless). 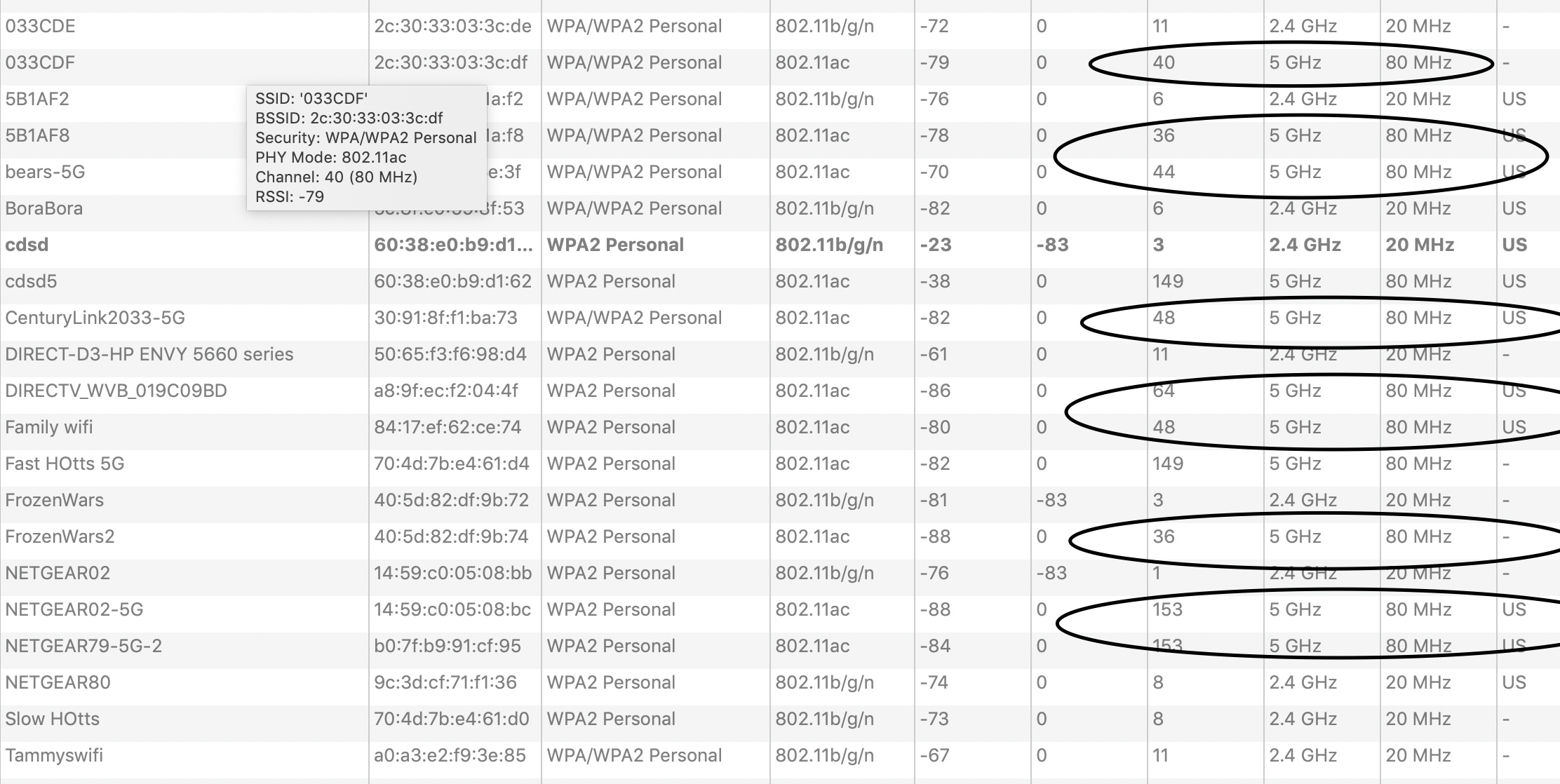 No change in having a crappy signal. Look at the wifi on the top right. That was always full power with the Linksys firmware.

Don't worry about the number of bars on the icon, what is the actual throughput and latency on the link? Run a speedtest here: http://www.dslreports.com/speedtest

I stream my TiVo content to my iPad in the living room while others play video games on the main tv. I’m one room and a hallway from the router. It’s not working well tonight. Keeps losing signal. Chat support said there are no current issues.

Your device has both 5GHz and 2.4GHz, what channel are you actually connected to?

So the TiVo and iPad use the 5. And of course our iphones with the 'lower' signal icon use the 5.

Would my screen caps of the signal noise be of any help? Or any other screen caps? 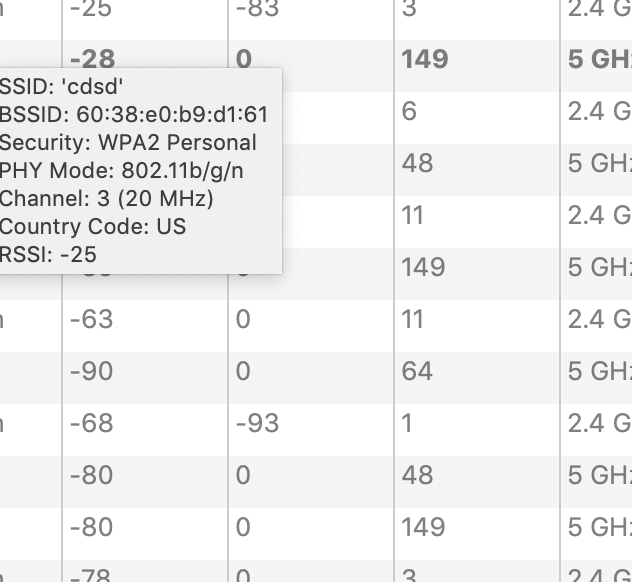