Is this device MT7628 supported?

i have this little board here, it is equipped with a MT7628, 8MB flash and 64MB RAM.
I dont have the LTE card, i want to use a LoRaWAN concentrator with SX1301 over SPI. 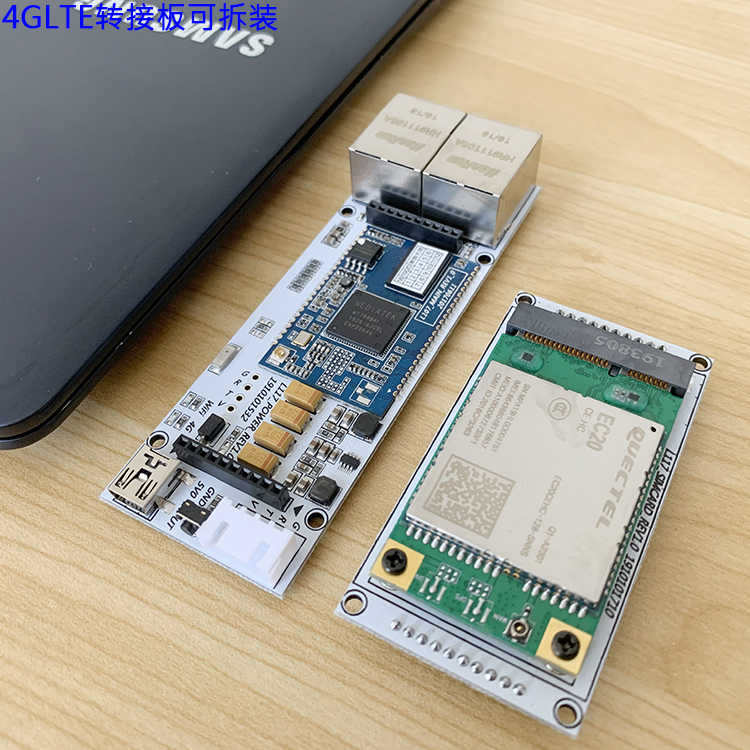 is it supported in openwrt? which image should i use?

It's difficult to answer your question. Shot answer is no. No openwrt support for noname board

More detailed answer: support for your board (based on mt7628 mediatek) is possible. But without specification for the board i'm not sure that external connectors contain SPI interface. Your picture allows to assume that the board may be connected to usb-LoRaWAN in mini pcie formfactor.

I know it is difficult.
The spi or usb interface is no problem all those data line are on the l107 modul on the base board and i can solder them where needed.

The main question is, is there a image for the l107 module? May be a generic iimage for the mt
It is running openwrt right now.

The main question is, is there a image for the l107 module?

I think that is wrong question. L107 module is installed in the board already. And in this case from openwrt point of view it's usual mt7628 based board.
Or you really have only l107 module?
And BTW spi-interface is used already for spi-flash if I'm not mistaken.

the image must work on the L107 module.
the interfaces are all there USB and SPI , i have read the datasheet to be shure.

but i cant find a "generic" image for the modul

the board is right now oin the way to me.
when i get it i will post the boot log.

Too little too late making it a pointless exercise, 16/128 is probably the baseline these days.

Edit: In retrospect and due in part to the late hour I posted, that comment was a little harsh.
Is there a version of this board with at least 16/128? If so I would very much encourage its support.

That is incorrect, while I personally wouldn't buy (or recommend) a device below those specs (and actually twice that (32/256), for my own needs), 8/64 devices are still fully supported[0] and according device support patches are accepted[1].

--
[0] opkg might be a bit challenging, other than that…
[1] even patches for 4/32 or 8/32 devices are still accepted, provided they don't need anything special - that doesn't mean OpenWrt will build binary images for them, but they're still available for building in the source.

Perhaps I should have said "adding something new at 8/64 is a bit pointless".
Sure, supporting devices already there is fine as there is a user base.
For all we know there might be a 16/128 version of this noname board and I would encourage work on that.

If I understand correctly it's a part of IoT project. Openwrt is only used as host system to communicate with LoRaNET concentrator and advanced wifi/ethernet adapter.

You are right.
Wifi is only needed for first time install
Than the lorawan packet forwarder will be the only addon to the base system

Did you receive l107 module? I've ideas how to build test generic-like image.