Hello and happy Holidays everyone.

I have used OpenWrt for a couple of years. Now I got my hands on a cheap pfsense-box. I want to add the firewall into my network.

This is my working network at the moment: 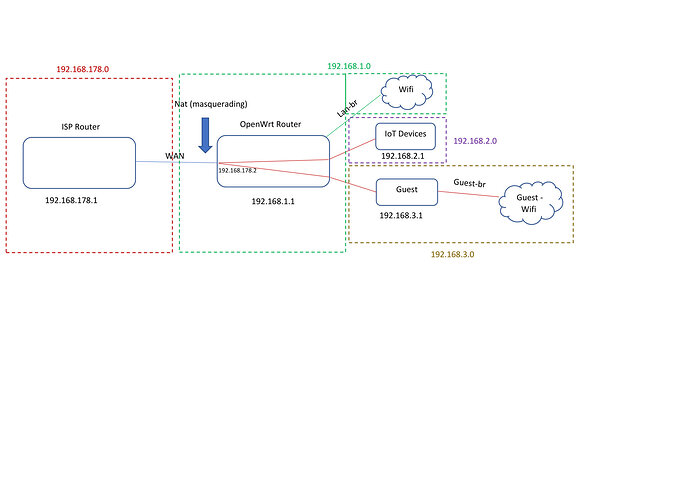 Devices in the IoT network and the guest network can't reach anything but the WAN. (Blocked by firewall rule).

This was important to me, that those clients are isolated from the rest of the network

I have two ideas how to incorporate the firewall into my network. 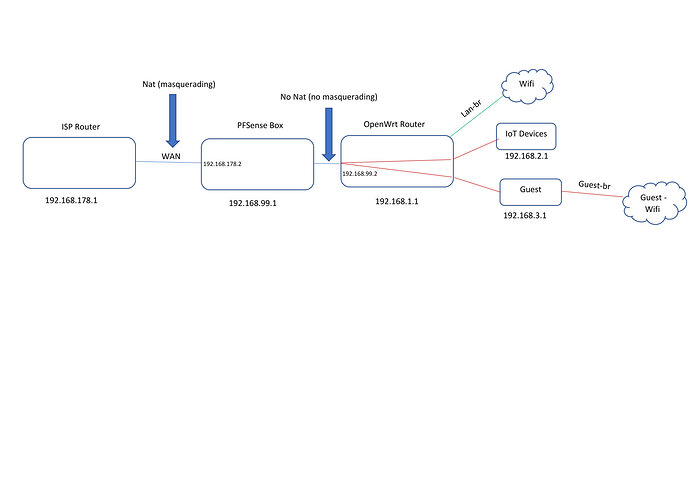 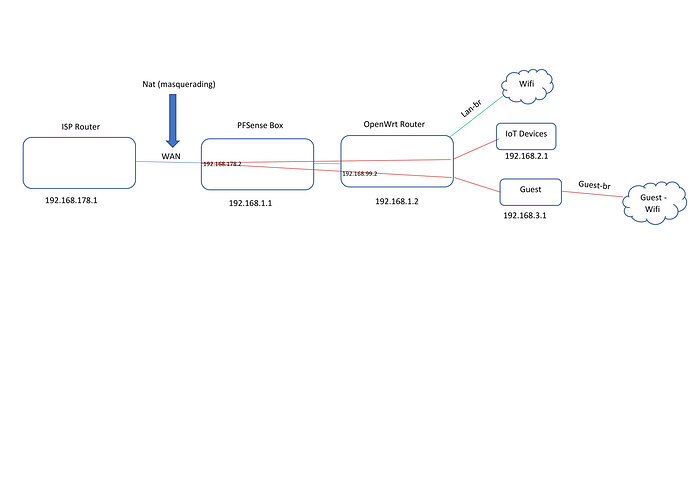 But that doesn't work.

I guess I need to set static routes

I also considered number 2 because it looks a lot cleaner to me, but I do not know if I can isolate the IoT and the guest network hosts from the LAN (192.168.1.0) that way. And I want to keep them isolated.

Can some help me with the setup? Preferred in luci when possible. Thanks in advance!

Convert your OpenWrt router to OpenWrt AP. You will need to configure your AP with VLANs, so search for 'openwrt ap vlan'.
Look for multi-VLAN recipes at pfSense forum.

Thx for your answer, you mean that pfsense act as a gateway, while the openWRT-Router acts as an AP and both are in the same network?

I don’t have many experiences with VLANs dothe VLANs need same IDs on both pfsense and openWRT?

pfSense acts as a router, OpenWrt device acts as a bridge (AP). You will need to configure the same VLANs on both devices.

Hello, got it to work. Found this tutorial, it explains the PFSense part and the OpenWRT part very well:

To get the VLAN from PFSense working on a certain LAN-port on the router, I created an additional untagged VLAN on the OpenWRT-Router and then bridged those two VLANs.