the handset has a router for wifi would be nice too but my main interest is the game and the fluidity of the gameplay, thanks in advance 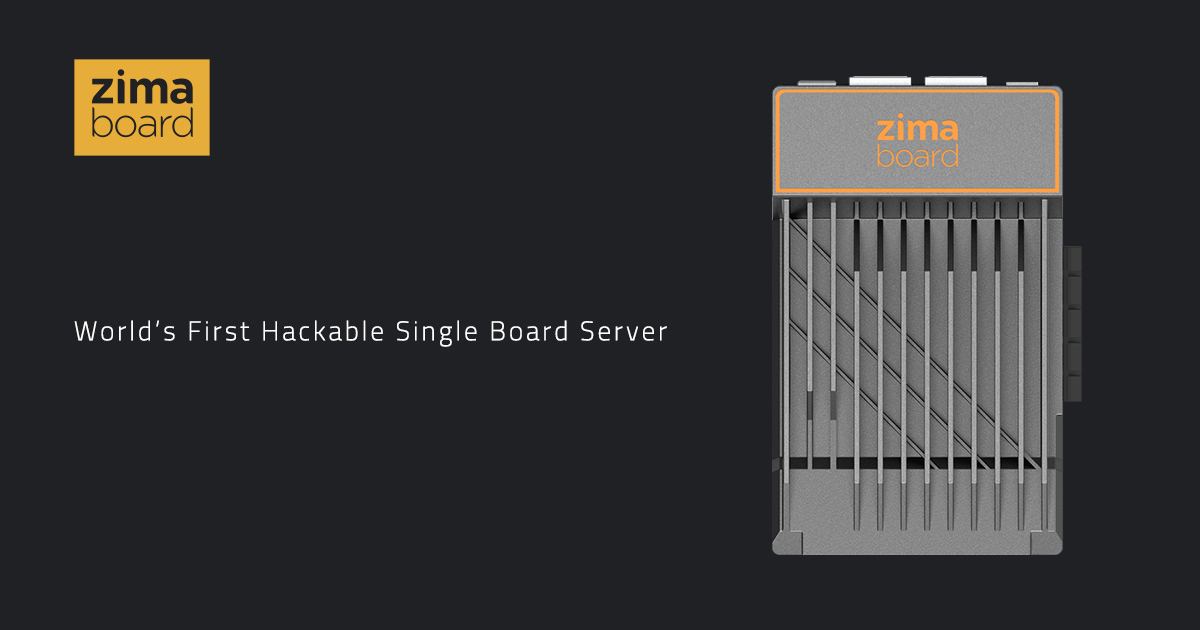 ZimaBoard is world's first hackable single board server. It is a hybird of micro server and SBC (single board computer). It's designed for building a low cost NAS, media server, and software router as your home automation and entertainment center.

It's "pre order" and I don't think it's a thing you can really get today. Meanwhile there are small PCs that you can buy today which will work well, like Zotac Zbox CI329 Nano, or HP Elitedesk...

And of course, there's always RPi4 with UE300, which including case and power supply and SD Card, is out of the box like $120 or less.

.... and it's vaporware until you actually get one.

OK thank you for your answers

thank you in advance for clarifying me

thank you frolic I read dlakelan's article with passion a few months ago;)

because most French ISPs make a maximum of 600 in upload ...

@daniel the specialist of rt3200

RPI4 and ci329 are PCs that turn into a router with OpenWrt, correct? what are devices that replaces the modem / router of the ISP? or just router?

And to address the ZimaBoard - it's a promising thing, but not released yet, and compared to prices of much more powerful x86 based boards, it's expensive. You'd probably be better off picking one of the recommended x86 SBCs.

As far as OpenWrt is concerned you're just as well off with ODROID-H2+ which actually uses newer hardware (it's still pretty old though). 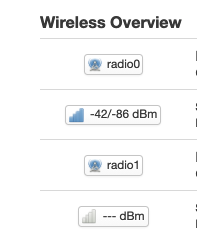 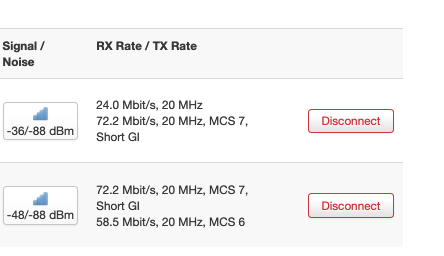 Please use the commands I've pointed out to you in the RT3200 thread. This screenshot is useless as it doesn't show nearly enough information.

while with orange I'm 70

my sqm is regulated at max 56

I do not understand

I see you're running a VPN. Is that active when you're testing? That might explain the speed drop. Otherwise I don't see anything that would be too different to my config.

How far is the router from the device running the speed test? I presume it's through WiFi. Maybe the other router has stronger signal, or the antennas are arranged differently, providing better coverage? Have you tried running a speedtest from the router itself?

the vpn is an vpn only for my ps5 and gaming

the router as an 1 meter for my pc

this is my cofniguration of macbook

i have stopped the vpn and he same thing

Looks like your devices are using 2.4GHz WiFi instead of 5GHz. Try setting the Operating frequency - Width of that adapter from 20MHz to 40MHz, and set channel to auto. That should improve things.

You should also check why your devices are using 2.4GHz instead of 5GHz.

I did some speed checks as well:

Mind you these tests were done while there were two Netflix streams active, on a 1Gbps fiber connection.

ok thanks if the distance is about 10m in a room upstairs,

is it better to use 2.4 because I think he does not even see 5ghz,

because 5ghz also has 80mhz

So you have at least one main wall (or in this case, floor) between the router and the device. That would also explain the signal drop (the RT3200's antennas/signal aren't the strongest).

just for be clear i'm use for 5ghz AX or AC you think ?

i have let driver defaut for country , i'm live in france

Well that block of "ground" (which I presume is reinforced concrete, an amazing way of blocking signals) is the issue then. Try a speedtest with a device closer to the router, or even better, through wired connection.

AX or AC, doesn't matter - though AX is generally better for "forwards compatibility" (e.g. if you get a new phone/laptop with WiFi 6, you don't need to tinker things).

The country setting is used to determine available channels, set it to France since the "driver default" will restrict the use of channels 12-13 (which might be under-utilised in your area, meaning less interference, better signal).

And it has dual 2.5gb ethernet ports. For that price this is a x86 sbc killer. If only it was available...