How to Pronounce "OpenWrt"?

Looking at the answers so far, I am getting more confident that there won't be some commonly accepted pronunciation. Even in cases of much more recognizable brands, pronunciations vary.

or hi-fi and wi-fi, where I believe the natives don't agree whether the last part is short for "fidelity" or "figh" (whatever animal that is...)

Strange that everyone(?) agrees about sci-fi

As for OpenWrt, I pronounce it "Open Veh eRr Teh" in Norwegian, skipping the "double" since there isn't really any difference between W and V. This is similar to how we pronounce WC and other imported abbreviations with a W.

wait there is someone that pronounce openwrt with double v as w ?

Yeap. In romanian we pronounce it the same as for example watt as vat

same here in italy. Also I never heared an eng yt video pronounce "double v at" for watt
So i guess... 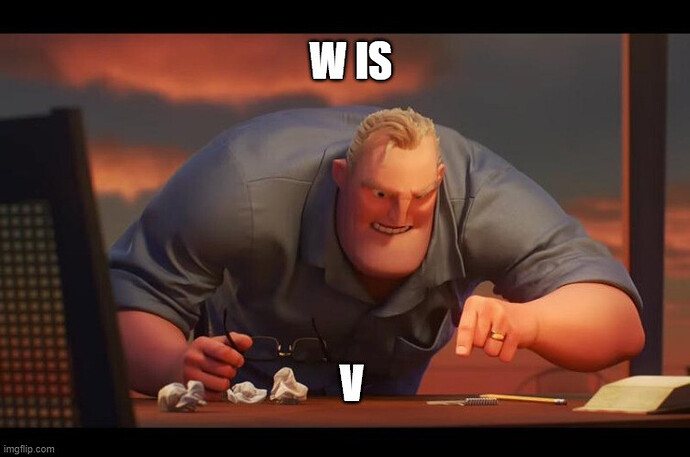 IIRC, long ago I heart someone said OpenWRT as "Open wé érrr té". Don't know where the person was from, but looked more like a dark skin Mexican and/or a person from any Latin America countries, i.e. Ecuador, Peru, etc., but with a shade lighter skin and an oriental accent when speaking English.

This is the Dutch version of OpenWRT:
OpenWRT-NL

Maybe some consonants too

Of course this is just for pronunciation. When people ask how it's spelled I'm a fan of cryptically claiming "o p e n w r t". Perhaps put an umlaut on the r and claim it's from a country that was lost during the standardisation of Wifi 6AX.

I'm shocked, SHOCKED to be the first person to correctly state it's pronounced Open Wert

Wert. Like Wart(verruca) but with an e in place of the a.
Wert, like Bert, from the homosexual power couple on Sesame Street: Bert and Ernie

Wrt must not stand for anything, because IF it did, the r and t would be capitalized. So it's simply one of those very few words that doesn't have a vowel. Hymn, hmm, brr, Nth, tsktsktsk, shhh

Wrt must not stand for anything

What does WRT stand for? Site Feedback and Other Questions

Wrt must not stand for anything, because IF it did, the r and t would be capitalized

I think that is correct these days, it is just part of the registered trade mark, but, as I originally said (according to my theory, and that of @tmomas ):

I've been using OpenWrt since the heady days of Whiterussian on a Linksys wrt54g.
The "wrt" standing for "wireless router".

It is now a vowel-less pseudo word. It is interesting and not surprising that many people that do not have English as their first language choose to enunciate the letters (w r t) rather than try to pronounce as a word (Wrt).

Hailing from the UK, I have always pronounced OpenWrt as "OpenRoot".

Qualifying this a little more, my UK English, northern accent, means "OpenRoot" comes out sounding more like "OpenRut" (rut, as in bump in the road) - in both cases a silent "W". In actual truth, when I say it there is a hint of an English "W" in there too.

The trouble is, most of us only encounter the pronunciation issue in a Youtube-video/seminar/Video-conference.

For the first two, we can quietly be shocked and wonder if we have been pronouncing it in our heads incorrectly all along or alternatively, silently shout disagreement with the speaker.

For the last one (video call/conference), the look on other people's faces when you use a completely different pronunciation to that which they use is entertaining at best, and disconcerting at worst

It got its name from the Linksys WRT54G, which WRT stood for Wireless RouTer.

OpenWrt version history Beginning The OpenWrt project started in January 2004. The first OpenWrt versions were based on Linksys GPL sources for WRT54G and a buildroot from the uClibc project. This version was known as OpenWrt stable release and was...

I think, in German or whatever language, in which the pronunciation of "w" is not so cumbersome like "double u", spelling "w r t" out flows well. So when they speak in English, they would just "translate" it to English, i.e. spelling it out.

But when I first saw the name "OpenWRT", I instinctively audialized (?) it in my head like "Wert". So I'm glad to know that it's officially correct in English !!

For me, pronouncing "doubleyou arrr tee" is rather challenging. (my first language is Japanese) German "Veh Er Teh" is easy, with fewer syllables, little change in vowels. "Wert" is equally easy to say.

And who said „OpenWert“ like Bert is the official correct one?

Well that is the point here, there isn't an official way of pronouncing it.

To me it makes more sense to "pronounce" rather than spell out.
Open Wert is good but I prefer Open Root with just a hint of an English W between the two words.

We can all say what we like as there isn't an official way.
But like I said, me talking to a German speaker on a video call can be challenging, or amusing to both sides

When I speak Dutch it is Open Wee-Er-Tee. When I speak English it is Open Double-U-Ar-Tee. Open Root sounds just plain wrong to me. I would not understand that you mean OpenWRT if you bring that up this way.