How to JTAG new ubiquiti motherboards ? holes not pins!

The new ubiquiti Units have to be 'jailbreak" in order to install openWRT.

I also had to compile from trunk and modify the files slightly in order to get a working image.

I may make a bigger post later, explaining what i did exactly. When it works 100%

I know the unit is booting openWRT because of the LED pattern.
but, i can't access the unit, and no wifi is broadcasted.
Maybe in made a mistake in the config files I added to the compilation, i don't know

I would like to access the mother board with the JTAG pins, and see what's happen in a serial console.

Problem is, the new motherboards have HOLES and not PINS.
the traces are so tiny that i'm sure i will short everything if i try to solder pins on this 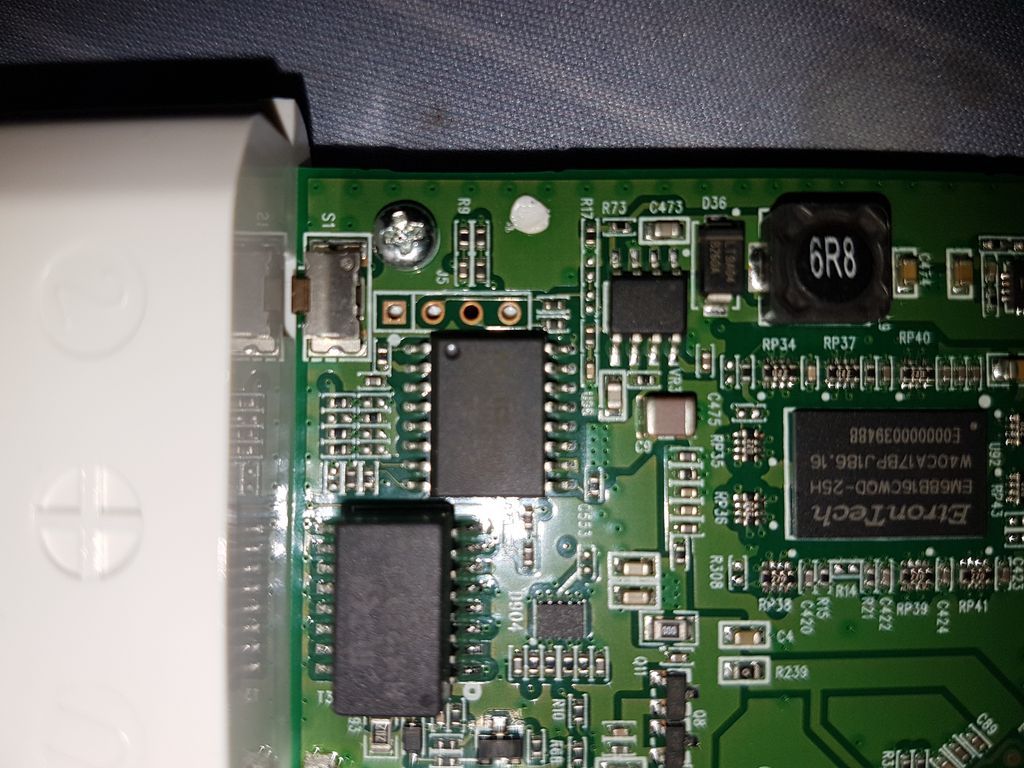 but i can't figure what to order :

maybe this ? but how to be sure it's the correct item ? and i don't know how to use it 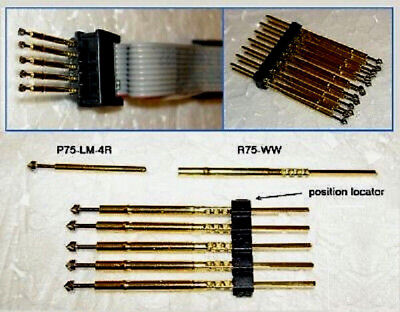 Find many great new & used options and get the best deals for Spring Loaded Pogo Pins & Receptacles for Jtag at the best online prices at eBay! Free shipping for many products!

Is there someone here that can explain me how to connect to the board ?

JTAG or serial port? They are two, different things.

If the 1+3 in the silkscreened box, careful soldering of wires would be my approach if only temporary.

If longer term, then I'd use what look to be standard, 0.1" spaced header pins, soldered in place (check the spacing, usually called "pitch" in part specs).

The spring-loaded or "pogo" pins are generally for high-volume, automated-testing use. In these situations, the board is precisely placed on the line in a jig, the connector descends to press against the lands, the test is made, then it lifts up and the next one is put into place, often on automated machinery.

I use an adapter similar to this usually :
JTAG -> USB adaptor : The cable is easiest way ever to connect to your microcontroller/Raspberry Pi/WiFi router serial console port. Inside the big USB plug is a USB<->Serial conversion chip and at the end ...

it creates a "COM" port on the computer, wich i use in a serial console (putty)

yes the holes are the 1+3 in the silkscreened box

thanks for the answer, do you have a link to a tutorial article or video that shows how to do with the pins you mentionned ?

honnestly i'm not sure if a human can solder wires on this. i can't for sure.

Holes really aren't a problem but those have solder which would need to be cleared out. This could potentially be done with a really small drill bit if you don't want to "solder" at all. Once you have empty holes then take a strip of three regular square pins and plug one end of the pins into the serial adapter, put the other end through the holes and tilt it to the side so it makes contact.

Now im tying to find the pins. found some on ebay from china, but also on a local store near home

do you think this one will work ? :

No relation to JTAG at all.

if a human can solder wires on this

That's easy with the proper tools, my favorite component is a round magnifying glass with the lights.
For the single use there is no need to solder - just put the uninsulated wires through the holes and insert something in the same holes to fix the wires, even the peaces of the stripped insulation. Very quick and unreliable.

Sounds like OP has no experience with soldering so probably best to use one of the temporary connections suggested. For the record in case anyone looks this thread up in the future typically you would de-solder from the bottom of the board to clean the holes out, then solder new header pins in. As noted these are usually 0.1" standard spaced headers, but no guarantees.

If I was doing this I'd put the board in a vice or mount to hold it vertically so that both front and back were accessible. Heat up each "blocked hole" with soldering iron on sufficient heat/power from the back side of the board, and use a solder sucker to vacuum it out from the front. If you don't have one/can't find one the other option is to heat up the solder to melting point and very carefully/quickly blow air from the front side of the board as you remove you soldering tool. Tiny hot beads of solder go flying so be careful but hey, they get out of the hole!

I'm interested in : "I may make a bigger post later, explaining what i did exactly. When it works 100%"

Otherwise for your problem you are sure of the network driver used? Looks like we have to use the loco-m-xw to get the right network driver.

OP never said exactly what model it was. It is correct there will be no Ethernet installing a build for a two-port model onto a Loco type device.

For a beginner... if you have some solid core cat5... chop some strands to about 6 inches, strip 1 cm off each end and pre-tin...

Then one by one... tin them in ... if your gentle... they are strong enough to push through themselves when the existing solder softens...

Route the board side neatly but with a little slack then hotglue ( technically a drop after you do each wire ), to somewhere flat and plastic on the board... ( usually the top of an ethernet port )...

You can now mess with the other ends to your hearts content and not mess around near the pcb... The downside of this method is that the loose ends won't take much of a beating before they need restripping... so be gentle with them and make sure you have slack to redo later...

For rows of stuff / desoldering you really have to have a feel for heat control... And that takes a year or so of practice...

Heat up each "blocked hole" with soldering iron

The holes are currently not filled with solder so that's not a problem, thanks for the technique though

Otherwise for your problem you are sure of the network driver used? Looks like we have to use the loco-m-xw to get the right network driver.

OP never said exactly what model it was.

Yes I did, it's a rocket M2 XW version, shipped with airOS firmware 6.1.5XW, and unable do downgrade further, so the signature verification is enforced.

a friend of me advised to use the pogo pins, so i will go with that, im out of home for a few days so i will get the parcel later at the post office.

Okay now for the technique I used to install openWRT :

it can be obtained following those instructions (NOT MY WORK, KUDOS TO THEM !): 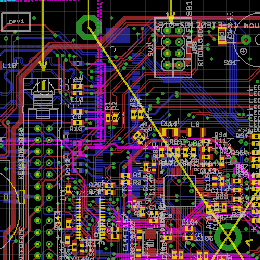 it will flash correctly and the LED patern then match with openWRT behavior. But i'm unable to comunicate with the router. Maybe it's a small problem but i need to access a console to diagnose it.

Yes it sounds like you just need to log in by serial and fix the network config. Single port builds are supposed to come up with the port attached to LAN by default. Check that the Ethernet light comes on when you plug in a live cable. If it does not the hardware is probably not being initialized correctly.

Check that the Ethernet light comes on when you plug in a live cable. If it does not the hardware is probably not being initialized correctly.

thanks i will do that when i'm back from holidays !

How did the pogoplugs work for this? I have a different Ubiquiti board I'm wanting to gain serial access to and am facing the same issue with the header not being there and I can't solder to save myself.