How to disable internet access but let DHCP work on Wifi?

Hello. As i have a low spec device and i dont really use 2.4G because it is more impacted by performance loss i want to disable internet to it and use it as a local network. How can i do this? I need it to be accessible to all devices that have internet tho, as i would like to connect printers and smart home devices to it. I can remove interfaces and a fixed IP works but then Printer has no connection to PC.

Theoretically skipping the DNSes would work too, but it'd still be able to communicate based on IPs.

Another option would be to block it in the firewall.

i am very interested in the firewall option. How do i do that?

You can also set up a separate VLAN/SSID for different groups of wired/wireless clients.

I blocked in firewall everything from WAN going to the MAC of Acess Point but didnt work somehow. I wil ltry guest.

You should block everything going out from the MAC to internet.

AP operates transparently.
You should filter traffic from MACs behind the AP, or set up bridge firewall on the AP.
Or, convert AP to a router and filter specific subnets as mentioned above.

I installed everything for bridge firewall. Seems as best option to me. I already use firewall as a kill switch for vpn.

Here is my UCI from Network:

What do i do next to set up bridge firewall? All packages ready for it, just need little help in configuring.

Like this? This btw has no effect on my network. 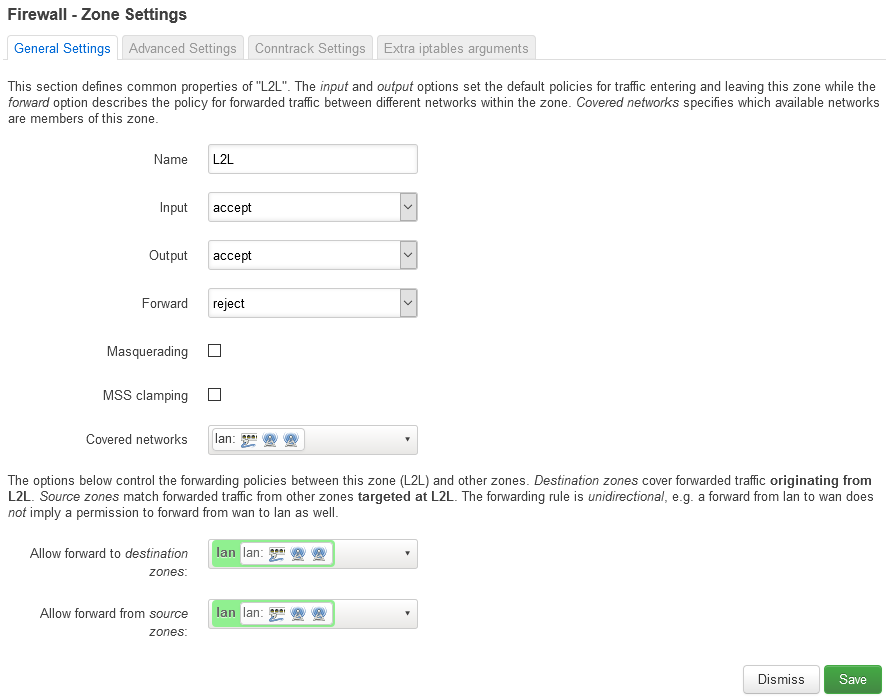 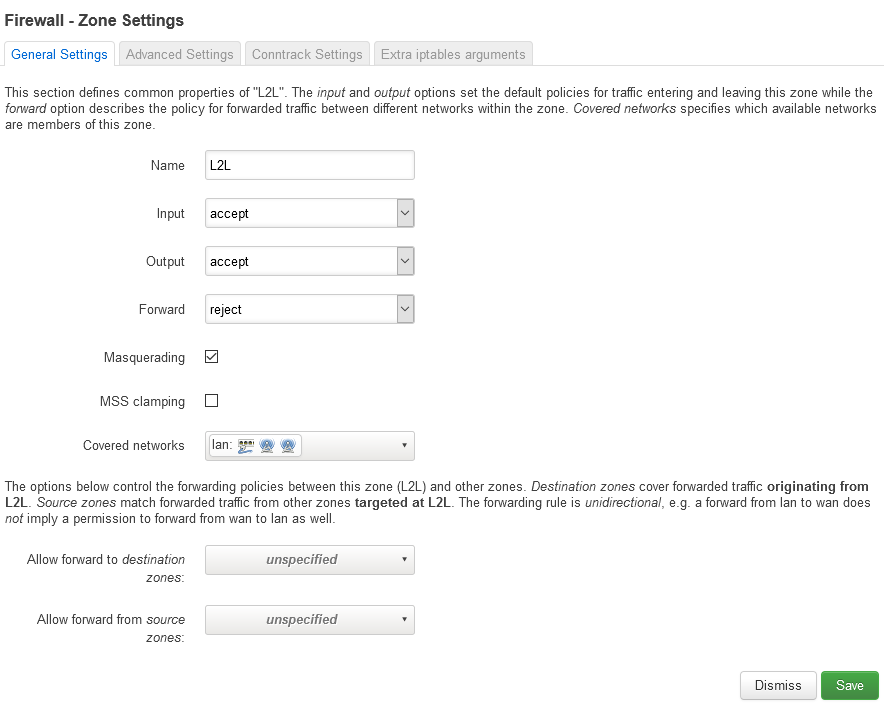 I tried this too: 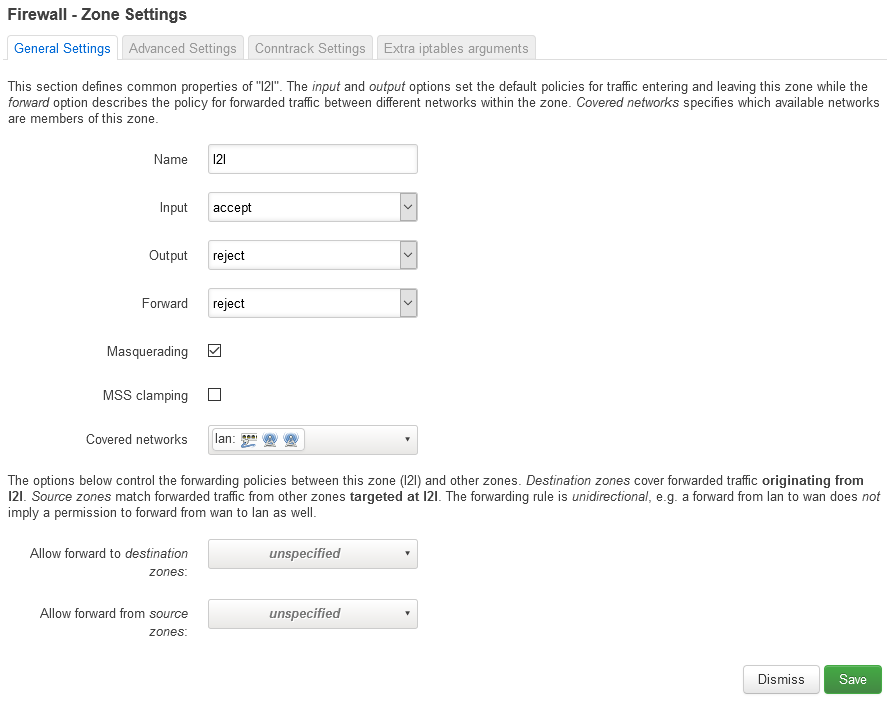 I can set these settings to be valid for WLAN1 (the target AP). Thing is they dont do anything somehow.

My WAN and VPN rule tho work just fine, if VPN isnt connected, i have no internet.

Edit: Printer gets recognized but my ethernet adapter connects to second subnet instead of first. My 5GHZ network connects properly to old subnet and has VPN access.

Tried static on pc, didnt work. It did work with DHCP for a while but then failed graciously.

How do i fix this without shutting DHCP down on the new interface? I want both DHCPs to work but old network for 5ghz and lan, and new dhcp for 2.4ghz.

Solved with traffic rules. No additional bridge was needed.

Decouple the Wireless AP from the Bridge in Interfaces, define the same as default of the bridge.

In firewall make new entry and allow all traffic between LAN and new Interface from both sides.

Its important that the internet output device of other APs or Ethernet has outgoing towards the new interface. Dk why. For me it is VPN.

Add traffic rule to allow traffic between ports (both sides).