How does OpenWrt (snapshot) run on Netgear R6700v2?

I know that you can install a master ("snapshot") build of OpenWrt on the R6700v2, but how does it actually run? On the snapshot info page it's warned not to use snapshots for regularly used routers because they are not a stable release. I've been watching the forums for more updates on R6700V2 and whether or not it would get an official release version of OpenWrt.

I'm getting a bit frustrated with the limited functionality of the router I have. My old router had died unexpectedly on me and I bought the v2 knowing it didn't support third party firmware, but I was okay with it since it was on sale and was still considered a decent router. While I've used DD-WRT on older routers, I never fully utilized all the features so I was fine was using the stock firmware at the time.

A couple of years later, now that I'm getting interested in setting up a Wireguard VPN service for one device through my router and VLANs, I miss having a router with that capability. While I've looked into getting another similar supported router, and many of them are really cheap now on the used market, I'd like to keep what I have. Any chance the r6700v2 will get an official release version?

Yes, the R6700v2 is a clone of R6800. The table on the OpenWRT wiki doesn't show that the R6800 has the 21.02 RC. Are there any indications that either of those routers will eventually get support with an official release? I'm surprised the R6700v2 didn't get support earlier considering it has Mediatek hardware. I thought that was well supported by OpenWRT or am I mistaken?

Thanks for that. I've never used OpenWRT before, so I'm not completely familiar with how it works, but I've flashed routers with DD-WRT or Tomato. I'll take a look at the images and see how to install them soon. I'm guessing these RCs contain the LuCI interface already? I'm also guessing that since these routers have received the RCs, they will most likely get the stable service release for 21.02 whenever that comes out?

Yes, and yes. They'll definitely be in the stable release.

That's amazing!! I've been checking back on the forums for the last 3 years since I got the router to see if it would get support. It took a long, long time, but it's almost perfect timing for me as I now have more reason to use a third party firmware vs 3 years ago. The router has been perfectly fine for my needs and I should be able to get a few more years out of it instead of having to consider buying a new router.

Do you notice any wifi performance decline with OpenWRT on your R6800?

I cannot comment on that unfortunately, I replaced the OEM firmware with OpenWrt from the get-go. The wireless is well supported though (MT7615 radios).

Hey did you get this to work on your R6700v2? Thinking about doing this with my device.

It's supported, so it's probably a yes. 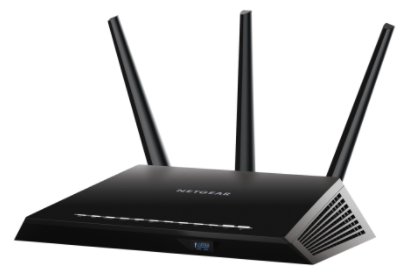 NETGEAR R6700 v2 Under Construction! This page is currently under construction. You can edit the article to help completing it. This is a dual band 802.11ac AC1750 gigabit wireless router. There are three detachable antennas and a USB3 port. ...

Ok thanks, I was also hoping to understand their experience with flashing as I haven't done this before. Don't want to brick my only router.

The image is tried and tested. You won't brick your router if you follow the instructions to the letter.