I assume that SQM I not required at [gigabit] speed

ISPs still buffer, and pretty aggressively. If anything, it wouldn't surprise me if there was more buffering of higher-speed connections on pipes over-subscribed past their capacity.

However, unless the OP is expecting to have over 400-500 Mbps in the next few years, this is drifting off topic.

The ZyXEL NBG6617 is apparently a well-priced unit in Europe that may be an attractive alternative to the more expensive units.

The AVM FritzBox units have quite a following. Some are well supported by OpenWrt, some are a long way from it, so check carefully on the wiki and searching here to understand the level of support.

There's also a latency problem where I get 2-3ms higher ping for some reason. I imagine this is not an issue with WiFi.

I get 2-3ms higher ping for some reason

I would not write off this router just yet. Did you try disabling the MIB counters on the switch? I am getting only ~0.5ms additional latency on a wired connection LAN to WAN.

Back when I had this router (I sold it for reasons already elaborated), I tested both the stock openwrt witch driver without the MIB counters as well as qca8k. Both behaved the same.

The way I observed this was simply by replacing the R7800 with a different router and observing ping times that I was getting in-game. I did this twice (again, the R7800 has really good WiFi). In the end, I got fed up.

edit: I have a feeling that a driver for the NSS cores will fix this, but I have no patience.

That's true. Not really a problem though as long as you do not feed it jumbo frames (e.g. on WAN) because then it will Oops (a work-around though exists by UCI setting MTU to a high value and thus ensuring the DMA buffer is large enough).

Combined with a simple true VDSL modem you'll be able to throw a lot of data to this router. Netgear DM200 is one of the very few VDSL modems available and comes with full OpenWrt support as well.

Hi all again!
Thx for all your posts and answers! They really helped! Finally I bought a Linksys WRT3200ACM to do my first steps into the OpenWRT world. I think it is a good starting point as it is widely supported and it seems to be the one more "beginner's friendly"

I already read a lot of documentation and have a lot more to read...there is a router pending to be flashed this weekend!
Thx again!

(at least 4 if your area has gigabit service on the way), AES-NI, dual-core or more; managed switch;

Did you recommend "at least 4" to be able to aggregate two ports? Did you try that on your APU2 boxes?

That’s correct, bonded at least for the modem, then however you need to distribute internally, be it either split over topology or another bonded pair to a switch.

I haven’t tried it on the PC Engines hardware at gigabit symmetric rates.

jeff: What x96_64 devices are there that have a built-in ethernet switch ? The ones i see on aliexpress all look as if they have all discrete gigE ports (only).

Not sure yet if i really miss the built-in switch on x86_64 mini-pc, but its certainly easie to manage VLANs if you have one.

https://www.newegg.com/Product/Product.aspx?Item=9SIAEHG64B3765&Description=roqos&cm_re=roqos--22Z-005E-00004--Product (goes up and down in price quite frequently)
https://wikidevi.com/wiki/Roqos_Core_RC10

At least for me, getting away from the router-grade switch chips is a big advantage.

In contrast to decent, managed switches, these chips often come up pre-configured to bridge the LAN ports, which can result in VLAN leakage until the switch is configured, and often every time the switch is reconfigured (most drivers I have seen reset the chip on re-configuration). There's also the annoyance that the current drivers for some (most) chips require specifying the VLAN and PVID if you use anything other than the low-numbered ones. You also don't have exposed control over ingress rules (such as "only allow tagged packets") and other configuration for "non-trivial" use cases. 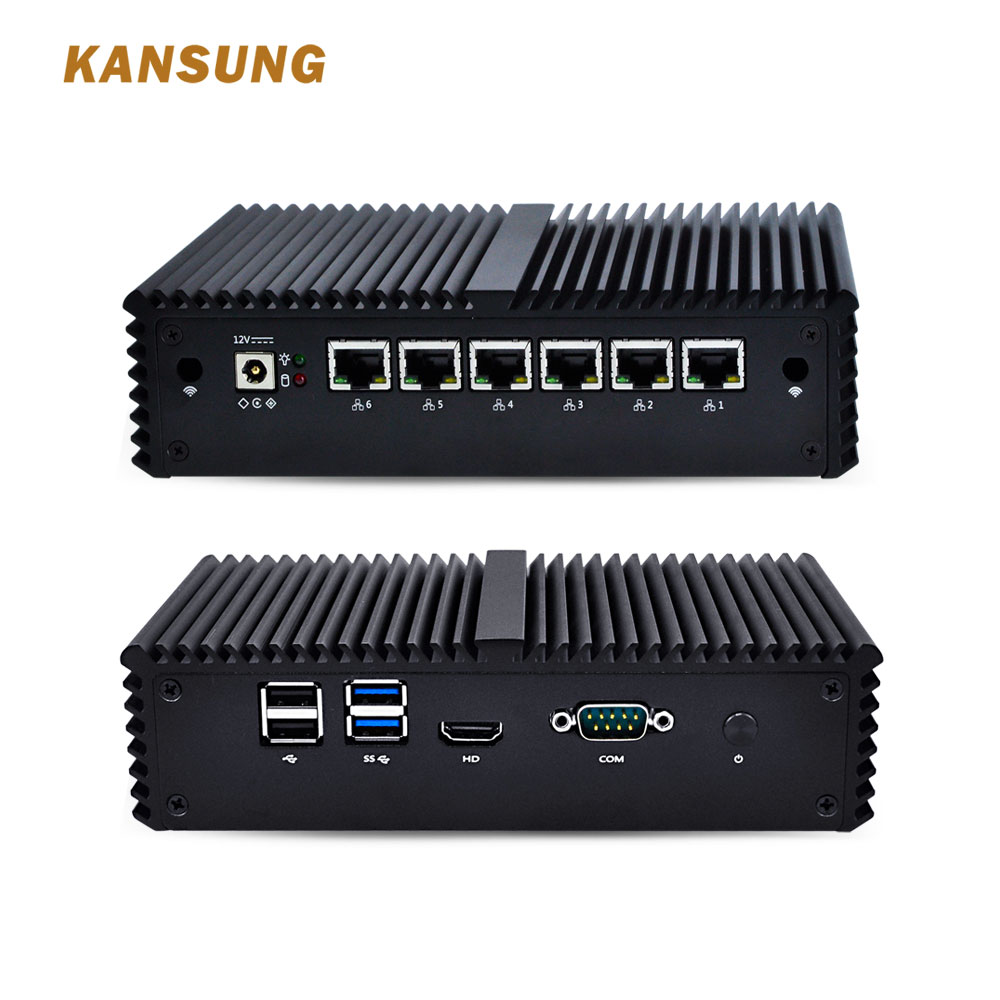 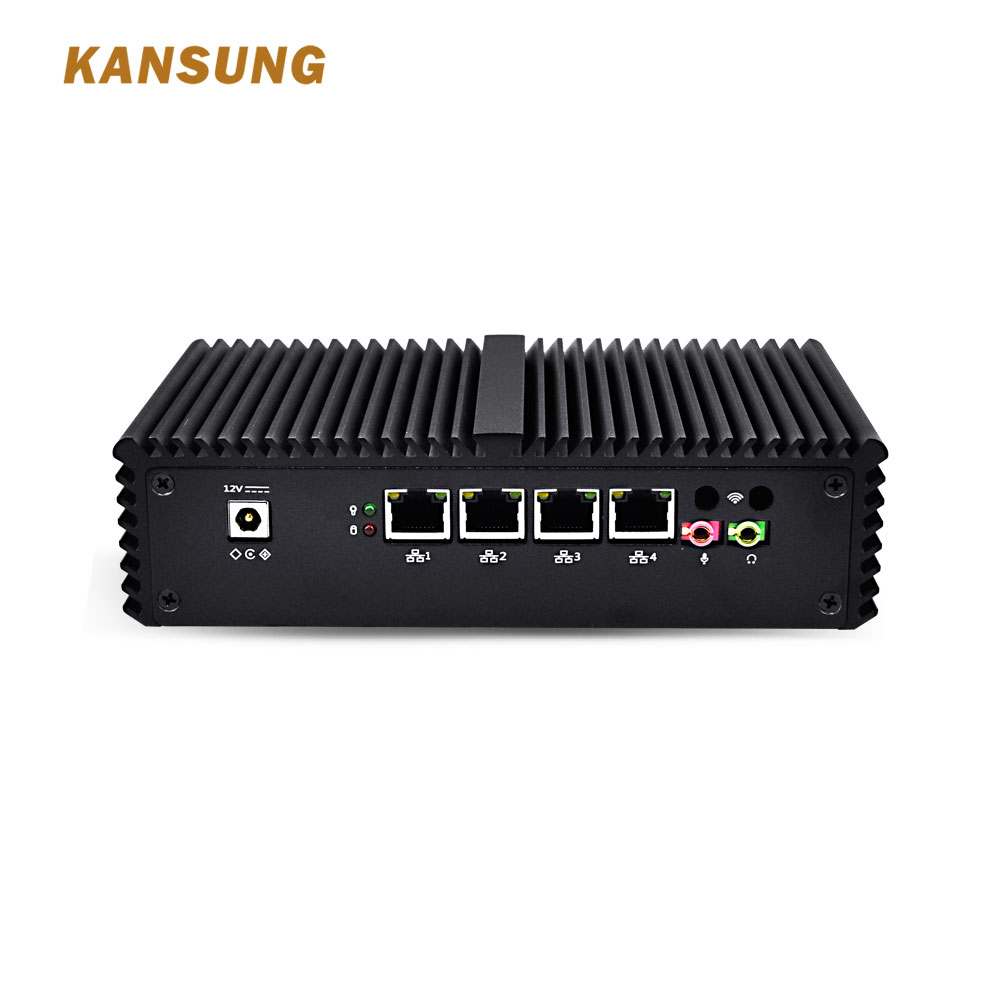 @shm0 -- If you just paste your link, then people can read the link (you can't hover a link on a phone or tablet). (Thanks!!)

Wireless cards for PCIe or what have you are a lost cause. Virtually all aren't simultaneous dual-band and many don't support AP modes. They're mainly for being a client.

How much you want to trust cheap, no-name imports is up to you. For me, a router is a critical piece of infrastructure. If it's "too good to be true", then it probably is.

For some home fun at home or doing some smaller projects, i guess some cheap no-name imports are okay for that

But when doing critical projects, yeah i agree there are better choices.

For the wireless part,
yeah too bad i can't find any dual band cards either...
But cards with atheros chipset should be okay? they can also be used in ap mode?
Seems like, they offers from alibaba have to two mini pcie slots,
(maybe the sim card reader needs to be disordered, but im not sure..)
so it should be possible to have
one wifi card (like Compex WLE200NX) to serve a/b/g/n on 2.4GHz band and
one wifi card (like Compex WLE600VX) to serve ac on the 5GHz band ?
Problem is, there are only two slots for the antennas.
Maybe a T-Spltiter/Adapter can be used to join the 2.4 and 5GHz signals into one and
then feed that into a dual band antenna?
And for storage the sata port can be used with a 2,5" hdd or sdd.
(The casing has mounting support i think..)
For home use that should be quite okay...

No, you can't "split" or "join" antennas like that. Be careful as very often one or both of the PCIe slots are crippled in one way or another. Be aware that many PCIe slots can't supply either or both the right voltages and enough current for higher-power wireless cards. You're really a lot better off with an AP.

Edit: To be fair, yes, there are ways to combine and split RF in the GHz range. However, purchase of such units with connectors is comparable to or in excess of the cost of high-end wireless cards / APs. Design and fabrication of such circuits is beyond the capabilities of most computer hobbyists.

So seems like two extra holes need to be drilled

How much you want to trust cheap, no-name imports is up to you. For me, a router is a critical piece of infrastructure. If it's "too good to be true", then it probably is.

But when doing critical projects, yeah i agree there are better choices.

What other choices do you have in mind? APU2s seem to be highly regarded, but something a little beefier? ie comparable to the 6 port boxes posted above.

I think i will add an external usb one for 2.4ghz.

I am not sure you will get satisfactory performance from a USB wireless adapter, as they are not designed for routers.