I would like to ask you people some questions about my installation. (pics edited for reference)

My INET config is: 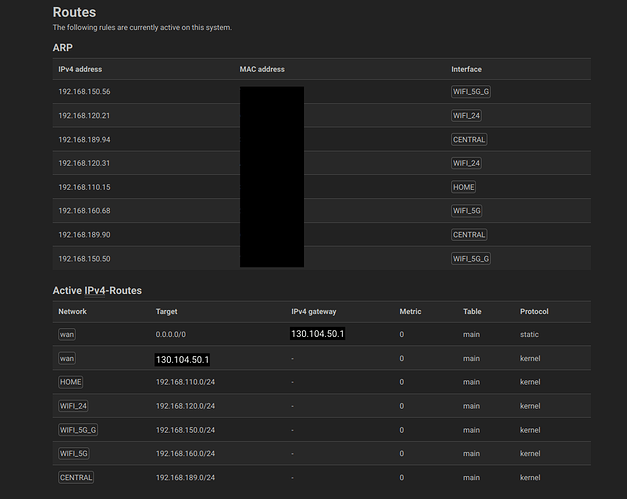 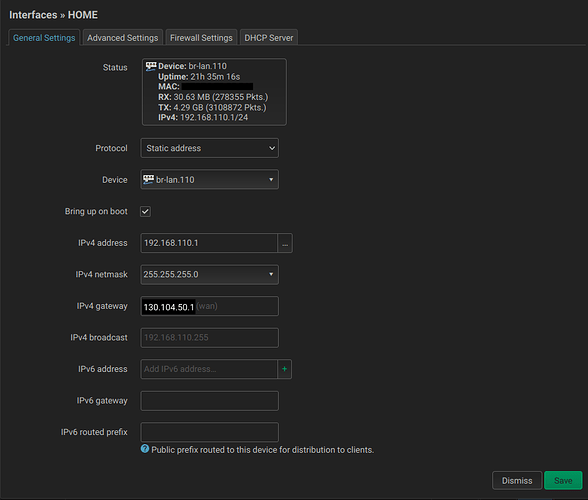 The gateway is used for the default route, which tells the router how to forward packets to destinations that isn't handled by static routes or to a subnet configured on an interface.

Usually only the WAN and VPN interfaces are configured with a gateway on a router. I assume the PPPoE protocol configures a gateway automatically. There is no reason to configure the same gateway on a LAN (HOME) interface. BTW the gateway usually should be located in the same subnet that's configured on the interface.

I haven't changed anything related to gateway

The "IPv4 gateway" on the HOME interface is the default option (placeholder), I haven't type something in there. Should I leave it as it is?

BTW the gateway usually should be located in the same subnet that's configured on the interface.

I didn't understand that

Your settings are correct, no need to change anything.

BTW the gateway usually should be located in the same subnet that's configured on the interface.

I didn't understand that

It doesn't apply on point to point interfaces like pppoe, so forget about it.

The default gateway is where to send a packet for the Internet. Any IP that isn't part of one of the router's other known networks defaults to being "on the Internet," and the router will by default pass it to another router which hopefully knows how to continue it on the way to the destination. So this is a really fundamental concept in connecting a home or business LAN to the Internet. Fortunately for consumer services is usually handled automatically by the service provider pushing the relevant configuration through DHCP or pppoe.

When you're bridging directly to the ISP, the next router in line is actually owned by the ISP, It is at the other end of your fiber or DSL line. Usually you can ping that IP directly and you should get a response time of several milliseconds, the time to make the first trip through the modems.

If your AP/router is the device that connects to your ISP do not set the gateway on that router. The pppoe service will automatically update the default gateway after successfully obtaining an IP address from your ISP. Any other access points in your network you hard set the default GW to the router.

Thanks guys, I really appreciate your answers