I am looking for a router without WiFI in a small form factor (see image) because I want to replace a cheap 5 port unmanaged switch sitting in our electrical panel. We get internet through our rental agreement but I want everything to go through my own OpenWRT router. 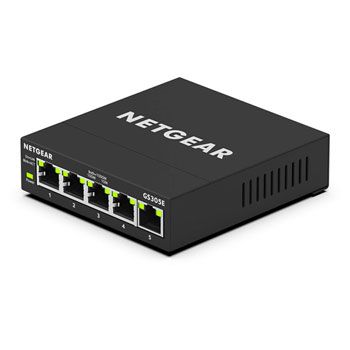 It has to fit the general form factor as the image above because there is limited space in the panel. There is one input WAN and 4 outputs that go to the different rooms in my apartment. My plan is to put a bridged WiFi AP in one of the rooms to supply wireless

So far I have only found 2 routers without WiFi that support the latest OpenWRT release:

But thats pretty much it.

Are there any other routers I am missing? It seems like there are many times more WiFI routers than non-wifi routers.

Need help with VLANs. WAN traffic going both in and out of the same port but with different VLANs
anomeome February 22, 2021, 11:51pm #2

H2+ with netcard is an option

The Odroid H2+ is very expensive, has a huge heatsink, has no case and the Net Card option makes it even larger.

My plan is to put a bridged WiFi AP in one of the rooms to supply wireless (a so called "DumbAP", see the OpenWRT wiki because I am limited to 2 links per post)

Another option is to get a VLAN capable switch that you can use instead of the 5 port unmanaged switch. Then you can configure a VLAN trunk (with both WAN and LAN tags) on the wall port connected to the OpenWrt device and configure it as a router instead of dumb AP.

I am not sure I follow. So the traffic would be going through the front switch, to the OpenWRT WiFi router, back to the switch and then to the different rooms?

Edit: Also, I was hoping to have OpenWRT on all my network devices to have full control of the traffic. Are there any OpenWRT capable switches?

You should consider the recently added 'realtek' target, those are all switches, but since you put OpenWrt on them you can reconfigure the ports like you wish. I have a ZyXEL GS1900-10HP, for example, but there's also the Netgear GS108Tv3 etc.

The SoCs aren't the most powerful but unless you got high WAN speeds and want traffic shaping on those, the SoCs should suffice.

Before recommending any router, a vital question is what is the ISP speed? The Edgerouter X and RB750 are the same chip inside (MT7621A) which is good to about 200 Mb if you're not running a VPN. OpenWrt on the GS1900 is an interesting concept but it's a lot less CPU than the MT7621.

Most versatile solution is a managed switch in the closet and router of your choice in one of the rooms.

Hmm I hadn't thought about that. I currently have a 200 Mbit connection but I can pay a little more and get 350 Mbit or even 500 Mbit.

So when you say a more versatile solution is a managed switch in the closet and a router of my choice in one of the rooms, are you talking about a similar solution as mikma above with a trunk VLAN?

Also, do you know about or can you recommend any such managed swich that either fits the form factor I am talking about or kind of in the price range? Do you just mean to get a Cisco switch?

If physical size is a hard limitation I would think Zyxel GS1200-5. Really look at the -8 also, it is only a few dollars more, the width of 3 RJ-45 jacks wider, and you might want more ports at some point. The 1200 will never run OpenWrt, but their latest firmware seems capable and secure(*). The smallest 1900 is quite a bit larger.

Regarding my other questions, were you were talking about a trunked VLAN? I have never had to setup a VLAN before so I am not sure how it would all work out together. I already bought a OpenWRT capable WiFi AP (Archer C7 AC1750) but it is running in the default configuration.

Also, I kind of wanted to avoid proprietary firmware like with those switches and solely use OpenWRT so I know exactly what is running on them and can upgrade the firmware and install packages if needed.

Do you mean to say that by getting a managed switch like the Zyxel GS1200-5 it will provide faster speeds at the expense of not being able to install OpenWRT as such a router (in my desired form factor) does not exist or would be too expensive?

I'm assuming there is one Ethernet cable from the central point to each room. Using a trunk cable (all packets have VLAN tags) you can direct the WAN to that cable with a certain tag, route it with a router, then send the LAN back to the closet on the same cable with a different tag. The switch would then send only the LAN to other rooms.

If the only box (be it a switch or router) that will physically fit must be the size of the existing 5 port unmanaged switch, you don't have a lot of choices for hardware in that location.

Using a switch you have the potential for 500 Mb speed up and down, if your router can keep up. The 500 because the incoming and outgoing packets share the same gigabit cable.

Ok thank you, that was very helpful.

So the packets have to go through the switch, to the router and then back to the switch to get to the rest of the rooms if I go with this solution.

The biggest problem here is the form factor…

While you can easily get travel routers or SBC-like routers (thinking about nanop r2s/ r4s) in that size, those usually have 2, 3 at most, ethernet ports - any router with more ports will be larger than that (and even smart-managed switches easily exceed your size constraints).

Especially your example specimen is particularly small, which makes the situation even more difficult - how much headroom beyond those dimensions do you have, what about the PSU. A snug fit would also be a rather serious issue in terms of heat dissipation.

I agree, the form factor is what is limiting my choices.

I could maybe fit something a little wider (something like a 8-port device) but the depth is really what is limiting here. It could maybe just be 1 inch (2-3 cm) deeper. The PSU currently is a small phone-adaptor looking charger that plugs into a power socket in the same panel as the switch.

Using a switch you have the potential for 500 Mb speed up and down, if your router can keep up. The 500 because the incoming and outgoing packets share the same gigabit cable.

Yes, the combined bandwidth can potentially be at most 1000 Mbit/s when you have "router on a stick" with gigabit Ethernet instead of 2000 Mbit/s otherwise. But the distribution doesn't have to be 50/50 between download and upload. You can potentially get faster download than 500 Mbit/s, for example 900 Mbit/s download and 100 Mbit/s upload (for the TCP ACKs etc), if the router can handle that.

Raspberry Pi4 is also an option for this. You will need :

I am working on a build that works as a router "out of box" on RPI4.

This repository is a mirror of OpenWRT. This repo has been configured for Raspberry Pi - shamitv/openwrt

Just connect Ethernet cable from "WAN" to USB Ethernet adapter and Connect AP to on-board LAN port and you should have a fully working router (http://openwrt.lan would be the admin URL).

I have been happy with the ClearFog routers. The Pro and the Base, both have performed quite well for me. I get ~700Mbps over Wireguard, which has me smitten.

Can I ask you how you determined how much throughput those devices can handle?

I know that by purely looking at the MHz of the CPU does not determine the throughput, so do you have any specific resource you go to for getting benchmarks for these chips/devices?

I'm using an RPi4 for my edge router and home and it's working great.