Does anybody have experience with those travel routers with regard to:

Is the AES engine „turned on“ in OpenWRT ?

There is no upstream driver for MT7628 AES engine, so no.
But there is an out-of-tree driver https://github.com/vschagen/mt7628-aes , written by @drbrains. You can build a custom firmware with the driver, openvpn-openssl and libopenssl-devcrypto.

Then you'll need to configure OpenSSL and OpenVPN to use the cryptodev engine.

Dear all,
thanks for the great responses.
My own build is not my strength, unless I misunderstood and it could be downloaded and installed via opkg.
Looks like my Netgear EX6150v2 is still the best compromise between size and openvpn speed and cost.
cheers blinton

I misunderstood and it could be downloaded and installed via opkg.

Yes, the GL.iNet firmware works just like the OpenWrt firmware as far as packages (opkg) and upgrades (sysupgrade) go, either over the command line or through LuCI, and they support a full set of package archives. The GL.iNet firmware supports "repeater" operation out of the box.

The OpenWrt builds, at this time, only support NOR flash. 16 MB of flash is generally sufficient for users that aren't installing huge packages (programming languages, fancy media servers, ...).

OpenWrt builds that support NAND flash for the AR300M and AR750S are hopefully not too far off, though I have to get the driver for some older-production units' Paragon-brand flash through upstream Linux. Once accepted, NAND-based builds should be available through OpenWrt downloads.

Until that time, local builds can be based of the branch ath79-nand-2019-06-11 (or subsequent, later-dated revisions). 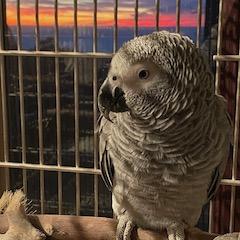