Firewall Zones bug or am I just misunderstanding?

I do not want forwarding between various portions of the LAN zone. Specifically I do not want WiFi clients to be able to connect to a device on Ethernet LAN.

My firewall is configured as follows, with Forward set to Reject. I think this means that Wifi clients can not talk with Ethernet LAN, and vice versa.

With that setting in place, I can still connect to a LAN based web server 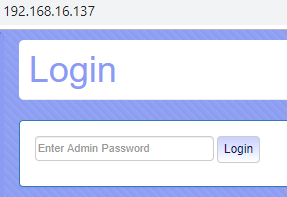 Am I misunderstanding what Reject means?

Unless you have customised your installation, the default "lan" zone points to the bridge between your wired ethernet and your wifi network. The firewall won't handle this case since they're on the same segment.

You could try splitting the network in a "wired-lan" and "wireless-lan" network and then create two matching firewall zones.

In that case, I really do not understand what the Forward column means. I thought it was about forwarding between the various wifi/ether interfaces contained within this LAN zone.

I really do not understand what the Forward column means.

That's it's only function; and not common in a SOHO/consumer configuration.

I thought it was about forwarding between the various wifi/ether interfaces contained within this LAN zone.

It is, but only if these interfaces happen to not be bridged.

Forwarding works between firewall zones, not within any zone.

I suppose part of the confusion is the label of the zone, give it another name if that helps you distinguish the two concepts.