my brother has a 1gb/600 fiber optic no matter what i do his connection is slow, i tried qosify and sqm with nftables rules

his ping is on waveform of 10ms

what are the advantages of having a fiber except a speed because I have the impression my feeling is that the vdsl2 is the best currently to play the games I make you share a recent gameplay, my character is fluid, my brother and his fiber has the character three times slower 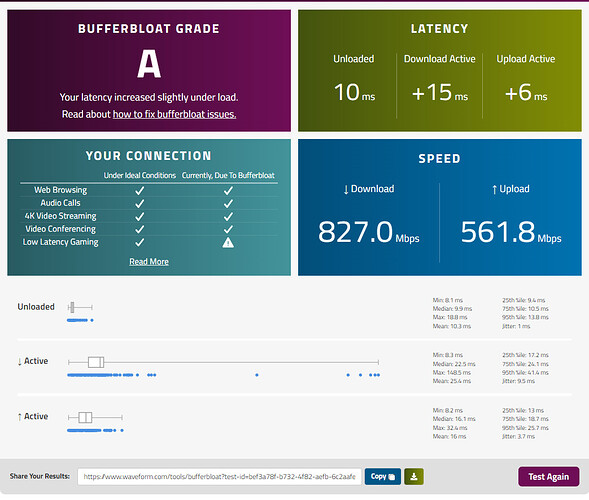 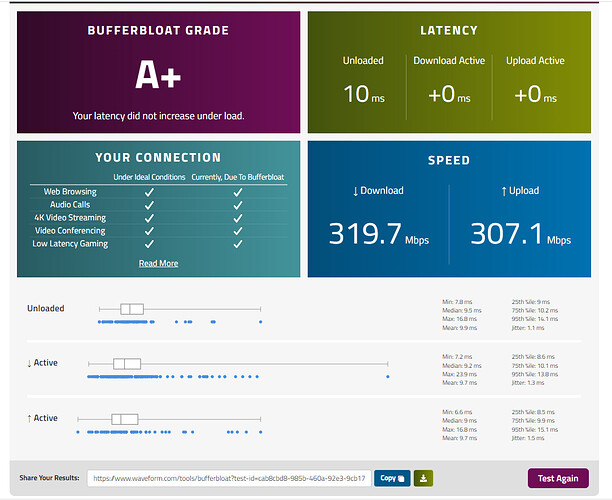 I think you can still get a bit more speed from the rt3200, by switching from cake to fq-codel. But for a full gigabit SQM, you would need an x86 box.

Regarding VDSL, please realize that it is terminated in an ISP box 100-200 meters from your home. In that box, ISPs typically install their own access concentrator, which has VDSL lines on one end and fiber on the other. So the latency advantage may well be imaginary.

ok do you think it's because I reduce his bandwidth so much that this happens? 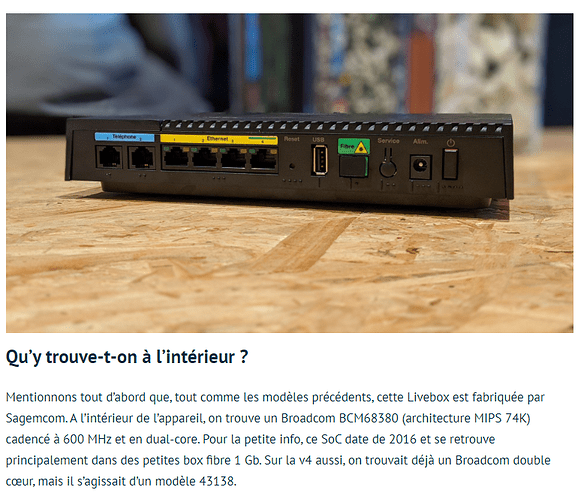 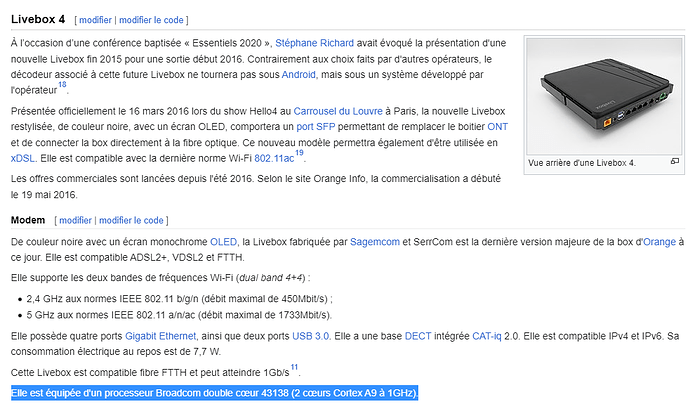 Based on your first waveform screenshot, I would say that the problem is not bufferbloat. It looks more like packet loss with some retransmissions, because they all are concentrated around 140 ms.

Here are my results, over 5 GHz WiFi, without SQM, on Globe Philippines (which is GPON fiber):

As you can see, they don't give me an A+, but still say that this connection can be used for low-latency gaming.

the 4 5 dots grouped on the right means that a group of packages arriving is late? that's right

Yes. However, as they use TCP, these late packets might well be retransmissions due to bad-quality optical cable connections, because that's how TCP hides packet loss. Try reseating the fiber where it enters the modem.

ok thanks for help i will try

The waveform test tries the 'impossible' (veridical delay measurements from within the browser*) and does admirably, I would not take each and every sample and deeply interpret it.

About your brother, what link technology PON or AON does he have, and what speedgrade (say GPON or XGSPON)?

*) Especially Safari is prone to produce/show delayed samples purely within the browser, firefox and chrome seem to be better in that regard, not sure however whether they are completely free of that issue.

hello the test was made from chrome google,

in France we use most of the gpon technology

hello the test was made from chrome google,

Better than Safari, but still a browser test.

in France we use most of the gpon technology

As far as I know soime ISPs use GPON other already switched to XGS-PON, do you know which your brother uses?

Also ant idea about his ISPs segment size? Often ISPs will at most put either 32, 64 or even 128 users into a shared PON segment.

No idea on this, as it is hard to figure this out for someone as bad in french as me. I apologize for this, I should have payed more attention in school.