Hi everyone.
I've downloaded the new release of openWRT (https://openwrt.org/toh/avm/fritz.box.4020) and I am trying to install openWRT on my Fritzbox 4020 either using ftp command with kali or using fritzflash.
With the ftp command once I try to flash the .bin file these errors appear: 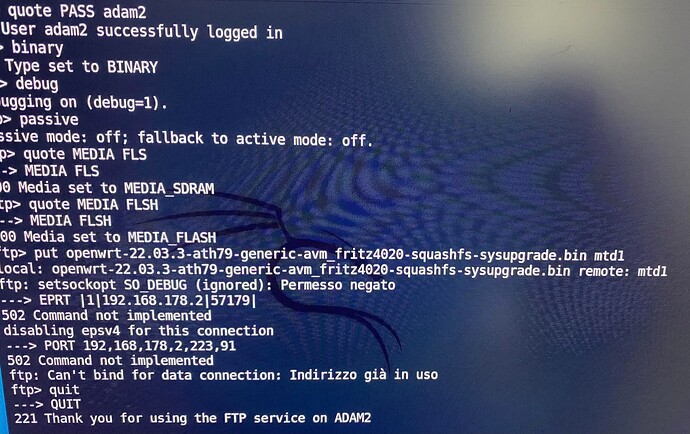 With fritzflash when I launch the python file it tells me it sees duplicate .image files and to use the --image command, but I don't know how to do that.

Is this a Linux or Windows FTP client? The Wiki says it only works on Linux.

Even after typing "passive", it says "Passive mode: off" while this command should activate it. Maybe it's "passive on" or something like that?

Please mark the thread as solved by picking a solution. Was the required command "passive on" or something else?