I can't get what the problem is. If you made a pull request from another repo, there is no problem to do a PR from this one.

But you need also to increase image size. I built with your patch and it works.

I never used concat. I need to check it.

You fork it once. The you can create as many branches as you like and do PRs from each of them.

the image size limit is still only the original firmware size

If we are talking about a sysupgrade image, I am not sure of that. It has nothing to do with bootloader. The question is if sysupgrade can use it properly.

I flashed my version
Performed reset
when to software
made it try to install samba4
room when from 2.3M to 356.4K
it failed after running out of room
so all of flash written to
powered off
hold reset down then plug in power wait for yellow flashing light
go to 192.168.0.1 & Firmware Upgrade System page comes up

So it looks like the unknown partition is not useful at all.

I've just installed openwrt-21.02.0-ath79-generic-dlink_dir-825-b1-squashfs-sysupgrade.bin and this is the new flash layout: 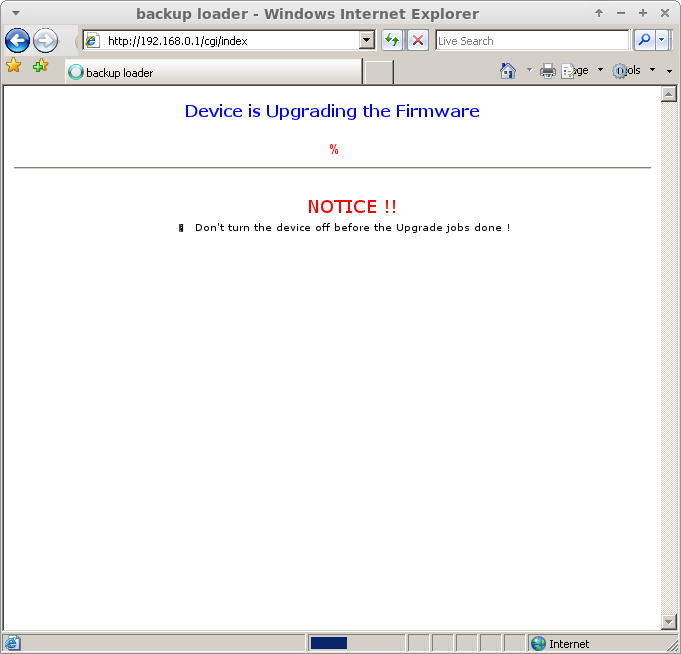 I custom built a ath79 19.07 version of openwrt to flash to my routers. They were already flashed with an older fat version so all I needed to do was update the flash layout to match that of older fat images, being extra careful, and having a copy of the caldata saved in case of emergency. Debricking this router is a pain at least for me because the backup loader is super picky.
it worked great. That was a while ago.
There is nothing special to the "unknown" partition. It makes no sense to have the caldata where it is in the standard layout.
I'll give it a try with the new release. Just need to remember what I did.
I tried to create a new "fat" device but it was too complicated for me. I tried to replicate what the ar71 target does for this router in sysupgrade (like moving the caldata around) but didn't quite manage.

This is because you need to update scripts too. See the initial commit for ath79 and you'll find what needs to be changed for the new layout.

Not too sure... I also made this work by setting the MAC addresses in config/network.

The commit to add this router to ath79 is here.

In theory the MAC addresses are picked up by target/linux/ath79/base-files/etc/board.d/02_network based on caldata offsets but it didn't work for me.

I'm poking at it as time allows...

That is fantastic. Thank you. Much nicer than moving the caldata around.
Problem I have is my routers already have the caldata moved to the end of the flash. One of them in particular is not accessible and only reachable via WiFi so I have to be extra careful on what I do to it. Maybe I'll bite the bullet of flashing it a few times as to move the caldata to where it should be and then use an image with the unused space concatenated.

Thank you for the suggestion. I forget you can do that from luci now. I'm used to dd and scp the caldata out.

I ended up building my own images. Vanilla image for 21.02.0 is over 5MB so the packages I need no longer fit. Only way was to put most stuff in squashfs. Took the opportunity to remove what I don't use. Using the standard image was nice while it lasted.

Ended up building "fat" images as all the routers have the caldata at the end. They are never going back to stock so don't care that much. Only two small changes are needed as @bolvan posted. Everything works great. Here for reference:

I left the caldata unlocked in case I brave moving it back to where it should be. Easy to add read-only once I'm over it.

I hope the future of the router's image will be to concat the unused mtd area. The vanilla image barely fits in the 5.5MB space. Won't be long for future releases to blow over that. @Lucky1, thank you for posting about concat... you may have given this router a few more years life.

Thank you very much @Pilot for keeping this router alive. Much appreciated.