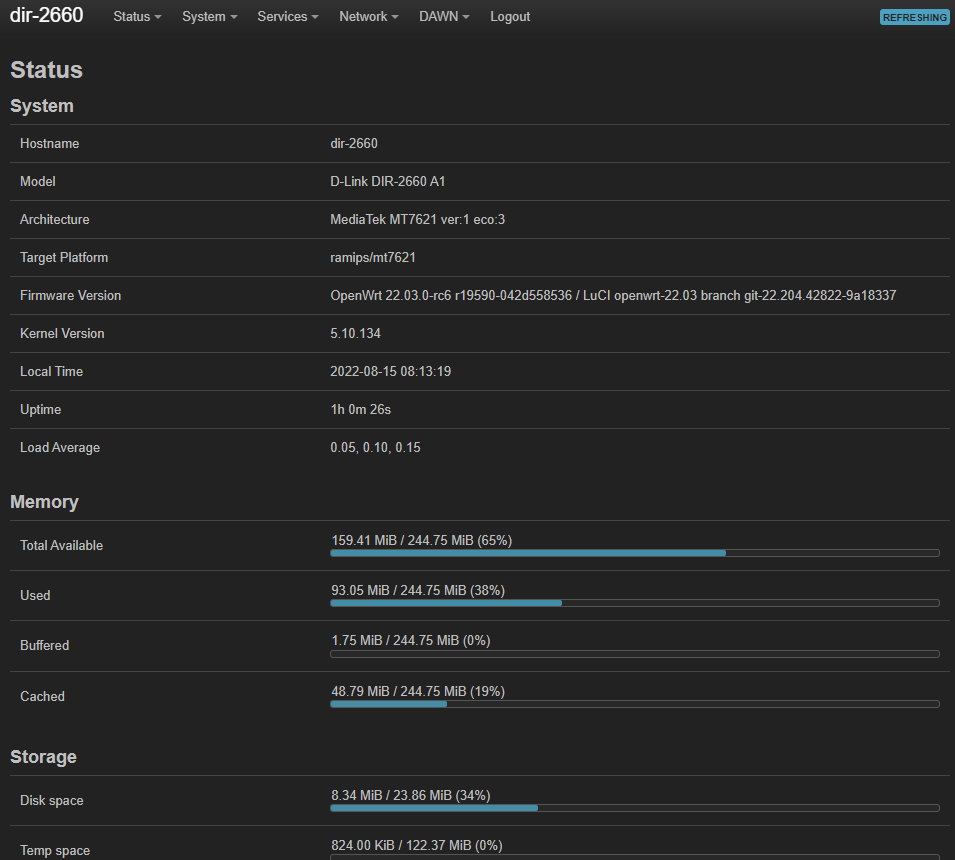 Thank you. If I flashed your firmware, can I revert back to D-Link official?
BTW, I just stop using DIR-2660 (and MIR3P too) since there are some annoying bug like ssh over wifi. 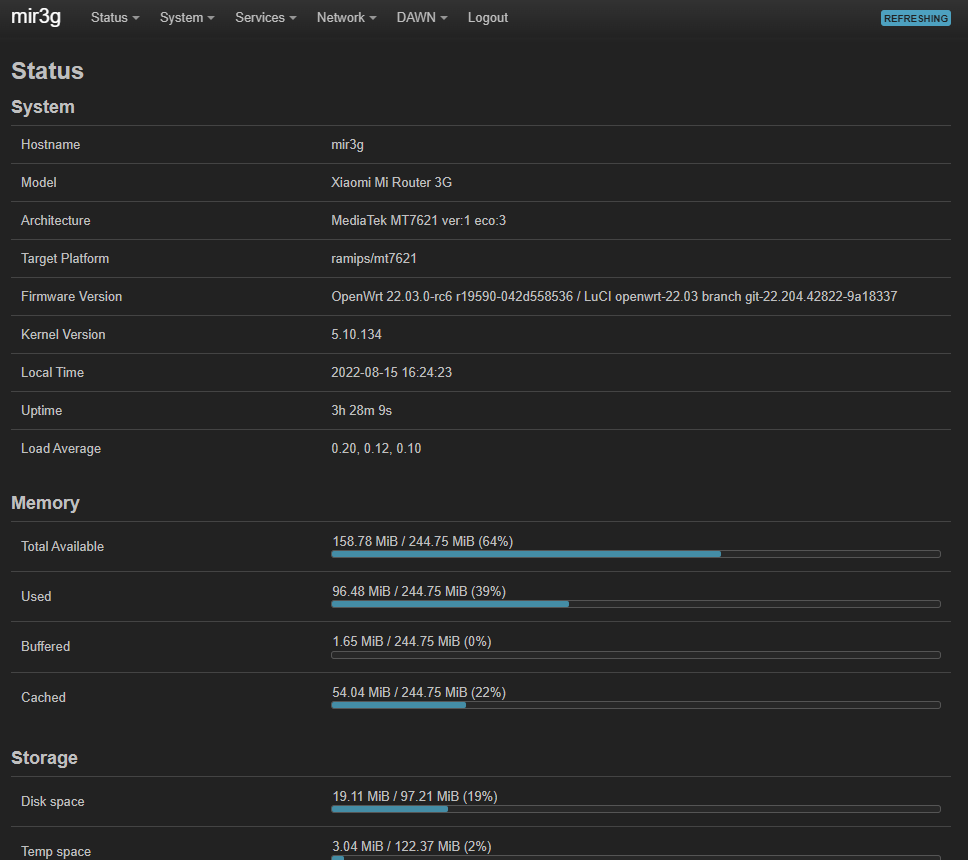 The first picture is almost the same, the difference is:
DIR-2660 with ksmbd
MI3RG with samba4

installs ok with 4.2M still free
i have wdd2 in there as well

Thanks. I'll try again.
After firstboot: 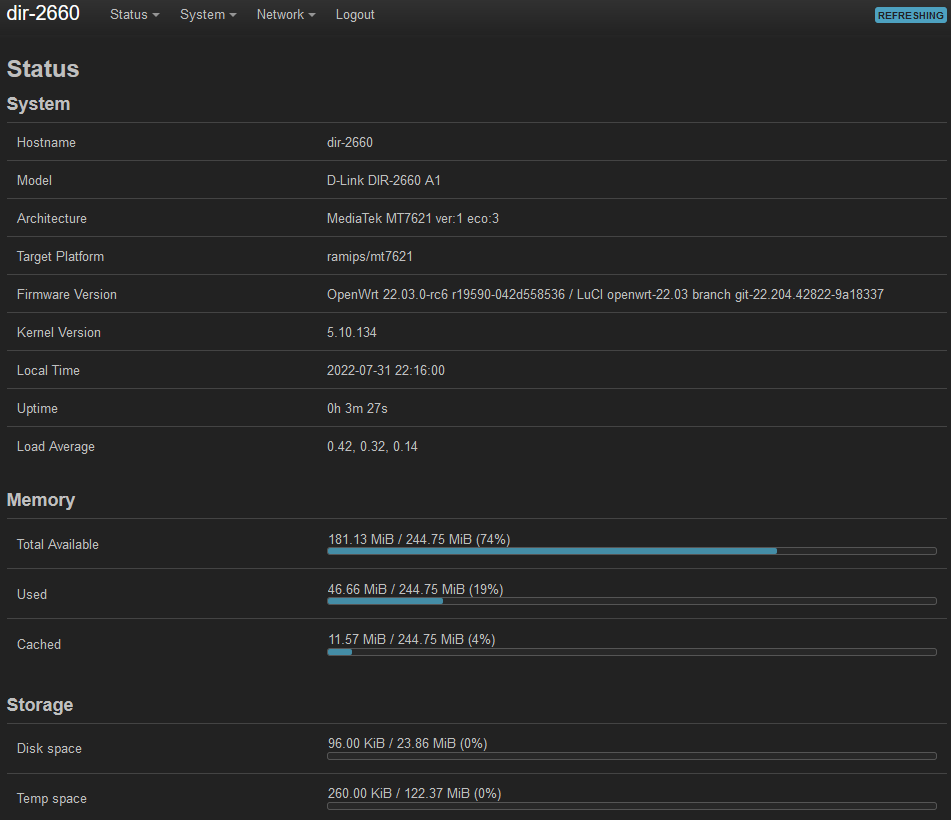 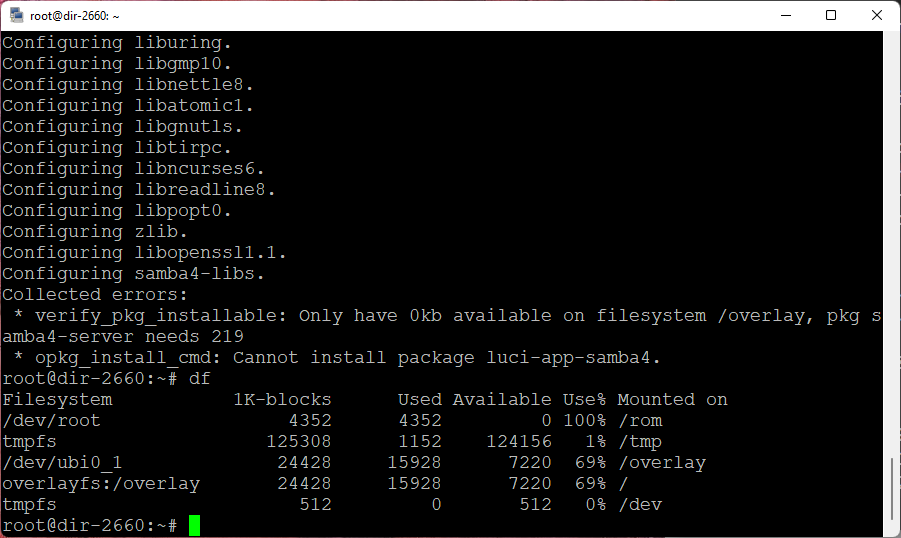 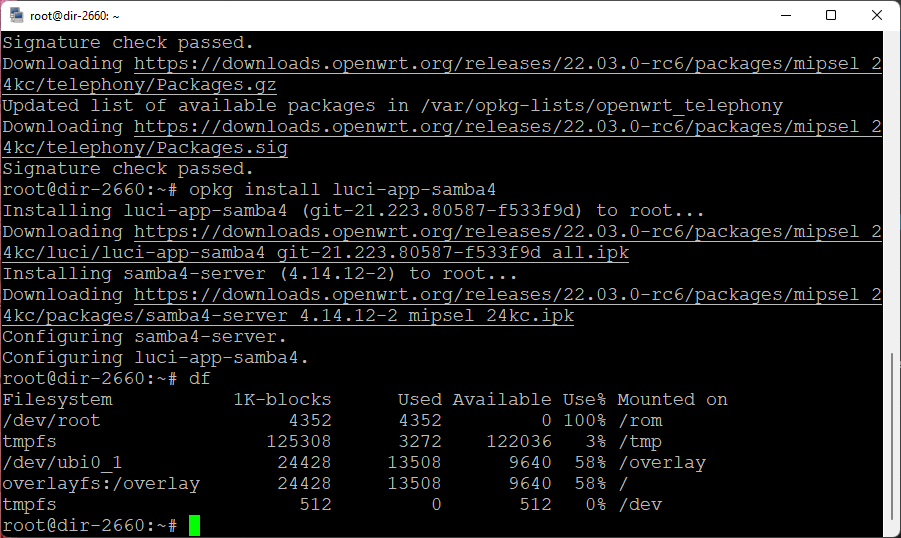