Cyrillic is not displayed in "Hostname" OpenWrt

Cyrillic is not displayed in "Hostname", instead a question mark. What packages need to be installed yet, like everything is worth? 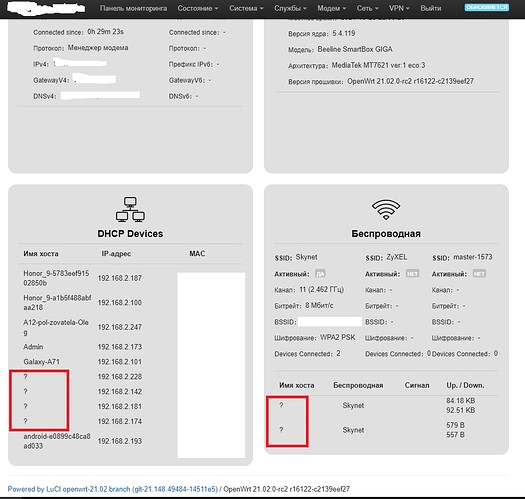 Please see https://www.rfc-editor.org/rfc/rfc952 for reference which characters are allowed in hostnames, it's fairly restrictive and basically [a-z0-9\-] only (with additional rules about where digits and hyphens are allowed at all, e.g. not as the first character). While some of these restrictions have been lifted in https://www.rfc-editor.org/rfc/rfc1123, rfc952 is still the lowest common denominator.

Does it mean that no package can display Hostnames in Cyrillic either?

This means you should not use hostnames containing cyrillic charachters

You may run in trouble beyond this effect in the UI.
This is not a restriction of OpenWRT but of all network services and devices which comply to these standards (what means: Every device/service which wants to be a participant of global/standardized networks like the internet).

Short story to that (that's the way I learned how to name hosts):
Once I accidentaly named a new server with an underscore instead of a hyphen.
Everything was working fine - DHCP, DNS, ... until I tried to install a database server (I think it was Informix). The DBMS crashed during initilization because the hostname was not fine with the standards mentioned above.
Renaming the host did the trick and I could go on with installing the database.

But on RouterOS in Mikrotik everything works correctly. Can't you do that in OpenWRT?

No we can't since we do not implement that proprietary mikrotik protocol.