With OpenWrt 19.07 I have a number of devices (VM, Raspi) each connected with a different VLAN to the router. With this, the devices are isolated from each other on the ('physical') network. 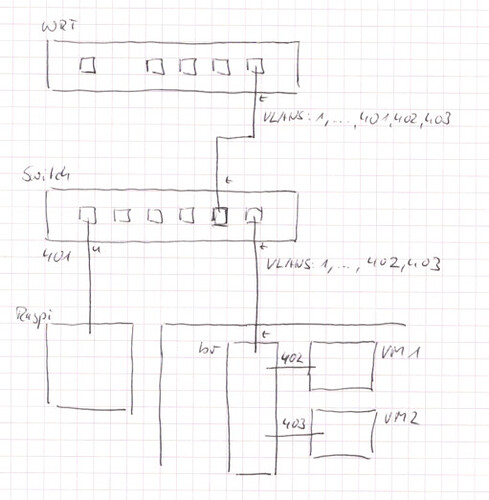 The wanted setup is:

The interface members have been isolated from each other by using kmod-br-netfilter.

And the traffic that should be allowed is defined by traffic rules:

With this configuration the expected result has been achieved. The traffic between the VLANs 401,402,403 was blocked except for the explicitely allowed traffic by traffic rules.

Maybe I'm on the wrong path ans need to use some of the 'other' VLAN options like using MAC VLAN. So any help is welcome.