Yes, I know it sounds insane.

There actually many people that could use this. The idea is something like this: 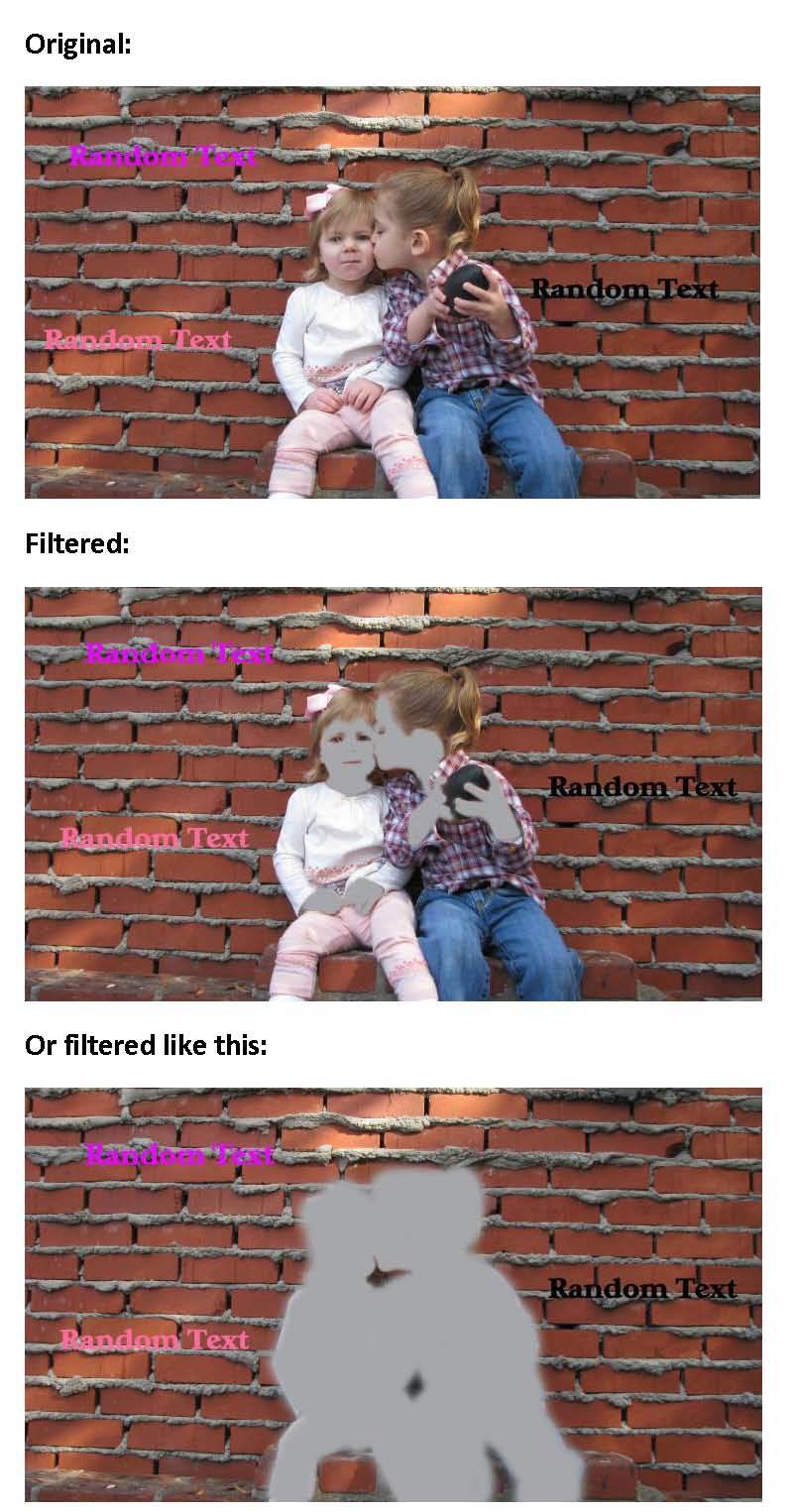 "Religious people" OK dont start screaming at me... The example is not so good as even religious people wouldnt have an issue with this exact picture, just an example, but you can use your imagination.

Yes, I understand a proxy server on a pc is more realistic.

There are actually two commercial products out there that offer this kind of service, but they work as a proxy everything has to go through their servers.
https://gentechsolution.com/

I want to create a simpler free solution that people can put in a router or setup as a proxy on a pc.

Is there anyone out there that this project makes any sense to? Or does everyone think i'm nuts?

Why filtered on external servers? Because they have enough power, that's why. Believe me, it's noa 'a server', they're really huge datacenters only for this service.

Want it locally? Buy some 2-4 octacore Xeons, multi-processor motherboard with 4 16-lane PCI-e sockets and as much RAM as this MB could 'see' and of course 4 the most powerful graphic cards with GPU computing support. Make it together, get or write software for filtering and et voila! You've got blackbox for realtime image processing/filtering. Ready for that?

And this is only my humble opinion, no offence, but this is a reality.

Recently we did a few OpenVPN tunneled deployments where an SSID is bridged with a OpenVPN tunnel to a server sitting somewhere in a data center.

You can then do much more with the traffic since you have the computing power of the data center available to do it.

I thought speed would be an issue, but the broadband connections have progressed so well over the years that its a workable solution right now. In fact you might in some cases experience a speed increase if the ISP's traffic shaper does not handle UDP packets well.

With RADIUSdesk (which is totally Open Source) we automated the whole thing and have it centrally managed...

can you update the meshdesk for openwrt. I tried to make the ipk file according to the tutorial on radiusdesk and I installed the zzz-MESHdesk.ipk file and it happened that my router was damaged and couldn't boot