I need it for software developing. I can capture the traffic on my laptop, but I need it for my mobile phone. This could capture it, but idk where to start. I have already tried something with tcpdump and with iptables, but nothing worked for me..

I need it for software developing. I can capture the traffic on my laptop, but I need it for my mobile phone. This could capture it, but idk where to start.

Not an expert !!! Just copying instructions from random websites but tried once this on my VBox

How To Install WordPress with LAMP on Ubuntu 16.04 | DigitalOcean

WordPress is the most popular CMS (content management system) on the internet. It allows you to easily set up flexible blogs and websites on top of a MySQL backend with PHP processing. WordPress has seen incredible adoption and is a great choice for...

Believe you can find instructions for Ubuntu 14 and 18 too. Good way to figure out how wordepress works and sniff your own traffic to/from web server ! Jeff please correct me if I am wrong ?

please correct me if I am wrong ?

Believe you can find instructions for 14 and 18 too.

Good way to figure out how wordepress works and sniff your own traffic to/from web server !

What does this have to do with OpenWrt???

@Grow needed a way to sniff some https from mobile but somebody told him it is illegal so if he sets up a wordpress server on a vm or just his pc then he could try to sniff traffic from his mobile ( I assume it should go through the openwrt router) to the Wordpress server ? Am I wrong again ?

OK, I read that. It is illegal to sniff others (in most jurisdictions)...but then the OP stated they wish to sniff their own traffic.

( I assume it should go through the openwrt router)

Not through the firewall, unless he does more configurations.

Am I wrong again ?

Well...even if it goes through the firewall, please explain to @Grow...how does he de-encrypt the traffic???

If the OP now wishes to setup a web server for this problem, then they can also de encrypt the traffic there (since the web server has the certificate and is encrypting the traffic in the first place)!

OpenWrt is not needed. Hence, the OP should ask their questions here:

Sorry I meant @Grow want to capture the traffic as per his first post then maybe he has a way to brute force the captured packets ! My fault

maybe he has a way to brute force the captured packets !

That's the problem the OP is experiencing. The OP's other option is to setup a device that decrypts on the fly...that can be done with software located: 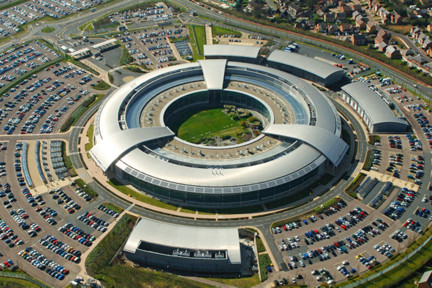 Let's just summarize here and leave it at that:

Is that GCHQ?
I'm totally confused...

Are you implying he can brute force like a state communications agency?

(Also, I didn't mention the word "never" - except to note that on a LAN, traffic doesn't pass through the router.)

Unfortunately, I have to repeat: squids PeekAndSplice will work in many scenarios, i.e. when having own control about the destination host. BUT it will NOT work with other destinations, i.e. which might only accept certs from specific authority.

The cert pinning is a feature of the phone software, if you don't control this software and you don't control the server then you have no business listening to the connection. Realistically in real legit testing scenarios the squid feature will work.

The cert pinning is a feature of the phone software,

... or of the browser. And there are (still) quite a few pinned certs, you can not change or remove.

Yes, on sites where you have no business snooping, banks, security sites, etc. If you are legitimately testing you either legitimately control both the server and client, or at least one of them. I can't see a legitimate testing scenario where you need to snoop a pinned cert and you aren't the one who did the pinning

Thanks @dlakelan now I’ll have to try to figure out about certificate pinning too ....

Any nice Wiki about other then random googling ...

The article discusses how technically valid certificates can be fake, what certificate pinning is, and how it helps ensure authenticity of web sites and other servers. Also the article describes how you can implement Certificate Pinning in...

Thanks for the James Bond reference! It helped me realize that the OP will need to do a lot more, unless the decryption is done at the mobile and server endpoints:

The OP would have to ensure that Perfect Forward Secrecy is disabled.

The best way to capture http and https traffic from (your) devices within your network is to use a tool like dlakelan (2) described.
Get the burpsuite free edition and you can start within 2 minutes to capture http and https traffic by setting up a proxy.
When it comes to bypassing certificate pinning, it is getting interesting; e.g. https://www.nccgroup.trust/us/about-us/newsroom-and-events/blog/2015/january/bypassing-openssl-certificate-pinning-in-ios-apps/

And as long as the purpose is not to specifically "monitoring private communication without the knowing consent of all parties involved", there is no issue with doing it and asking for how to do it.

The topic might not be relevant for OpenWrt (anymore) since capturing traffic on the router might not help in this case and the topic is more or less not related to OpenWrt anymore.

If you're willing to spend some time learning, there's a luci-app-wireshark-helper package for that. Check README and the article linked in credits for more info.