Hi!
I installed a version of openwrt for Archer C20 V5 (BR), but now i want to revert to original firmware.
I downloaded the firmware from tplink site and select flash image via Luci.

But the router was bricked (only network led is on). I try flash the same firmware via TFTP but the behaviour was the same. I try to flash US firmware too and i had the same result.

Anyone have an recovery.bin file from original firmware archer c20?

I installed Openwrt in my Archer C20 but the 2.4GHz wireless was having some problems randomly shutting down, usually when using a lot of bandwidth (netflix, youtube, etc). So I tried to install again the OEM firmware to fix those problems. I used: scp tplink_archer_v5.bin root@192.168.0.1:/tmp/firmware.bin to upload the oem firmware and used sysupgrade -F /tmp/firmware.bin to force to install (I know it is not recommended), but now my router has all LEDs off, and it only turns on the corres…

I really couldn't make the rollback to stock firmware. However surprisingly, i update the version of the openwrt, and after that, the 5Ghz network was work normally!

I used this firmware: 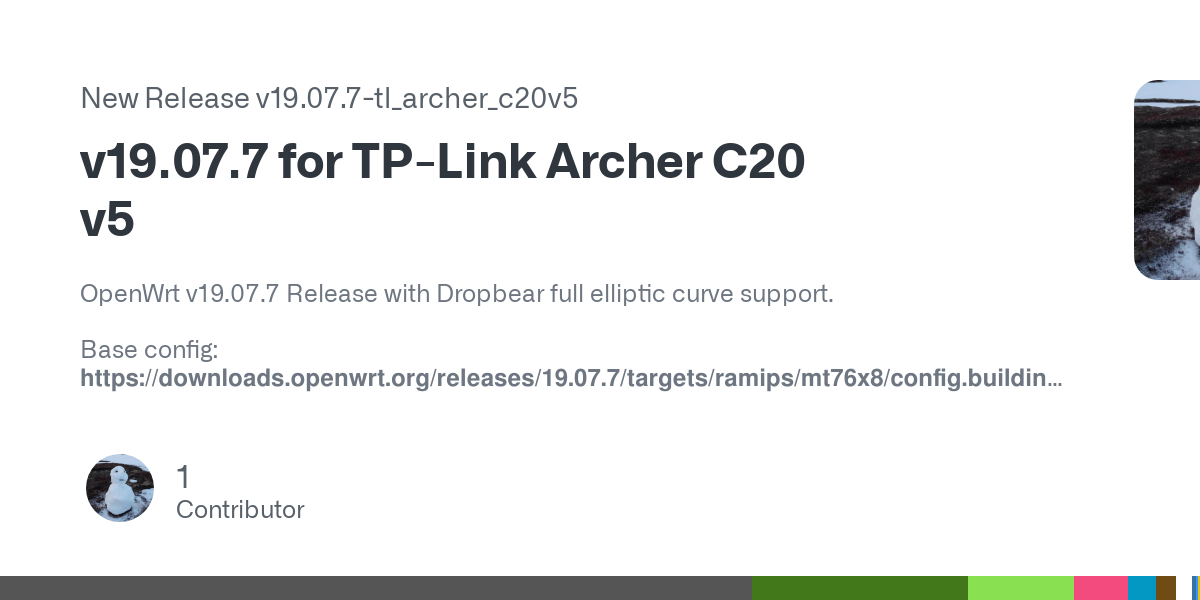