I have a ZyXel VMG4005-B50A and a Linksys WRT32x with OpenWrt installed. I'm in the UK where most ISPs (including mine) use PPPoA.

I haven't been able to get them working. The ZyXel seems to connect but I haven't found a way of setting them up so I can get online.

There doesn't seem to be a ppp-mod-pppoa plugin compiled for the CPU on the WRT32x, is there a way to get it working?

Yes you can use PPPoA with that modem via the WRT32x as I have the very same setup.

With PPPoA (Point to Point Protocol over ATM) you need to to terminate the PPPoA link on a device with an ATM interface. You might be able to bridge the PPPoA interface on the modem with one of the LAN interfaces and connect that to the OpenWrt router.

However in the UK a lot of ISPs will accept both PPPoA or PPPoE automatically dependent on what your gateway wants to use. In that combination you still need the modem to bridge the ATM or VDSL interface with an ethernet interface but it will be possible to terminate the PPPoE link on the OPenWrt router....

There doesn't seem to be a ppp-mod-pppoa plugin compiled for the CPU on the WRT32x, is there a way
to get it working?

As I said PPPoA requires an ATM interface, since WRT32x lacks such an interface there is no use in compiling the modules...

If the user is using ADSL then PPPoA can be ran direct from the modem. 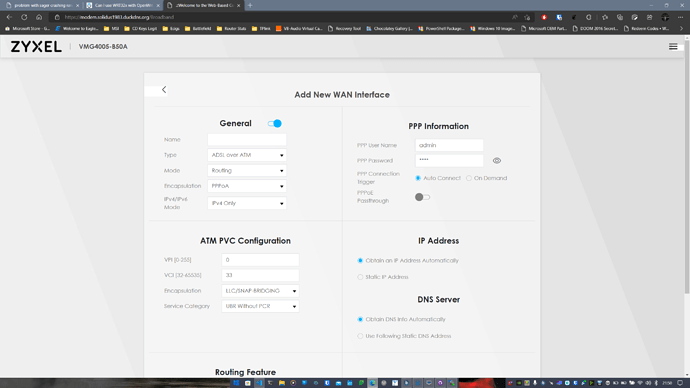 However if like me your on VDSL in the UK they use PPPoE anyways. 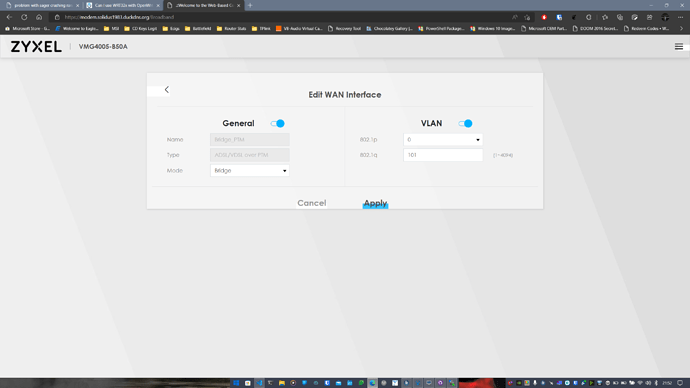 I did try using PPPoE before but it didn't work.

I reset everything and tried again and it's worked, I didn't put in any VLAN settings before because I didn't know what they should be but I tried what you've got in your screenshot this time. Thanks very much!