Actually, even Rust std uses libc for sockets it seems, so I've given up on getting rid of that dependency.
But for ICMP type 8 smoltcp could be nice, since it handles the whole chain, but it doesn't expose type 13, so I'll stick with what I've got for now.

I hope that something like https://crates.io/crates/syscalls will mature and be supported on all architectures in stable, then we could drop libc for the syscall related stuff.

For TCP_INFO, Nix has facilities for getting socket options, but currently doesn't implement TCP_INFO.
The major thing that makes it a bit painful to add (at least for me being a Rust newb) is that the tcp_info struct uses bitfields, which Rust doesn't have builtin support for. So that'd take some research on how to handle.

I gotta say that rust to me looks completely alien

I feel the same way. I have always really liked the look and feel of C and am dubious about the way rust looks.

I checked this list, and the Marvell Amethyst 88E6393X switch inside doesn't seem to be supported, from what I can gather?

I'll check when I get home though.

Are you aiming to run something like libreqos.io or Bracket QOS on OpenWrt? I'm not sure I see the use case. Are you looking for something power efficient to cover a single WISP tower?

For optimizing CAKE in a home setting I'd look more in the direction of something like software flow offloading, not sure how the current state of that is.

@Borromini Switch doesn't matter for this, MVPP2 is the ethernet controller.
I know it has some fancy stuff, but no idea if it has BQL

All: I have been contemplating doing "cerowrt II", or at least, another iteration of the "make-wifi-fast" project from bufferbloat.net. It would have roughly the same scope as cerowrt had had in trying to push the future of open source networking technology forward. That said, I'm not sure what the world needs anymore!! as nearly all my main goals for the Internet at large were met by the ipv6 work, fq_codel and cake, and portions of the homenet project that made it. Those ended up wildly influe…

Beyond fq_codel & cake For Developers

fq_codel and cake have been available for some time. Cake has received a lot of improvements since it has become available. Both appear to not be particularly adequate for consumer embedded routers with MIPS and ARM microprocessors and symmetric gigabit links. Wireless routers have to do even more work when they handle NAT and they are also used as access points. These devices can't handle 1 gbps of traffic when using cake. Software offloading can't work when using ingress shaping. Hardware off…

I have been sucked into helping stablizing the current and next releases of openwrt wifi, and it's beginning to look like many of the power, multicast, and reliability problems have all been solved, thx to the enthusiastic testing and commitment by openwrt's wonderful community, and I really hope rc6 rocks and hundreds of wifi bugs all over can be closed that were side-effects of the mess. But! What I'd actually set out to do months ago was test implementing more than a few latency reducing i…

In my case I'm very frustrated that vendors like mikrotik have only just added cake, and are 6-7 years behind openwrt in many respects. They make good hardware, but....

One of the biggest problems linux has had in the last few years is that it bottlenecks on reads, not writes. Some bleeding edge stuff like vpp and dpdk appeared that could use 1/16th the cores to blast more packets... but lack any method at all at doing good queue control. XDP and ebpf are responses to that while still retaining good egress characteristics.

"Something power efficient for a tower" & well queued & encrypted backhaul would be great! I am allergic to python, but rust seems fast and performant and easier to make run on openwrt/routerOS/vyatta/linux/etc

PS if you (or anyone) can figure out a way to poll tcp_info in rust in crusader, it would be GREAT. For those here that haven't played with it yet, it's here: https://github.com/Zoxc/crusader

@dtaht Does this help any?

@Borromini doesn't look like BQL is there. Sigh. It's only 8 lines of code, and makes a huge difference, especially for bidirectional traffic. There's a mini-BQL tutorial over here: http://www.taht.net/~d/broadcom_aug9_2018.pdf

@moeller0 That's on OpenWrt or on Turris OS?

that is an http not https address.

@moeller0 That's on OpenWrt or on Turris OS?

That is on OpenWrt19 based TurrisOS 5.4.3. I bought this thing as I wanted automatic updates (from a source I trust) and it has been delivering; however it currently straggles behind upstream OpenWrt*. But I assume that BQL if available in the old series 4.14 kernel, will also be available for more modern mvneta drivers.

*) This is not a complaint just a statement of current fact, upgrades to a more recent OpenWrt base are in the works and hopefully will be rolled-out soon. If I wanted/dared I could already test the upcoming TOS6.

wow. that is a highly capable river, with xdp and tso support, but no bql. doesn't look hard to add though. https://elixir.bootlin.com/linux/v6.0-rc6/source/drivers/net/ethernet/marvell/mvpp2/mvpp2_main.c#L4417

I'd be happy to help (and I read the PDF you linked to) but my C skills are extremely limited. I'll gladly test any patches you'd have though, ideally for 5.10 (device is on 22.03).

Don't have the hardware, and doing BQL really requires having it, due to how hard it is to find all the sources of resets from code inspection. But I'll put it on the todo list. 1024 tx descriptors is a bit much! At a gbit,
30k (22 big packets), is all bql will put on the ring. Also the flow control to the switch was "interesting", I don't know how much buffering is in the switch itself.

I feel the same way. I have always really liked the look and feel of C and am dubious about the way rust looks.

I tend to agree, but in C it's often too easy to do this: 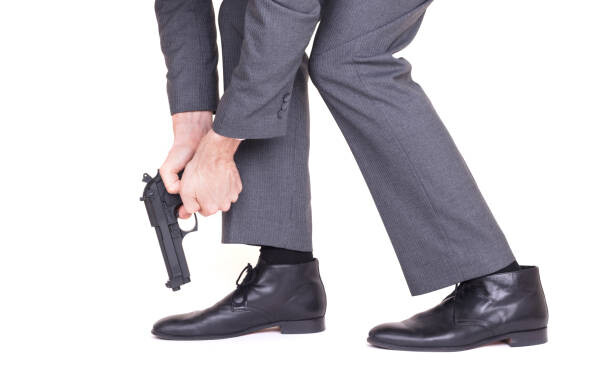 While a bit alien to me as well, I really do like Rust's memory safety features a lot.
Although admittedly I curse at the borrow checker sometimes

Half relatedly I came across this: https://github.com/carbon-language/carbon-lang
Another Google-backed language that aims to be an successor to C++, not ready for usage yet, and likely won't be for a while, but I'll be keeping an eye on it.

What I wish for is a language that works well running inside an interpreter but that can also be compiled... for development and troubleshooting an interpreted autorate implementation is so much easier to work with. (I guess if the compiler and development environment is small enough to include on a router that would also work, but I somehow doubt that is a viable way forward for low storage all-in-one router)...

Seemed more appropriate to continue in the autorate thread, so I've posted my reply there instead

PS if you (or anyone) can figure out a way to poll tcp_info in rust in crusader, it would be GREAT. For those here that haven't played with it yet, it's here: https://github.com/Zoxc/crusader

I toyed around with getting tcp_info from a socket, seems to work, result here: https://github.com/Lochnair/tcp_info_test

I likely won't have time to add this into Crusader, so I'll leave that part for someone else