Here are my requirements:

I've been doing my research on this forum and it basically boils down to WRT3200ACM or x86/x86_64 hardware.

In case of going with WRT router, it's capable of routing 1Gbps? Anyone know from first hand experience? The advantage of going with this router is that creating the vlans and other wifi's should be easier as it's the same config as with the c7.

For the other option, is there a recommended combo? I've seen I would need also a managed switch as most devices doesn't have extra ports. The ones I've seen and are within my capacities are J4105 or i3-5005U mini pc's. In case of going with one of those, how is the complexity to connect the different wifis to different vlans after passing through the managed switch?

I will have a ssid on wifi ap that I want on the same vlan as the ones connected on managed switch, and the others ssids on separate vlan.

I've got data over here that suggests the RPi4 is capable of this ... RPi4 routing performance numbers

It required a little tuning from raspbian, but I think that tuning is default in OpenWrt, at least someone suggested it was already done in the hotplug scripts.

It might do even better in a bonded interface situation which would probably let it engage more cores. Even at 850Mbps it was basically 50% idle. it should go higher than that when aggregating across several streams. Most real world situations the remote server won't have a gigabit to devote to one stream anyway.

Its about $100 with power supply, case, fan and SD card on amazon.

Add a smart switch, and an access point and you're all set. The tl-sg108e is the minimum switch I'd advocate. If you're running gigabit WAN you probably are the sort of person who needs more ports. QoS in the switch is useful.

The download stats for the RPi4 OpenWrt image suggests this is a popular option at the moment. several people have mentioned it working for them. basically haven't seen any complaints.

Jeff has some numbers on an x86 alternative, the Odroid H2, search the forum for that.

how is the complexity to connect the different wifis to different vlans after passing through the managed switch?

It depends on the UI used in your managed switch and AP. generally it's pretty easy, you just set your router to use VLANs on the LAN and guest interfaces and then tell the switch to put the port your routers hooked to into those VLANs... a couple minutes

For the RPi4 I would need an usb3 to ethernet port based on your post, you were getting near 1Gbps shaping? If that's the case then without shapping rp4 should easily handle gigabit.

I've checked the Odroid H2 but seems it's a bit hard to get and then I would need to buy the ram since it doesn't include one. From amazon that's nearing the $200 range. I've found this alternative, which uses the same CPU https://www.amazon.com/gp/product/B07YJ7SN9F would that be good enough for gigabit?

In any of the 3 cases, for the switch is something like this is enough? It's the cheapest one I found https://www.amazon.com/dp/B07PLFCQVK/

New data on that thread I just posted today shows that with the right choice of USB ethernet (use a TP-Link UE300) the Pi routes and shapes a full gigabit at about 10% CPU usage on one core, and 5% on a second core (the key was getting a good USB ethernet).

I don't know anything about that switch first hand, but it should do fine based on spec.

How much ram does your rpi4 have? Also, since it will be using raspbian can I also run pihole + unbound next to openwrt? I assume resources won't be an issue if routing and shaping is taking ~10% CPU

This is the 4GB RAM version. It's only using about 120MB so you could probably do fine as a router with cheaper versions...

It seems like with the right USB ethernet it has CPU power to spare. It seems like you could probably install OpenWrt on the bare metal, install something like lxc, and run PiHole in a container. I don't know. There is adblock packages for OpenWrt

Thanks for your recommendations, it seems rpi4 setup would total about $100 including microsd, adapter and power supply, way below than other options.

I'm already including the adapter in that, and with switch + tax it ends up being $133 on amazon, which is a good price for gigabit routing.

I recently read news about new Raspberry Pi alternative with dual Ethernet port. It wasn't in production yet, but sounded interesting. That manufacturer had another device with 4 Ethernet ports, no WiFi though.

Did you get a case, and power supply at that price? Are you buying a kit, or piecing it together yourself? Make sure it's the version 4!! That's an outstanding price.

This is going to be interesting, USB NICs aren't exactly known to be reliable... 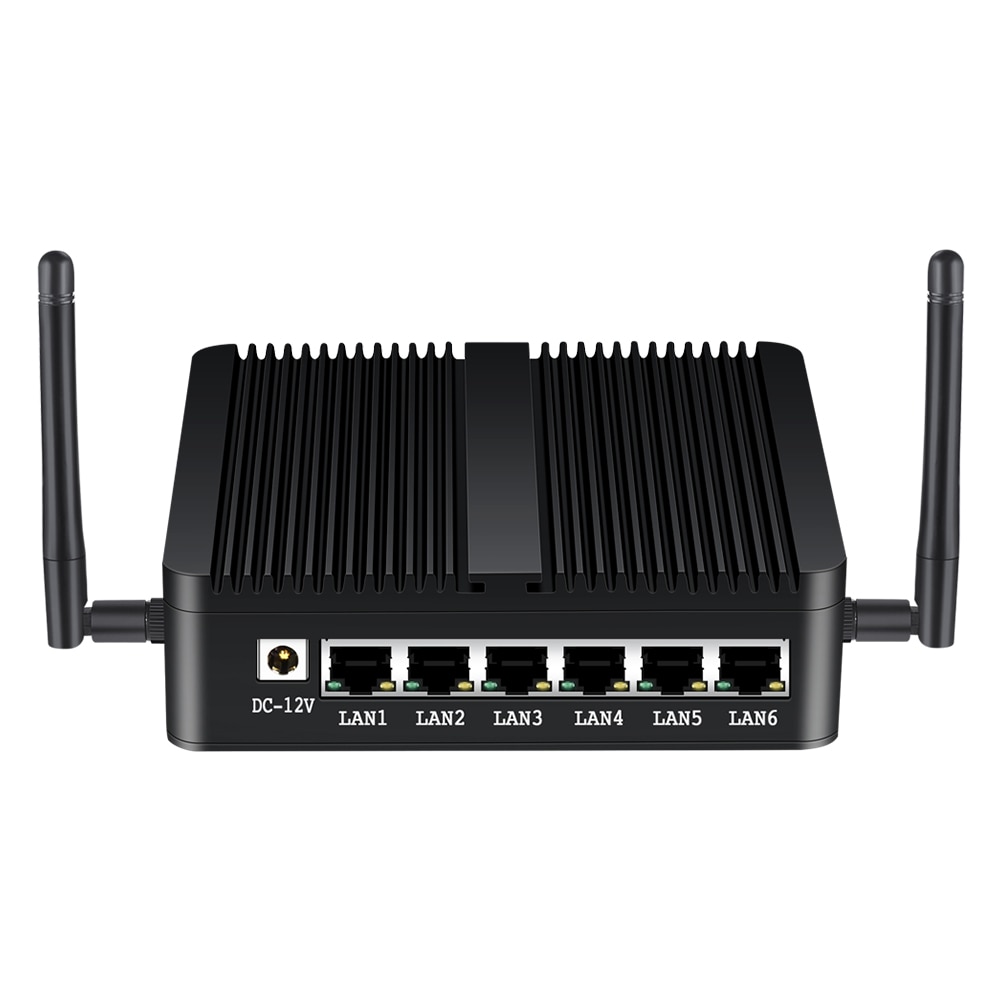 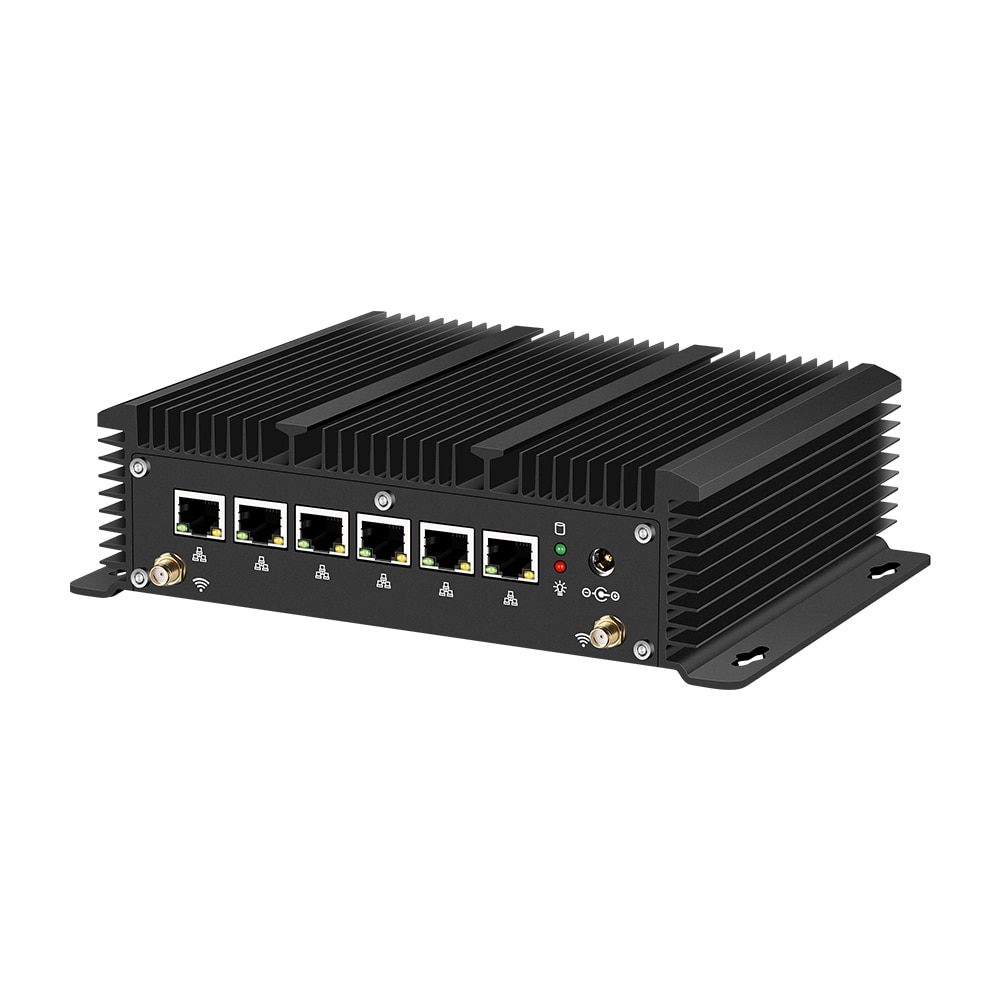 Although I can imagine there are ways for USB NICs to be unreliable, I haven't actually seen people clamoring over the forum saying "my USB NIC doesn't work well, or disconnects or etc etc" which if it was a major problem I would imagine you'd see more often.

If you want to build a little redundancy into the system you could have cron ping your ISP and reboot if it can't... use a shell script, maybe increment a counter, let it reboot up to 3 times... once it stays online more than 5 minutes reset the counter... something like that. You could also use a bonded NIC between the USB and the built-in. If something disconnects it'll degrade the speed but you won't lose connectivity... there are lots of ways to make the whole thing resilient.

For the price, you could get a second one and use keepalived, maybe have it operate in a VLAN mode with just the built-in NIC...

Yes, I haven't seen any. And so far your solution seems to be the cheapest. Btw since you're not running openwrt, can you share the configuration guide you've used? As for doing the interfaces/firewall, I would need to edit iptables and such correct? Since with raspbian there's no "luci way".

There's no reason to use raspbian necessarily. I just did that test in Raspbian, because I am planning to use the Pi for another project where I need Raspbian. Just download an OpenWrt image for the pi4...

you have a choice of squashfs or ext4, if you want it to be more like a "standard" router where you can easily revert things, use squashfs, if you want to install lots of packages you might prefer the ext4

If you don't want to go the x86-64 route I'd have a look at RockPro64 and an Intel dual/quad PCIe NIC but you'd need to run something else than OpenWrt in that case.