Bad Speeds and Ping with SQM

So I've been fiddling with the settings in the luci and can't seem to get good results. SQM usually reduces my internet speeds by 25% sometimes 40% and I still get ping spikes in all games. SQM does make it slightly better, but if someone is using bandwidth I still get ping spikes. Valorant in particular is barely playable most of the time. I think maybe because it uses more upload bandwidth than other games. I have a DSL connection and I usually get 19.5 download and .6-.8 mbps upload, upload can be pretty variable even with no upload traffic. Any help is greatly appreciated.

SQM usually reduces my internet speeds by 25% sometimes 40% and I still get ping spikes in all games.

How do tou measure those ping spikes, and how large are they in relation to the base RTT?

I have a DSL connection and I usually get 19.5 download and .6-.8 mbps upload, upload can be pretty variable even with no upload traffic.

That means that when ever there is another packet in line before your game packets or in the process of being trensferred over the link the game's packet will need to wait for an additional ~20ms, and if there are more than one packet it gets noticeably worse...

As far as I can tell there is not much you can do in that situation. But please try your game with all other traffic sources disabled and no other traffic on the uplink, if gaming works well then, there might be a fighting chance to improve the under-load situation somewhat, but if things are bad even then you are out of luck... BTW, do you use any additional traffic sources in addition to the game like a real-time voice/video chat?

when I have no other traffic and I'm the only one connected there seems to be no problems at all. The ping spikes in game just off of memory can be like 500+ ms or not that big but still causing stutters. I tried putting an 8 mbps download on while playing and my ping went from a stable 44-46 to 70-150 ms and packet loss. with SQM on it seemed like it actually got worse, higher ping spikes and more packet loss. 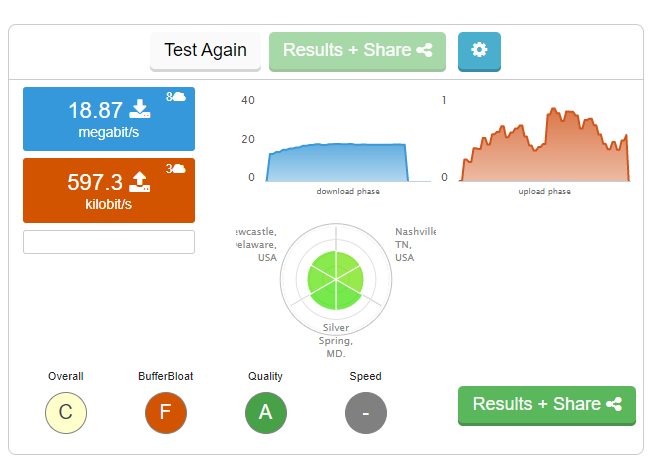 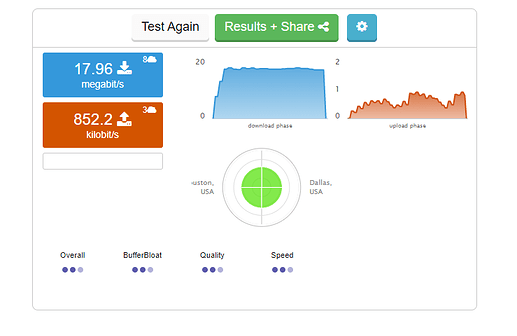 when I have no other traffic and I'm the only one connected there seems to be no problems at all.

Okay, so it is not impossible, then.
Could you please post the output of:

to get a better understanding of the SQM configuration, and maybe also post the statistics page from your dsl modem to get a feel for your link quality? 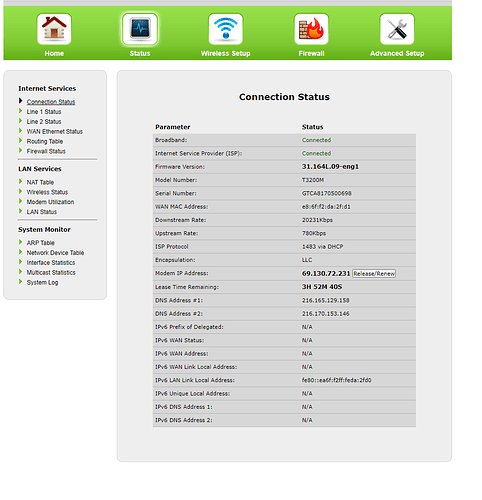 The interface Statistics page of the modem might be relevant here?

Looks suspicious, like some sort of unexpected tunnel layer somewhere. Could you please visit:
https://www.speedguide.net/analyzer.php
and copy and past the content of the text box below the " Share Your Results" header? 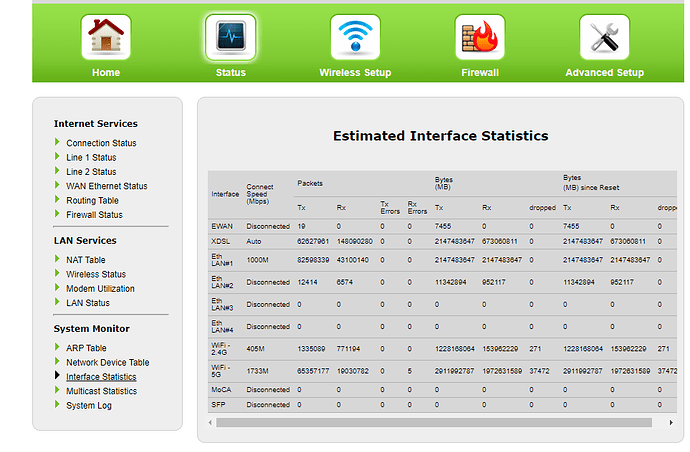 my openwrt router wasn't getting internet when I turned bridge mode on my isp router so I just left it off, idk if that matters or has anything to do with this. I don't know what a tunnel layer is

Mmh, that page is interesting, but not what I hoped for, I guess Line [1|2] Status might actually show DSL error counters?

What router are you running? It could be out of CPU cycles.

my openwrt router wasn't getting internet when I turned bridge mode on my isp router so I just left it off, idk if that matters or has anything to do with this

Mmmh, I wonder that ISP router, does that offer WiFi by chance? And are other devices connected to the ISP router, either via cables or WiFi when your problems occur?

it does, I usually have it disabled though and the same problems happen with it off. I have the isp router connected to an edge router x running openwrt and a unifi access point connected to that

do you think there's anything I can do

Mmmh, nothing quick, but if you are dedicated enough you could try to figure out wha/where goes wrong.
I would, for example try to figure out a the IP address of one of the servers you play on and then use mtr to monitor that network path for a while, ideally while playing:

then look at the best, worst and average RTT columns. Expect the RTT to gradually rise along the path (typically seen in the best column), but if there is one hop with a stepp RTT increase and all later hops also show a similar increase that would indicate congestion along your network path.
If that hop is your router or the ISPs end of your link, you have a decent chance of improving things with changing your SQM config, if such a congested hop appears later along the path, there is not much you can do from your end (except talk to your ISP, if you are lucky).

Now, since without competing traffic things seem to work, I would assume that maybe we can improve things a bit. First add the following to your /etc/config/sqm:

This will configure per-internal-IP-fairness for both up- and downstream. Given your small upstream you might need to disable this for the egress direction (but test first), by deleting the eqdisc_opts line.

How about you try this, with and without competing traffic and we than take it from there?